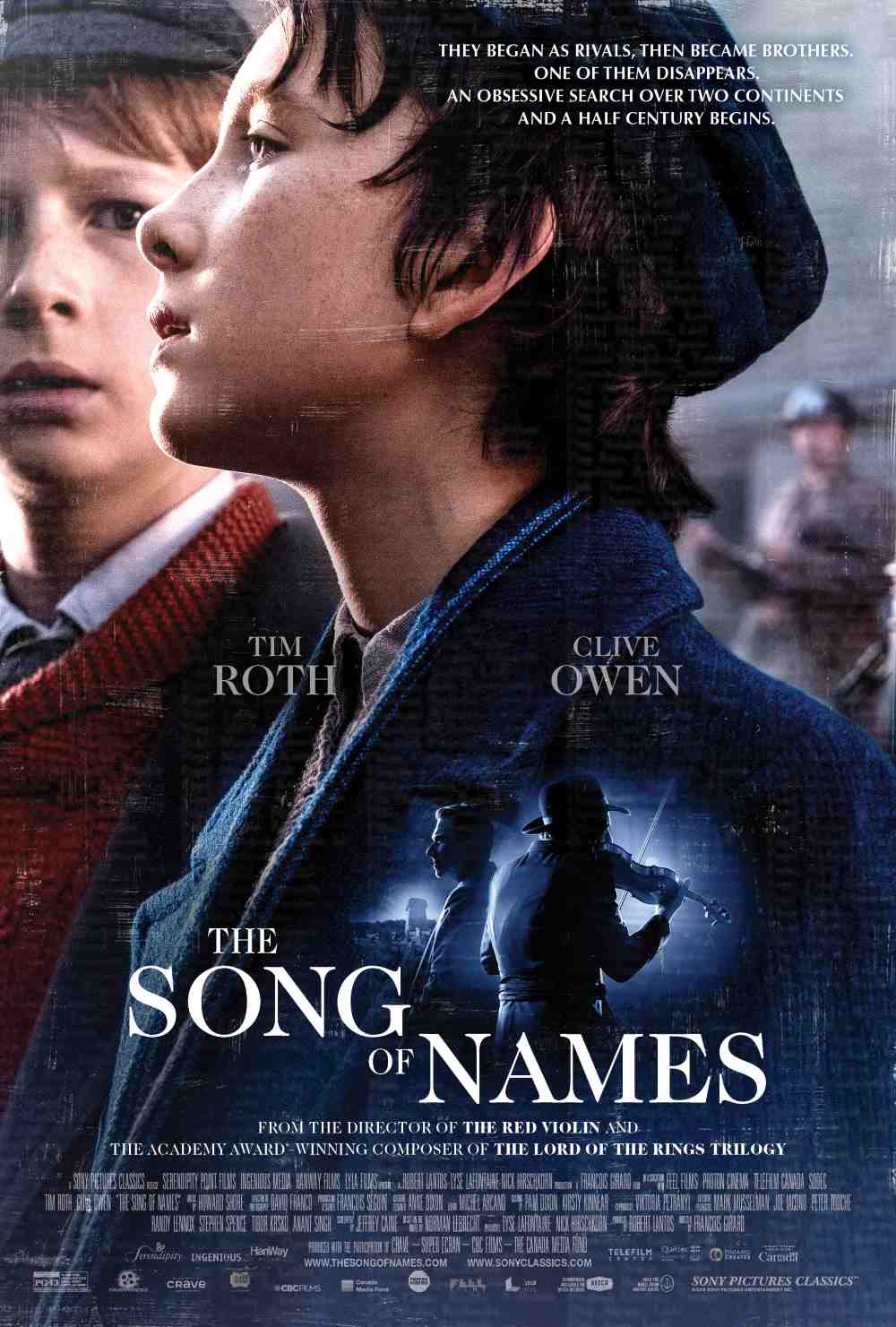 The Song of Names, released in theaters December 25, is a touching, beautiful, impactful, and important film you won’t want to miss this year. It proves that one story about one life can affect generations; although, at times, hard to watch, the film’s rich history transcends. Photo Credit: imbd.com

The Song of Names, released in theaters December 25, is a touching, beautiful, impactful, and important film you won’t want to miss this year. It proves that one story about one life can affect generations; although, at times, hard to watch, the film’s rich history transcends.

Directed by Francois Girard, produced by Robert Lantos, written by Jeffrey Caine (adapted from a novel by Norman Lebrecht), and original, daunting score by Oscar-winning Howard Shore, the film jumps between 1938, 1951, and 1985. The Song of Names makes efforts to combat antisemitism through its haunting mise-en-scene, intense camera angles, and, sympathetic, strong protagonists.

The main characters, played by Tim Roth and Clive Owen, share the stories of Dovidl Rapoport and Martin Simmonds. Rapoport, a Jewish violinist from Warsaw, is taken in by the Simmonds family in London, just before the start of the Holocaust. The film revolves around the lives of Rapoport and Simmonds, two boys who form a tight bond, although stubborn about it at first. They survive the London blitz as new brothers.

Rapoport, a Jewish violinist from Warsaw, is taken in by the Simmonds family in London, just before the start of the Holocaust. Photo Credit: Twitter

The climax of the film erupts on the day when Rapoport disappears off the face of the earth, the same day he is meant to make his musical debut at a concert hall in London. Decades of years later, Simmonds is still looking for Rapoport: a tragic tale of brotherly love.

When Lantos, the film’s producer, first read the novel by Norman Lebrecht, he knew, at that moment, that he had to bring the story to life, that he had to share it with the world, through film. The content of the story, he said, is a unique way of showing a Holocaust anecdote “in an original manner and an emotionally compelling manner.” The motif of music in the novel brings “the horrors of the Holocaust back to a contemporary audience without forcing people to come face to face with living skeletons and images of horror.”

Lantos said that his parents, both Hungarian Holocaust survivors, decided to mask their Jewish identity when he was a child, praying that “the solution to sparing their son of the horrors and persecutions that they had lived through was to forget all about being Jewish.” He has made it clear, though, that this film’s motivations is directly linked to the immense concern of today’s increasing rise in antisemitism all around the world. 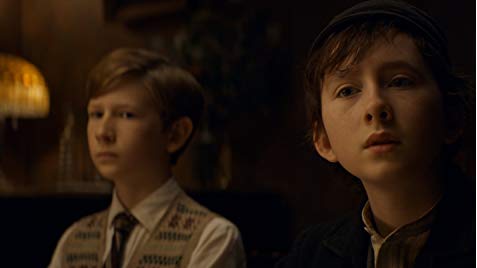 The film revolves around the lives of Rapoport and Simmonds, two boys who form a tight bond, although stubborn about it at first. They survive the London blitz as new brothers. Photo Credit: imdb.com

Although it’s true that work on The Song of Names began many years ago, Lantos has felt its significance only grow as a rash of antisemitic incidents continue to spread worldwide. He remarks: “Because in the world in which we now live in, where Jew hatred has found brand new ammunition, and it is firing on all cylinders, and it’s sweeping across Europe and on our campuses in North America, anything that we can do, to not forget… the consequences of that hate and human suffering — anything that I can do to remember, has to be done. If we don’t remember the past, we’re guaranteed to repeat them, to repeat all of its tragedies.”

Lantos is a very strong and well-known filmmaker in Canada. His works include the critically acclaimed 2004 film “Being Julia,” starring Annette Benning, 2007’s “Eastern Promises” with Viggo Mortensen and Naomi Watts, and 2010’s “Barney’s Version,” starring Paul Giamatti. Many of his films, however, have rehashed on the stories of Jews during the Holocaust. He never really wanted to or felt a need to make films that are connected to his Jewish identity, but that all changed with 1999’s “Sunshine,” which is a strong film that tells the story of five generations of a Hungarian Jewish family and, in a sense, parallels his own life story. 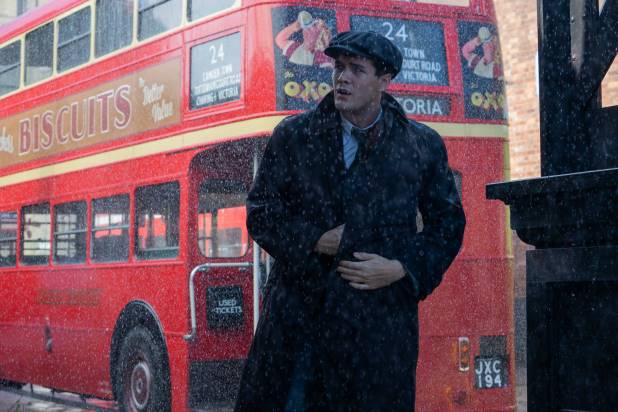 The Song of Names is the first feature film ever to be allowed on the grounds of Treblinka. “We asked for a permit and the authorities read the script and surprisingly they said yes,” Lantos told sources. Photo Credit: Sony Classic Movies

Lantos says that: “Up until that point, I didn’t feel that compelling need” to tell stories of Jewish persecution. But now he says that he “can’t think of anything that is more important to deal with than that in my life.” He continues: “I happen to be a filmmaker. That gives me a way of dealing with it that could possibly make a difference.” After 1999’s “Sunshine,” starring Ralph Fiennes and Rachel Weisz, he stayed with the theme, releasing 2003’s “The Statement” with Michael Caine and 2015’s “Remember,” featuring Christopher Plummer.

The Song of Names is the first feature film ever to be allowed on the grounds of Treblinka. “We asked for a permit and the authorities read the script and surprisingly they said yes,” Lantos told sources. But that day of filming happened to be a terrible nightmare. The cast and crew spent an entire day filming at the site of the Treblinka extermination camp, where almost one million people were murdered in its one year of existence. The site is marked with a memorial to the dead. “It was like being in a state of altered reality. We only shot there for one day. And frankly, I can’t imagine spending more than one day there. The weight of the place is unbearable.” Lantos reported.

Caine’s original screenplay actually contained dialogue for the scenes in Treblinka. However, being on that set deemed too difficult. Lantos explained: “Once we were there, we all felt that the dialogue had to go, because there’s nothing to say there. There’s nothing that can be said that wouldn’t be trivial in the context of what we were seeing with our eyes.”

This is not the only change made to the original story. The novel tells the story of two young Jewish boys living through World War II. The film’s team chose to make the characters of Martin Simmonds not Jewish. Lantos expresses that: “The character of Martin provides an access point. I thought it’d be important to bring to it the point of view of someone who wasn’t steeped from birth in Jewish rituals and tradition.” 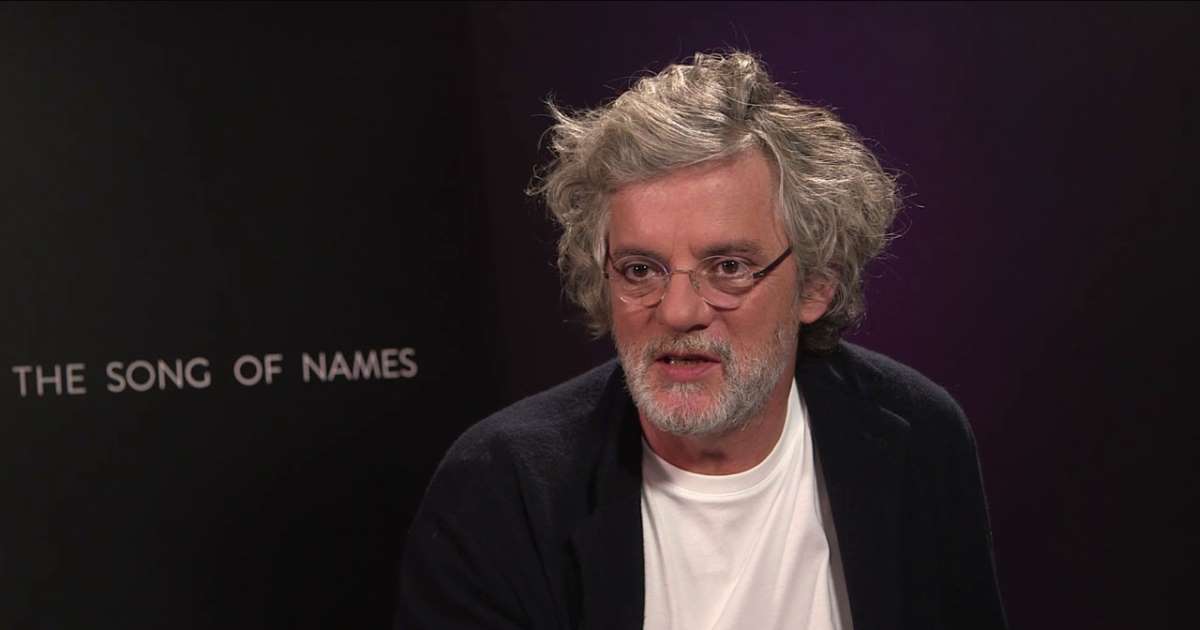 The Song of Names was directed by Francois Girard

Similarly, Rapoport’s connection to his own Judaism is a pivotal theme repeated throughout the film. In one heart-wrenching scene, Rapoport grappled with the ideas of Judaism as a faith and as an ethnicity, ideas that still resonate with us to this day. “Ethnicity isn’t soluble in water, Motl,” Rapoport tells Simmonds, using his nickname. “It’s a skin you’re born in and wear until the day you die. Now religion — that’s a coat. When it gets too hot — you can take it off.” The film’s team made sure to discuss these ideas with rabbis from Reform to Orthodox in order to “try and get every detail that had to do with religion and the period this film was set in” as real and true as possible.

Telling this story, filled with a variety of life lessons about the detriments of different forms of hatred and blatant antisemitism, will send messages far and wide. Lantos states: “This is a story that — in the climate in which we live today — absolutely has to be told. It’s a way to remember, it’s a way to honor the two key words in my entire vocabulary, which are ‘never again.’”