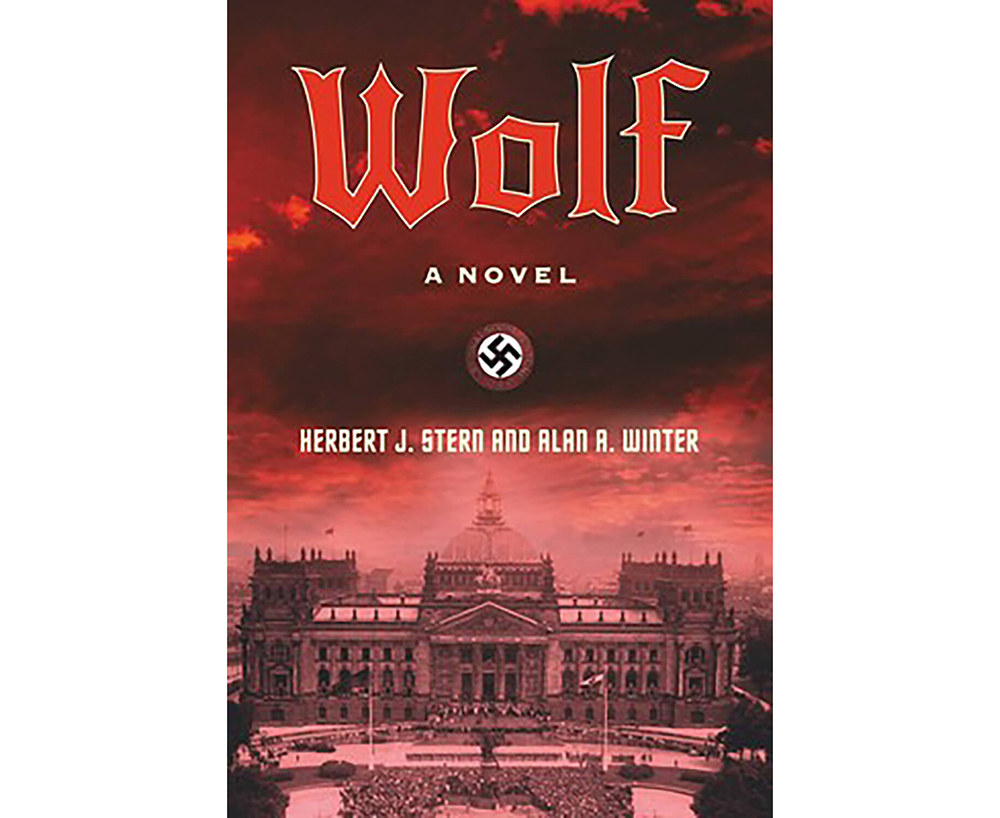 Based on extensive research, the extraordinary novel WOLF, by Herbert J. Stern and Alan A. Winter (Skyhorse Publishing; February 11, 2020), lifts the curtain so that the reader can observe through the eyes of a fictional character, how a seemingly unremarkable corporal who was denied a promotion for lack of "leadership ability" became dictator of Germany. The result is a gripping page-turner, a masterful historical novel. Photo Credit: simonandschuster.com

Perhaps no man on earth is more controversial, more hated, or more studied than Adolf Hitler. Yet many questions remain about his personal life and how he gained power. Based on extensive research, the extraordinary novel WOLF, by Herbert J. Stern and Alan A. Winter (Skyhorse Publishing; February 11, 2020), lifts the curtain so that the reader can observe through the eyes of a fictional character, how a seemingly unremarkable corporal who was denied a promotion for lack of “leadership ability” became dictator of Germany. The result is a gripping page-turner, a masterful historical novel.

The story begins in the mental ward of Pasewalk Hospital as World War I ends. A gravely ill soldier, who has lost his memory and is given the name Friedrich Richard, encounters a fellow patient: Adolf Hitler. Suffering from hysterical blindness, Hitler, also known as Wolf, becomes dependent on Friedrich for help with the simplest, day-to-day tasks. By the time Hitler’s sight returns, the two have forged an unbreakable bond.

Upon release from the hospital, Friedrich heads to Berlin to work as a nightclub bouncer, while Wolf moves to Munich where he focuses on turning a fledgling political club into what will soon become the Nazi party. After accidently killing a man, Friedrich flees to Munich and reunites with his close friend.

Persuaded by Hitler’s convictions about how to rebuild Germany in the wake of its defeat, Friedrich joins the Nazi’s inner circle. Hitler, who in real life often played one advisor against the other – and was not one to rely on any of them – trusts the fictional Friedrich so much so, that he calls upon him to help resolve both personal and national crises that are historically accurate. Throughout the sixteen years covered in WOLF, Friedrich interacts with dozens of people who largely lived the lives the authors depict – from Hermann Göring and Joseph Goebbels to Berlin brothel-owner Kitty Schmidt and film star Lilian Harvey.

While history has painted Hitler as a man unable to forge lasting relationships, the authors’ research has uncovered that, in fact, he built many lifelong friendships. Hitler was attractive to women, and had multiple affairs with young women as well as with the wealthy society matrons who backed the party. These relationships, which are portrayed in WOLF, “have been documented in numerous interviews over the course of seventy years, yet they have rarely, if ever, been reported by historians,” Stern and Winter explain.

During the course of the novel, Friedrich struggles to reconcile his loyalty to Hitler with his own rejection of the party’s anti-Semitism. He never wavers in his friendships with Jews, such as nightclub owner Max Klinghofer and police chief Bernhard Weiss. It is Friedrich who saves Weiss, the highest-ranking Jew in the German police, when Goebbels orders him arrested. After this incident, Friedrich promises Weiss to remain by Hitler’s side in the hope that he can help lessen the severity of increasingly harsher laws meant to drive Jews from Germany.

WOLF is an historical novel that will satisfy history buffs and fiction fans alike. For those who want more, the authors’ meticulous research can be accessed at www.NotesOnWolf.com. In combination, the novel and the notes deftly answer the question: how did a nondescript man become the world’s greatest monster? This is truly a lesson that no one can afford to ignore.

Herbert J. Stern, formerly US attorney for the District of New Jersey, who prosecuted the mayors of Newark and Atlantic City, and served as judge of the US District Court for the District of New Jersey, is a trial lawyer. He also served as judge of the United States Court for Berlin where he presided over a hijacking trial in the occupied American Sector of West Berlin. His book about the case, Judgment in Berlin, won the 1974 Freedom Foundation Award and became a film starring Martin Sheen and Sean Penn. He also wrote Diary of a DA: The True Story of the Prosecutor Who Took on the Mob, Fought Corruption, and Won, as well as the multi-volume legal work Trying Cases to Win.

Alan A. Winter is the author of four novels, including Island Bluffs, Snowflakes in the Sahara, Someone Else’s Son, and Savior’s Day, which Kirkus selected as a Best Book of 2013. Winter graduated from Rutgers with a degree in history and has professional degrees from both New York University and Columbia, where he was an associate professor for many years. He edited an award-winning journal and has published more than twenty professional articles. Winter studied creative writing at Columbia’s Graduate School of General Studies. His screenplay, Polly, received honorable mention in the Austin Film Festival, and became the basis for Island Bluffs.