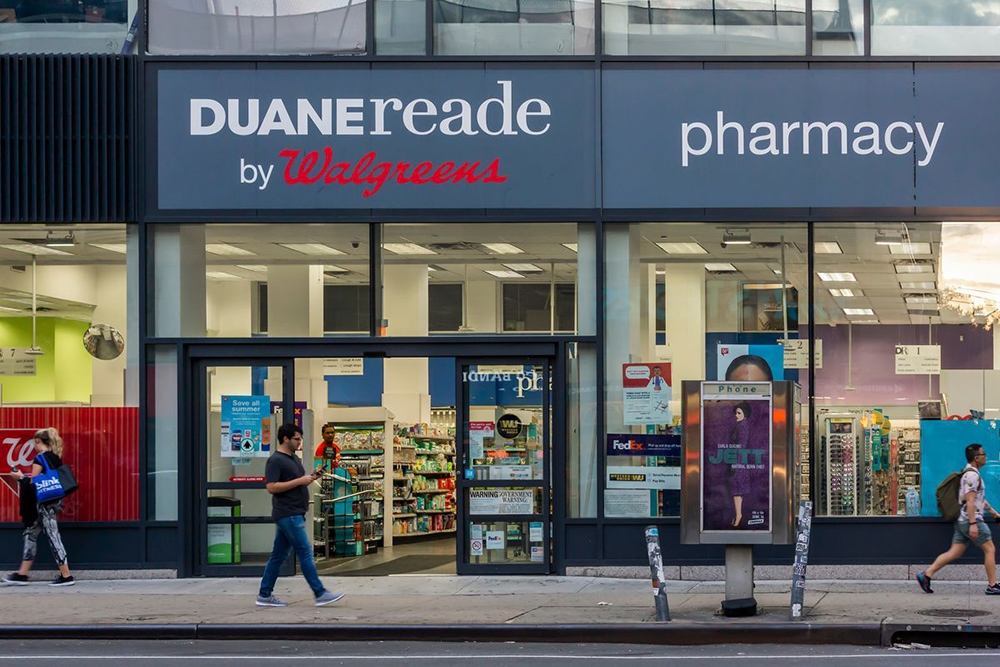 In the boroughs of NYC in 2019, only five national chain-store brands grew by more than 10 stores. The rest have been shrinking in the disheartening report by Crain’s NY. This year has marked a 3.7 percent overall decline in the number of chain stores in NYC.

That year-over-year tumble is the hardest yet recorded by the Center for an Urban Future, a NYC-based think tank that has been publishing a ‘State of the Chains report’ on NYC since 2007. The report looked at 316 brands and found that an estimated third of them shrunk their presence in the city.

Only five chains this year defied those norms and opened 10 or more locations in 2019. Duane Reade/Walgreens led all chains in expansion, spearheading 54 new stores, for a total of 317 NY locations. Starbucks opened 24 new coffee shops between 2018 to 2019, for a total of 351. AT&T made its way on the list with 18 new stores to market its wireless services and cellphones, for a total of 136 locations. CVS similarly added 17 more pharmacies in NYC, for a new total of 170. Dunkin’ Donuts was the fifth on the short list, opening 12 new shops, and maintaining its leads over all chains with 636 locations in NY. Donkin Donuts was named the biggest national retailer in the city for the twelfth year in a row.

Barring the five named retailers, big national chains have actually been struggling this past year. This was the first year that the Center for an Urban Future found a decline in the number of food retail chains, as per Executive Director Jonathan Bowles. The twelfth annual report found the contraction included big names like Subway, which closed 43 NYC locations between 2018 and 2019. Even big names were not immune. McDonald’s closed three stores in New York city.

Faced with fierce competition from e-commerce companies, the brick-and-mortar retailer chains selling clothing, shoes, accessories, jewelry, cosmetics, pet supplies, and vitamins also posted closures and shrunk their NYC portfolios. Notable store closures include shoe retailer Payless, which closed every one of its 71 locations, after a bankruptcy filing in February 2018. Ricky’s, the beauty supply chain also closed all but two of its NYC locations. Mattress Firm and vitamin retailer GNC also led in store closures for the year.

This was also the first year in which all five boroughs of NYC registered declines. Queens led in the closures of chains with a 4.9 percent drop. Brooklyn followed with a 4 percent decline. The Bronx shrunk by 3.8 percent. Manhattan had a 3.1 percent fall, and Staten Island fell 2.4 percent.