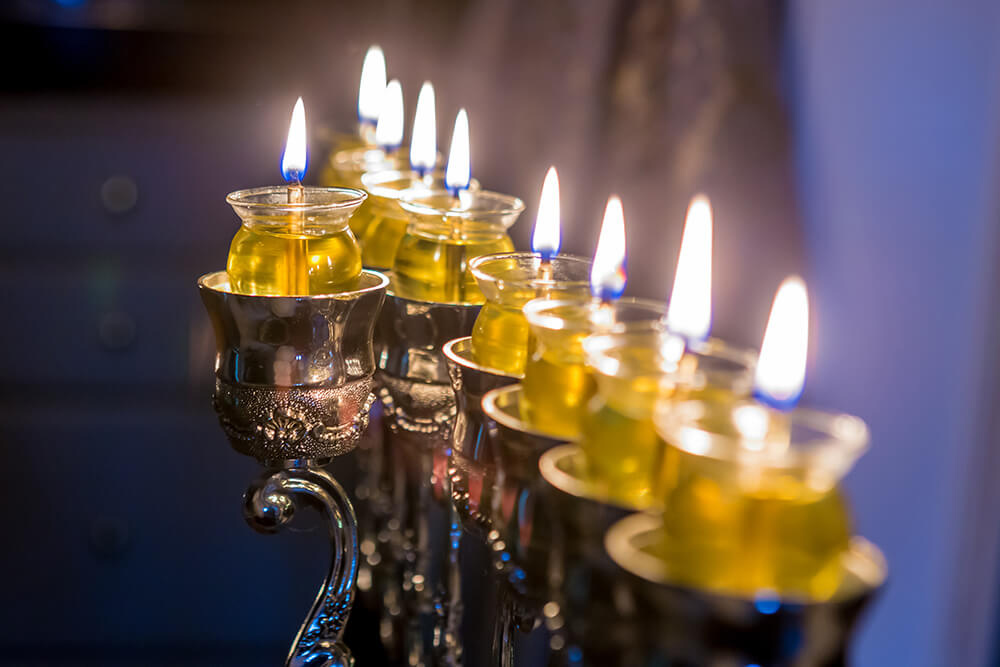 Everything you need to know about the holiday of Chanukah–Hanukkah.

Chanukah (Hanukkah), the Festival of Lights, begins on the 25th day of the Jewish month of Kislev, and lasts for eight days. On the secular calendar, Chanukah generally falls out in December.

This primer will explore:

The Hebrew word Chanukah means “dedication.” In the 2nd century BCE, during the time of the Second Holy Temple, the Syrian-Greek regime of Antiochus sought to pull Jews away from Judaism, with the hopes of assimilating them into Greek culture. Antiochus outlawed Jewish observance –including circumcision, Shabbat, and Torah study –under penalty of death. As well, many Jews –called Hellenists –began to assimilate into Greek culture, taking on Greek names and marrying non-Jews. This began to decay the foundation of Jewish life and practice.

When the Greeks challenged the Jews to sacrifice a pig to a Greek god, a few courageous Jews took to the hills of Judea in open revolt against this threat to Jewish life. Led by Matitiyahu, and later his son Judah the Maccabee, this small band of pious Jews led guerrilla warfare against the Syrian-Greek army.

Antiochus sent thousands of well-armed troops to crush the rebellion, but after three years the Maccabees beat incredible odds and miraculously succeeded in driving the foreigners from their land. The victory was on the scale of Israel defeating the combined super-powers of today.

Jewish fighters entered Jerusalem and found the Holy Temple in shambles and desecrated with idols. The Maccabees cleansed the Temple and re-dedicated it on the 25th of Kislev. When it came time to re-light the Menorah, they searched the entire Temple, but found only one jar of pure oil bearing the seal of the High Priest. The group of believers lit the Menorah anyway and were rewarded with a miracle: That small jar of oil burned for eight days, until a new supply of oil could be brought.

From then on, Jews have observed a holiday for eight days, in honor of this historic victory and the miracle of the oil. To publicize the Chanukah miracle, Jews add the special Hallel praises to the Shacharit service, and light a menorah during the eight nights of Chanukah.

In Ashkenazi tradition, each person lights his own menorah. Sefardi tradition has just one menorah per family.

What Menorah to Light 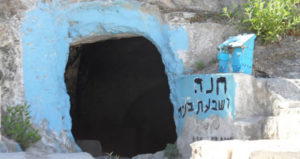 In times of persecution when Torah study was forbidden, Jewish children would learn anyway. When soldiers would investigate, the children would pull out a dreidel and pretend to be playing.

To publicize which night of Chanukah it is, all eight candles on the menorah should be at the same height –and preferably in a straight line. Otherwise, the candles may not be easily distinguishable and may appear like a big torch.

In addition to the eight main lights, the menorah has an extra helper candle called the “Shamash.” As we are forbidden to use the Chanukah lights for any purpose other than “viewing,” any benefit is as if it’s coming from the Shamash.

Since the Shamash does not count as one of the eight regular lights, your menorah should have the Shamash set apart in some way –either placed higher than the other candles, or off to the side.

What Candles to Light

The most important thing is that that your candles must burn for at least 30 minutes after nightfall. (Those famous colored candles barely qualify!) Many Jewish bookstores sell longer colored candles.

Actually, it is even better to use olive oil, since the miracle of the Maccabees occurred with olive oil. Glass cups containing oil can be placed in the candle holders of any standard menorah. Many Jewish bookstores even sell kits of pre-measured oil in disposable cups.

To best publicize the miracle, the menorah is ideally lit outside the doorway of your house, on the left side when entering. (The mezuzah is on the right side; in this way you are “surrounded by mitzvot.”) In Israel, many people light outside in special glass boxes built for a menorah.

If this is not practical, the menorah should be lit in a window facing the public thoroughfare.

Someone who lives on an upper floor should light in a window. If for some reason the menorah cannot be lit by a window, it may be lit inside the house on a table; this at least fulfills the mitzvah of “publicizing the miracle” for the members of the household.

Since the mitzvah occurs at the actual moment of lighting, moving the menorah to a proper place after lighting does not fulfill the mitzvah.

The preferable time to light the menorah is at nightfall. It is best to light in the presence of many people, which maximizes the mitzvah of “publicizing the miracle” and adds to the family atmosphere. The menorah can still be lit (with the blessings) late into the night, as long as people are still awake.

The menorah should remain lit for at least 30 minutes after nightfall, during which time no use should be made of its light.

On Friday afternoon, the menorah should be lit 18 minutes before sundown. And since the menorah needs to burn for 30 minutes into the night, the candles used on Friday need to be bigger than the regular “colored candles” (which typically don’t burn longer than a half-hour).

On the first night, place one candle at the far right, as you face the menorah. This applies whether the menorah is placed next to a doorway or by a window.

Another candle is placed for the Shamash (taller helper candle) which is used to light the others. It is not counted as one of the candles.

On the second night, place two candles in the two far-right positions –and use the Shamash to light the left one first.

The third night, place three candles in the three far-right positions –and use the Shamash to light them in order, from left to right.

Follow this same procedure each night of Chanukah… until all the lights are kindled and glowing brightly!

What is the origin of the dreidel?

In times of persecution when Torah study was forbidden, Jewish children would learn anyway. When soldiers would investigate, the children would pull out a dreidel and pretend to be playing.

The letters on the dreidel are nun, gimmel, hey, shin –the first letters of Nes Gadol Haya Sham – “A Great Miracle Happened There.” (In Israel, the last letter is a Pey –”Here.”) One way to play dreidel is to see who can keep theirs spinning for the longest time. Or alternatively, to see how many dreidels you can get spinning simultaneously.

Another version of dreidel is where players use pennies, nuts, raisins, or chocolate coins as tokens or chips. Each player puts an equal share into the “pot.” The first player takes a turn spinning the dreidel. When the dreidel stops, the letter facing up determines:

(Alternatively, you can play where everyone spins their own dreidel simultaneously. Anyone who gets Nun takes 2 from the pot; Gimmeltakes 1 from the pot; Hey puts 1 into the pot; Shin gives 1 to the person on his/her right.)

On Chanukah we add “Al Ha’nisim” – an extra paragraph which describes the Chanukah miracle – to the Amidah prayer, and also to the Grace After Meals.