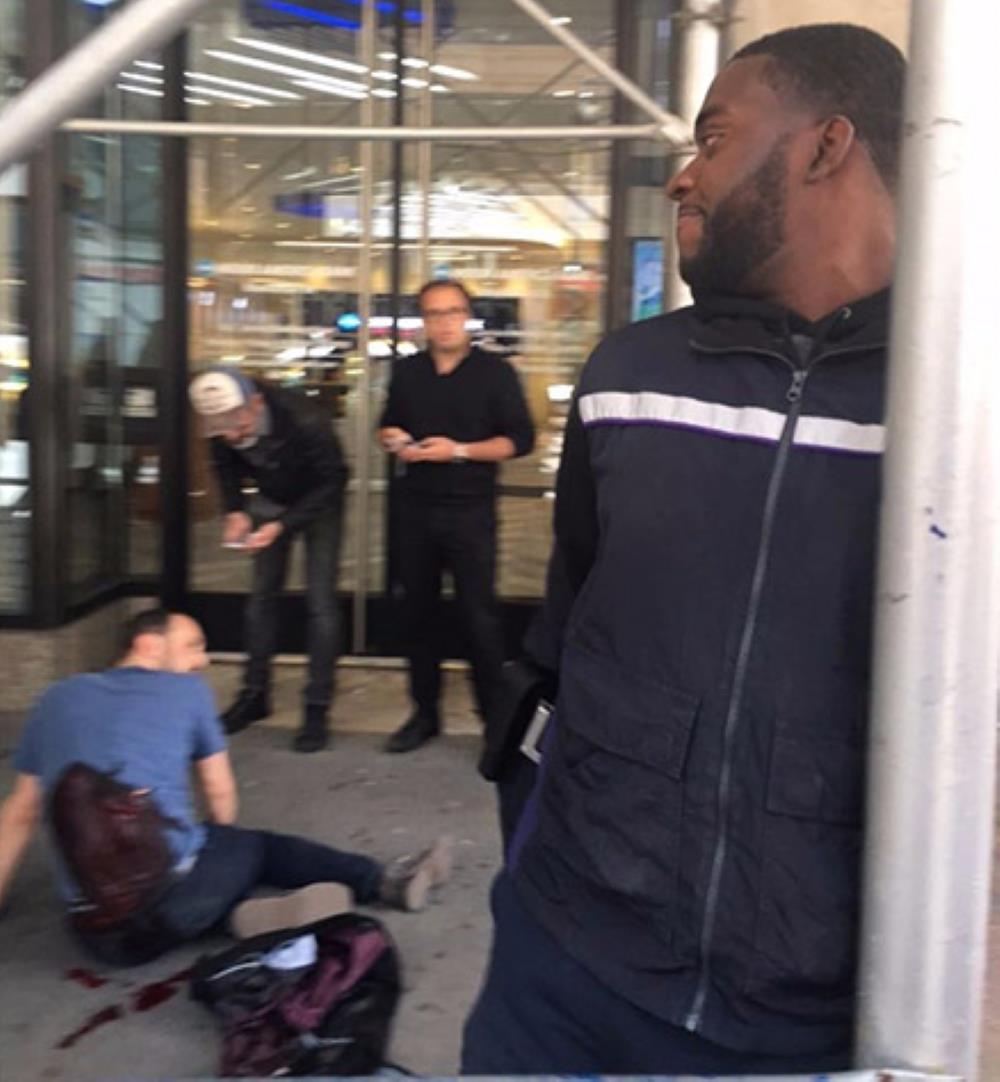 The FedEx employee who repeatedly stabbed Jack Gindi, 28, in the back in the back at a Midtown Manhattan building on Fifth Avenue near 33rd St. on April 23, 2018 has been sentenced to ten years in jail for the attempted murder.

On Wednesday, Tyquan Bailey, 23, was sentenced in Manhattan Criminal Court by Supreme Court Justice Ellen Biben. While announcing the sentence, the judge spoek about the severity of the brutal attack while also acknowledging Bailey’s “serious mental illness.”

The NY Daily News reported that Biben said, “This is perhaps not a perfect solution. We are not yet fully evolved in how we are treating and finding services to prevent these kinds of tragedies.”

At the time of the attack, Bailey claimed that he confused Gindi as someone else who worked in the same building, who he had an ongoing dispute with.

“The guy was bleeding a lot. His whole stomach was cut open,” said a worker selling tickets to the Empire State Building. “I saw when the ambulance got here. They lifted his shirt — I thought he got shot because there was a wound in the front and in the back. It must have been a big knife”, the NY Post reported.

The attack resulted in Gindi having a punctured lung. According to the NY Daily News, Gindi had to relearn how to walk, however the report indicated that he still feels “very anxious and depressed.”

Gindi, a married Orthodox Jewish gentleman from Brooklyn, expressed his compassion for Bailey in the aftermath of the sentencing.

The Daily News reported that Gindi said,  “If he (Bailey) was sane, then the guy should have got much more than 10 years. If he’s insane, he should have definitely gotten psychiatric help. Regardless, the system is not in place to help the victim.”

Gindi also claimed that FedEx would not accept responsibility for the criminal behavior of its driver and did nothing to help him during his recovery.

“The only reason we trusted him in our building and working with our company is because he had a FedEx uniform on, he was on duty,” Gindi told the Daily News.

The Daily News reported that Bailey apologized for the physical and mental harm he caused Gindi and thanked the court for imposing a lenient sentence.