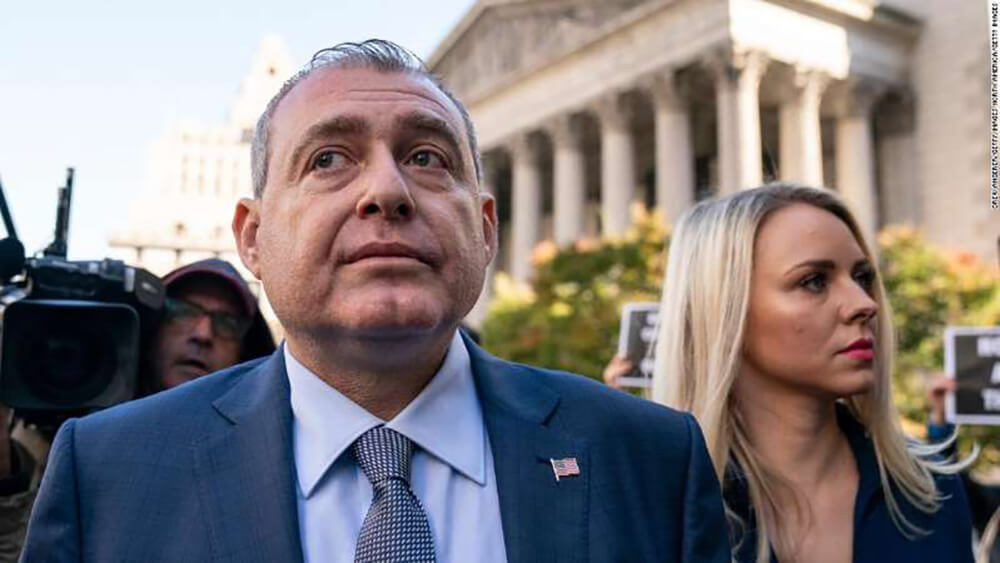 Lev Parnas says he wants to cooperate with the impeachment inquiry aimed at President Donald Trump, but he can’t.

The reason Parnas can’t is that he has never been given back the items that were grabbed by federal prosecutors, and which Congress is now demanding.

“He’s attempting to be compliant,” attorney Joseph Bondy told the New York Post. Parnas is still missing what Bondy called “the lion’s share” of the requested information “through no fault of his own.”

At least 29 electronic devices were reportedly seized from Mr Parnas and three of his co-defendants, including another associate of Mr Giuliani, Igor Fruman, according to The Independent. “During the hearing on Monday, assistant US attorney Douglas Zolkind said that further charges could be brought against Mr Parnas and Mr Fruman, though he did not explain what charges might still be brought. “We think a superseding indictment is likely,” Mr Zolkind said.”

The charges “stem from a federal investigation into Mr Giuliani’s business dealings in Ukraine, where Mr Fruman and Mr Parnas are known to have connections,” continued The Independent. “The two associates, meanwhile, have been charged with campaign finance violation charges stemming from an alleged effort to influence American elections. The push for the release of documents comes after reports that the House Intelligence Committee is already in possession of audio recordings, video, and pictures provided by Mr Parnas. It is not clear what that content might depict, and the House committees reportedly only began sifting through them last week.”

ABC News has reported that sources familiar with the matter said last month “that some of the material sought by congressional investigators is already in possession of federal investigators within the Southern District of New York and thus held up from being turned over. It is unclear if this material is what Bondy was asking the court to release to Congress Monday.” So far, Parnas is the only defendant in the New York case to cooperate with the House Intelligence committee’s investigation.”

NPR has reported that former Rep. Pete Sessions, a Texas Republican, “also is cooperating with prosecutors after receiving a subpoena for records and other information related to his interactions with Parnas, Fruman and Giuliani. Parnas and Fruman made campaign donations to Sessions in 2018 and asked him for help getting the then-U.S. ambassador to Ukraine, Marie Yovanovitch, removed from her post. According to the indictment, Parnas and Fruman were working, at least in part, in coordination with a Ukrainian official.”