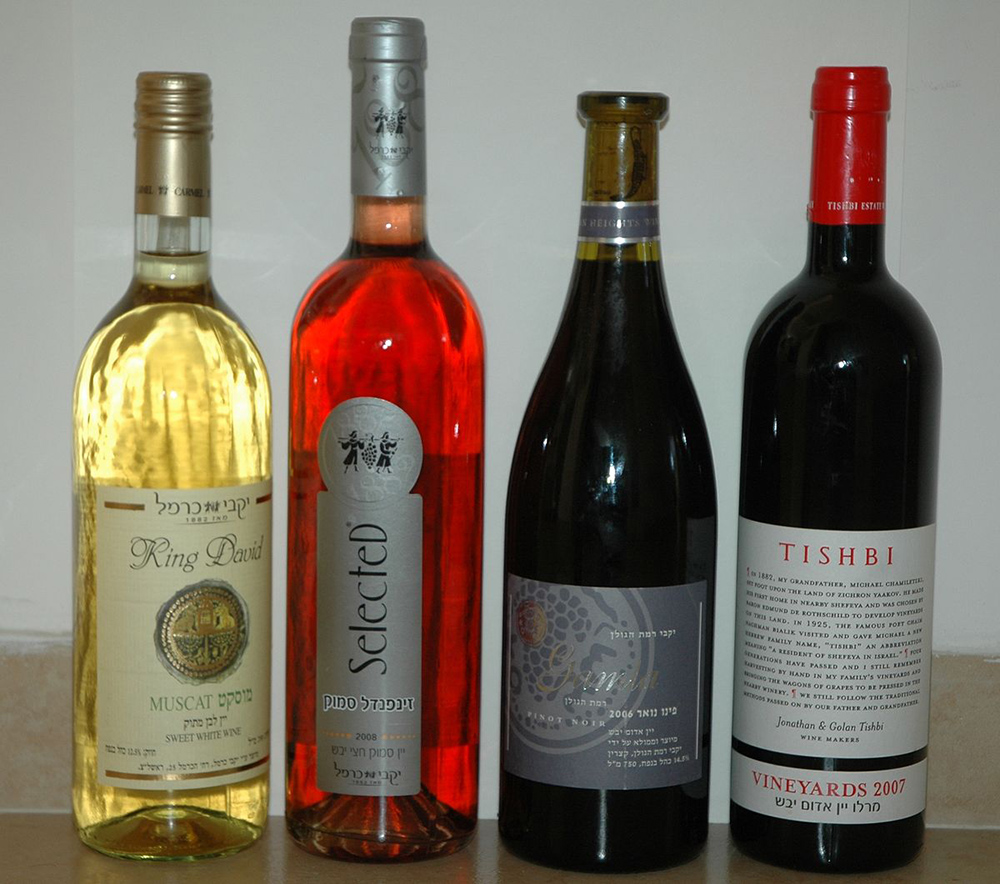 Some brands of Israeli wines that EU countries will be labeling as made in the liberated lands of Judea & Samaria.

Last year, a non-profit organization known as the Jewish Voice Educational Fund was founded by a determined cadre of people who are concerned with issues directly effecting Jewish survival around the globe and close to home. As a federally registered 501c3 organization, the Jewish Voice Educational Fund Inc. persists in furthering its mission to fight anti-Semitism, as it consistently advocates for global Jewish rights, and the security of the land of Israel. Today, the JV Educational Fund is creating alliances with organizations across the globe to identify and expose the faces and forces behind the inflammatory rise in anti-Semitism, thus effectively cutting off sources of support for these dangerous initiatives. 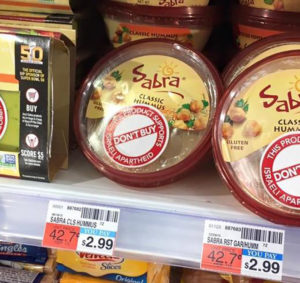 BDS also actively engages in economic boycotts of Israel, with campaigns directed at boycotting Israeli products that are sold around the world. Photo Credit: bdsmovement.net

The main objective of the Jewish Voice Educational Fund is to combat toxic propaganda and empower a world where anti-Semitism is no longer tolerated as an acceptable form of expression.

The Jewish Voice Educational Fund is committed to providing an honest, positive perspective on Israel and Jewish affairs. Amidst the horrifying growth of the Boycott, Divestment and Sanctions (BDS) movement and skyrocketing violence that is the offshoot of anti-Semitic based crimes, our educational efforts are needed now more than ever.

For close to a decade, the Jewish Voice weekly publication has made it its mission to print incisive and thought-provoking articles penned by prominent writers that specifically focus on the nefarious machinations of the BDS movement and the adversarial effect that they have on Israel’s image in the world and beyond. Besides being an organization that is firmly rooted in the most egregious forms of anti-Semitism, the ultimate objective of the BDS movement is to promote complete isolation of Israel in the international community.

Funded by pro-Palestinian groups, a variety of NGOs, forces within the United Nations and even some Jewish groups who are on the far left side of the political spectrum, the BDS movement has gained its strength and tenacity on a vast majority of college and university campuses throughout the United States, Canada and Europe. They are renowned for holding the annual propaganda stunt known as Israel Apartheid Week each year on campuses. It is there that the BDS radicals somehow manage to infect the hearts and minds of college youth through their incessant use of mendacious claims, a panoply of calumnies, half-truths, complete distortions, and spurious research material to buttress their fraudulent hypotheses.

On Tuesday, the Tazpit Press Service reported that Israel has rejected the European Court of Justice (ECJ) verdict making it mandatory for member states of the European Union to label Israeli products produced in Judea and Samaria, eastern Jerusalem or the Golan Heights as stemming from “Israeli settlements.”

A statement published by the Israeli Ministry of Foreign Affairs described the court verdict as “a tool in the political campaign against Israel,” while “the ruling’s entire objective is to single out and apply a double standard against Israel.”

Foreign Minister Yisrael Katz stated that the ruling “is unacceptable both morally and in principle.”

He said he intended to work with European foreign ministers to prevent the implementation of “this gravely flawed policy, which contradicts Europe’s position that a resolution to the conflict must be advanced through direct and unconditional negotiations, and not through legal rulings”.

The Jewish Voice Educational Fund has been formed to serve as a veritable bulwark; aimed at speaking truth to power as we confront the lies and pernicious motives that are promulgated on a daily basis by the BDS movement.

This is a clear cut case of a tendentious court ruling that was mindfully implemented with the intended effect of financially damaging Israeli manufacturers who happen to either live or produce their products in the liberated lands of Judea & Samaria. Because the BDSers have successfully defined the propaganda narrative through the consistent use of their own prejudiced vernacular, these lands are commonly referred to as the “occupied West Bank” and nothing could be further from the truth.

In response to such economic boycotts of Israeli made products, the Jewish Voice has initiated by a “Buy Israel” campaign, where we launch a promotional campaign that throws a spotlight on products that are manufactured in the Israeli liberated territories and advertises them to their readership and beyond.

As such, the BDS movement launches, (among others), academic boycotts such as preventing Israeli professors from speaking at universities around the globe by means of harassment and bullying. They also engage in economic boycotts of Israel, with campaigns directed at boycotting Israeli products that are sold around the world. In addition, the entertainment field has a vocal supporter of BDS named Roger Waters of the iconic rock band Pink Floyd. Waters’ chief priority is to persuade entertainers, especially musicians from going to Israel to perform in concerts.

The Jewish Voice Educational Fund has been formed to serve as a veritable bulwark; aimed at speaking truth to power as we confront the lies and pernicious motives that are promulgated on a daily basis by the BDS movement. Moreover, the JV Educational Fund champions local community issues, helps to strengthen Jewish identity through Torah values, and is dedicated to providing education and highly regarded resources to the people we serve.

The JV Educational Fund holds organizational meetings and seminars with college students who are concerned with the far left-wing political agenda and anti-Israel rhetoric that is fed to them throughout the course of their college and post-graduate careers.

The JV Educational Fund is in the process of expanding their speakers’ bureau in the hopes of cogently addressing the issues affecting Jews of all ages, backgrounds, political and religious affiliations in the New York City area and beyond.

As we have witnessed as of late, the dramatic increase in anti-Semitism in the New York City area demands a response from the Jewish Voice Educational Fund. As such, the Jewish Voice keeps on top of the issue with the regular publication of enlightening articles as well as the establishment of social media groups that motivate even more conversation and the exchange of ideas on this existential issue.

The JV Educational Fund seeks those people who wish to become involved in issues affecting their communities, their city, their country and the entire world. For those who wish to play a crucial role in the perennial battle against the scourge known as anti-Semitism or the detrimental impact of the BDS movement, we encourage them to contact the JV Educational Fund to learn more about what you can contribute to this valorous cause.

Contact the Jewish Voice Educational Fund today and find out how you can help. Please call 718-988-7600 or e-mail us at: [email protected]