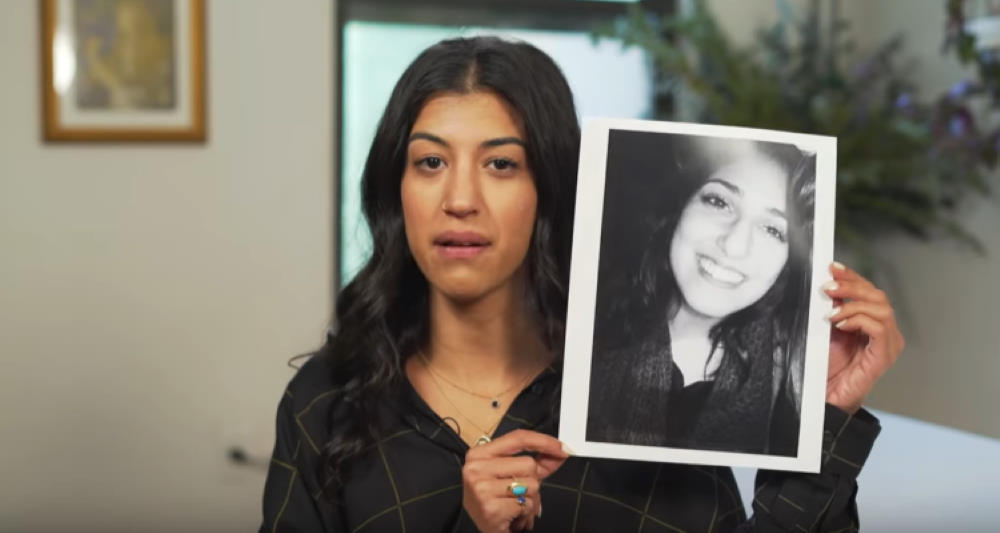 In an interview with JTA on Monday, Liad Goldberg recalled the visit she had with her sister Naama Issachar in the Russian prison where she is being held. (YouTube/FreeNaama/Screenshot)

“My mom saw her a couple of days ago and she’s losing it. She can’t really take it anymore,” said Issachar’s sister

In an interview with JTA on Monday, Liad Goldberg recalled the visit she had with her sister Naama Issachar in the Russian prison where she is being held.

During the interview, Goldberg said that during her visit in August she could only speak to Issachar through a glass partition, and that she personally witnessed her sister being led to the courtroom for a hearing.

“They had her in handcuffs,” Goldberg said. “It’s really sad.”

According to Goldberg, her sister’s emotional well-being is very bad, and their mother who visited Issachar a few days ago feels the same.

“Physically, she’s safe and everything, but I personally truly worry for her emotional and mental well-being,” she said.  “My mom saw her a couple of days ago and she’s losing it. She can’t really take it anymore.”

Goldberg’s account of her sister’s emotional breakdown is in sharp contrast to an earlier Russian media report that said she is doing well.

RT, a Russian news outlet, claimed that Issachar is in good spirits, enjoying yoga and gets along well with her fellow inmates.

Issachar’s sister was quick to dismiss the report.

“That’s not true,” Goldberg said. “She later said that she felt very pressured, that she had no idea that these reporters were coming to speak to her. A lot of that stuff is false information.”

Goldberg emphasized that the family is doing everything they can to get Issachar extradited back to Israel.

“We have hope, because to let her continue sitting there isn’t an option. It’s just not an option,” she said. “But we are really hoping it will come to an end soon because it’s starting to take a toll on our whole family. We’re not breaking, but I think we’re close to it.”

In April, Issachar was heading back to Tel Aviv after a three-month vacation in India. She was arrested before her connecting flight in Moscow for possession of drugs after Russian authorities discovered 9.2 ounces of marijuana in her luggage.

Despite denying she knew anything of the drugs, Issachar was taken from the airport to a detention center in Moscow.

She was then charged with drug possession which often entails one month of detention, a fine and a ban on entering the country. However, shortly afterward, the public prosecutor changed the charge from drug possession to drug smuggling.

On October 11, Issachar was sentenced to seven and a half years in prison. (World Israel News)