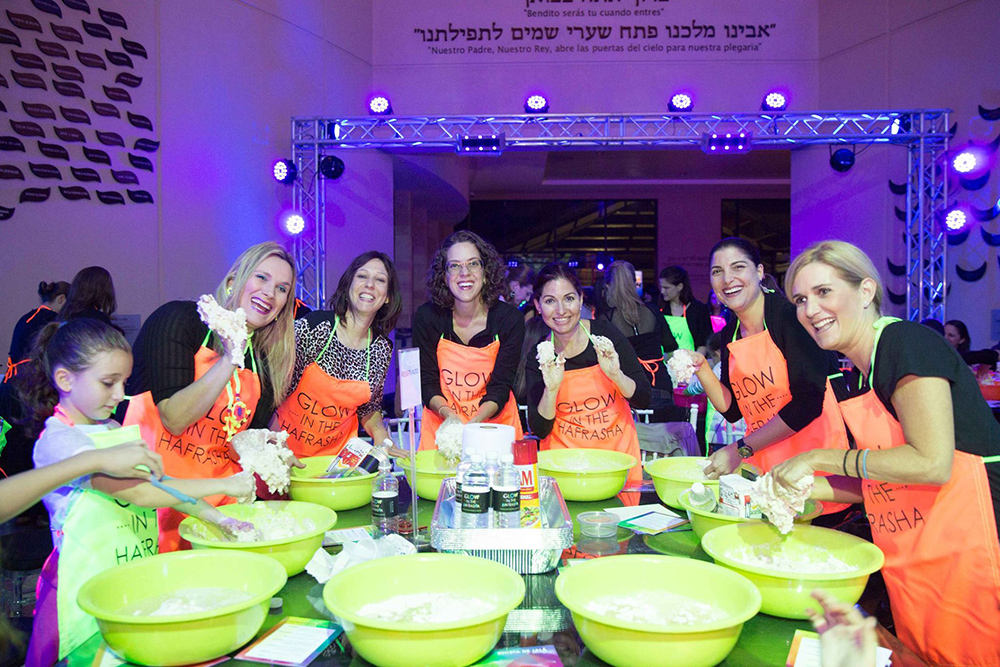 Simon Apfel: People think game theory is simply about making difficult choices, but it’s obviously more complicated than that. What is game theory really about? Can you put it in layman’s terms? 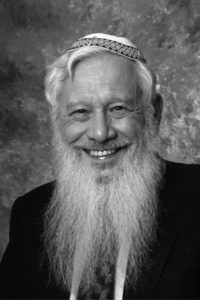 Robert Aumann: “A typical game theoretical situation involves two or more actors striving for different — though not necessarily opposing — objectives, whose choices affect each other in specific ways. Take a typical business transaction, for example: the seller wants to sell the goods for a maximum cost, and the buyer wants to buy the goods for a minimal cost, but both want the transaction to be consummated. Game theoretical principles govern that interaction. The single most important concept is incentive — giving the other player/s an incentive to do what is good for you, creating a win-win situation. Of course, you also see game theory in effect in situations such as international relations, local politics and just about everywhere else.”

What was your specific contribution to the field?

“I’ve made a number of contributions, but the one Nobel recognized me for involved long-term relationships — what we call a ‘repeated game.’ In such a situation, I discovered that it’s more likely that the sides will cooperate than if it were a once-off game. It seems pretty obvious, frankly, but I gained the prize for pinning down the underlying rational reasons why this is the case, and working them into a framework that’s accepted in economics, and fits game theoretic thinking in general. Even if the prize did seem undeserved, I was never going to appeal the decision!”

Recently, I came across a piece in The Jerusalem Post about your experiences at the Nobel prize-giving ceremony. Apparently, the ceremony was held over Shabbat? Can you take us through that experience?

“Actually, it was held directly after Shabbat, which was quite fortunate. In Sweden, in the middle of winter, sunset is before 4pm. It was still a mad rush, however. The organizers were very accommodating, giving us a suite of rooms in a hotel very near the reception. We needed to be ready to go as soon as Shabbat came out. Because one is not meant to prepare for what happens after Shabbat on Shabbat, we got dressed in our formal clothing on the Saturday morning. I wore the obligatory white tails, black tie and tuxedo, and my wife wore her evening gown, and we spent Shabbat day like this, which was certainly a first! We did an early Maariv, at 3:56 p.m. we made Havdallah, and then we sped off to the ceremony.”

You and your wife?

“No, we had an entourage of over 40 people! Our children, grandchildren, colleagues, spouses, all travelling in convoy. Prize-winners were meant to be limited to an entourage of 16, but here, too, the organizers were very accommodating. Most of the other winners didn’t even bring their quota of 16 people, which maybe was why they were able to stretch it for us. In any event, there were enough seats at the dinner for all of us.”

Tell us about the dinner

“A huge affair. More than 1,300 guests in all. The rabbi of Stockholm had very thoughtfully arranged kosher meals that were similar in appearance and taste to the meal everyone else was eating, so we didn’t feel out of place. At the last moment, I remembered to wash and make hamotzi so that this could be a melave malka, but I was a bit reluctant to create a scene by suddenly getting up from the table. At that exact moment, a waiter come around with a large basin and towel, and a bowl of bread, so it was all wonderfully well-orchestrated.”

Apparently, you delivered a Nobel Prize address that doubled as a dvar Torah?

“Yes. After dinner, I was asked to address the gathering. I began the speech with l’chaim, and publicly made the blessing of tov umeitiv, which I explained is recited after you drink a second glass of wine that is of a superior vintage to the first.”

Do any other memories of your Stockholm trip stand out?

“One thing I remember vividly. In the week leading up to the ceremony, all the prize-winners stayed at the same hotel. On the roof of the hotel there was a flag of Sweden, and on each side, the flags from the countries of the prize-winners. Six countries in all were represented. When I walked out of the hotel, they told me to look up — I saw the Swedish flag in the middle, and the Israeli flag next to it. That gave me great pleasure and pride.”

How did winning the Nobel Prize change your life?

“The main difference is that now I have to spend my day talking to people like you! Before, I was wholly consumed with scientific research; now, I get asked for advice, or my opinions on this or that, or to join this or that cause. It never ends. I’m not complaining, though, I actually enjoy it. It’s great that I get to talk to people like you and advance great causes like the Shabbat Project.”

What does Shabbat mean to you?

“It’s six days of work followed by a day that is different. On Friday at sundown, candle lighting time, the world stops. I get off the bus and catch the next bus in another 25 hours. These 25 hours of Shabbat are magical, sacred; time spent in a different world.”

Can you explain what you mean by “a different world?”

“Well, on a recent Friday night, my great-grandson, who is 16 and a youth counsellor in a wonderful local youth movement, brought his fellow counsellors and around 20 or 25 kids to my house after dinner to meet me. I talked to them about various things and shared some ideas from the Torah. Afterwards, I said they could ask me anything they wanted. One of the kids asked me about game theory. I said I don’t talk game theory or think about game theory on Shabbat — it’s how I make a living and it belongs to the work week. I’m happy to talk about it on Tuesday afternoon or Saturday night — but Shabbat is a different world. It’s something else, something separate and special.”

Literally on his deathbed, in the last piece he ever published, the great neurologist and author, Oliver Sacks, wrote movingly about Shabbat. In the same New York Times piece, he also mentioned the profound impact you had on his life. Can you tell us about that relationship?

“Oliver Sacks was actually a cousin of mine — my mother’s father was the first of 18 children, his mother was number 16 of 18. I discovered we were related quite by accident. My son read his magnum opus, Awakenings, and recommended it to me. One of my cousins noticed I was reading it and told me the author was my cousin. The next time I was in New York, I looked him up. From then on, every time I was in New York (once a year), we would get together, have dinner, maybe catch a show. In between, we corresponded frequently. He didn’t like email, he wrote letters by hand — and he had pretty awful handwriting. He once visited Israel for the 100th birthday of an aunt, and we spent a Shabbat together. I think this was the immediate trigger for that article in the Times that you mentioned. When I found out he was dying, and that he was in a really bad state, I flew to New York to visit him in his final hours and flew back to Israel the same day. During that visit, we spoke of deep, existential matters, which I can only tell you about off the record.”

Have you ever had to make any compromises during your career? Has keeping Shabbat ever held you back or made your life in academia complicated in any way?

“Events or assignments that are on Shabbat I just turn down from the start. Sometimes I’ll attend a symposium or an event that runs over a few days, including Shabbat, but I’ll skip whatever happens on Shabbat. People know I turn into a pumpkin on Shabbat.”

Coming back to game theory, do you ever put it to use in your personal life?

“All of us do, whether we are aware of it or not. For example, if I’m making a reservation at a restaurant or hiring a car, I’ll always ask for the service agent’s name. I can forget the name right away — at my age, I usually do — but I’m giving them a personal incentive to give me good service and deliver on their promise.”

Earlier, you mentioned game theory being applied in international relations. Looking at the Cold War, and the concept of Mutually Assured Destruction (MAD), was that applied game theory, or just diplomats flailing and trying their best, and the world — luckily —coming out the other side unscathed?

“I do think it was applied game theory. In fact, the game theorist who shared the Nobel with me was one of the top advisors in Washington throughout the Cold War. I played an advisory role myself, particularly in relation to U.S. arms control. I believe Henry Kissinger (U.S. Secretary of State under Richard Nixon) was an arch game theorist — we even shared a podium together at a conference at Princeton in 1961 on ‘Recent Advances in Game Theory.’”

Are there other examples of game theory making the world a safer/better place?

“Innumerable examples. One recent example, which is quite striking, is the issue of matching kidney donors to the right recipients. Kidneys are the one instance in which nature splurged —you don’t really need two. There are tens of thousands of patients in the U.S. needing a kidney. What often happens is that you get a person willing to donate a kidney to friends or close relatives, but it’s not always a good fit. So you’ll get a situation where, let’s say, I want to donate to my wife, and you want to donate to your wife, but my kidney fits your wife and your kidney fits mine. I won’t get into the mechanics, but we’ve used game theory to develop an algorithm to ensure people get the kidney that’s right for them. It’s an algorithm that was adapted from a similar mathematical model that’s used for the buying and selling of property.”

You’ve written a paper applying game theoretic principles to the Talmud. Were the sages of the Talmud practicing what we’d recognize today as advanced game theory?

“I wouldn’t say the sages of the Talmud necessarily applied it, but there are several Talmudic passages and conundrums that we can unravel only by using game theoretic tools.”

I’d like to end off by discussing your Agreement Theorem – the idea that people with a shared set of beliefs can’t agree to disagree. Do you think that, ultimately, all decisions are reducible to logical axioms? Is everything in principle knowable? And what does that mean for questions of faith?

“The meaning of your question is not knowable. I have no idea what you’re asking.”

You dealt with that well. Thank you for your time Professor Aumann, it has been fascinating talking to you.

“Not at all, it has been a real pleasure.”

The 2019 Shabbat Project takes place from November 15-16. To sign up, find out how you can become a partner, or learn more, visit: www.theshabbatproject.org/