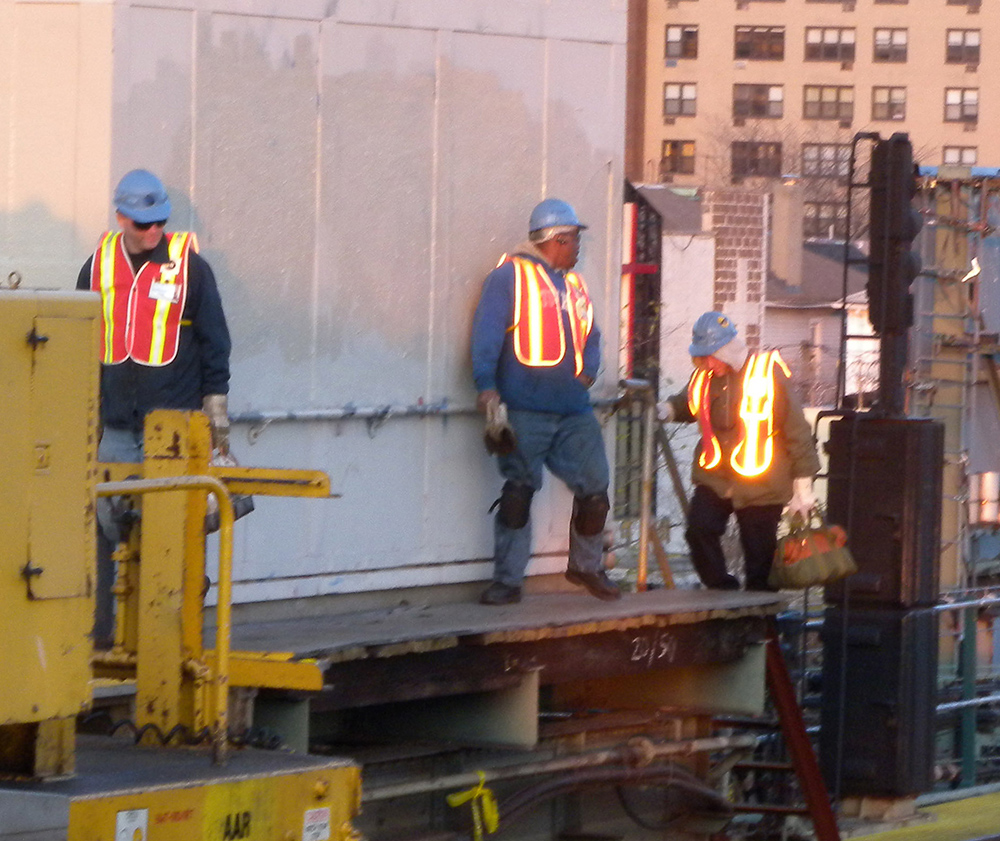 A new team of building inspectors in New York City has been conducting surprise inspections at jobsites for major construction projects, a program that has netted the city $15 million in fines since September 2018, according to The New York Times. Photo Credit: Wikipedia

A new team of building inspectors in New York City has been conducting surprise inspections at jobsites for major construction projects, a program that has netted the city $15 million in fines since September 2018, according to The New York Times.

A team of 38 inspectors, eventually to number 53, have completed 20,166 surprise inspections of 10,256 city construction sites, approximately 25% of all active sites during the same period of time. The team issued the majority of 11,484 violations this year after the new, dedicated group of inspectors was in full operation, Construction Dive reported.

Prior to the onset of these surprise inspections, the city had typically dispatched building inspectors only for scheduled visits, or in response to accidents and complaints about possible violations.

“It’s a total game-changer,” said Melanie La Rocca, the commissioner of the city’s Buildings Department. “This is the first time that we’ve had a unit dedicated to 100 percent proactive visits to larger construction sites,” The NY Times quoted.

In the first nine months of this year — as dozens of surprise inspections were carried out daily — construction injuries fell by 26 percent to 437 from 590 in the same period the year before, according to city data. The main difference, officials say, has been the surprise inspections, while other factors like major construction activity have remained steady, The N.Y Times reported.

During visits to major construction sites, which are new construction or renovations projects of four stories or higher, the inspectors also issued 2,523 stop-work orders for safety supervision violations and incidents of dangerous working conditions. Despite minor pushback from developers and owners who have complained that the inspections can be disruptive and target minor violations, the city said that the number of accidents in the first nine months of this year fell by 26% compared to the same period last year, Construction Dive reported.

The City has now begun a safety training program for construction sites. last week, the New York City Department of Buildings announced that its inspectors have started visiting 6,000 city construction sites in order to educate workers on the importance of safety before the Dec. 1 training deadline. The inspections started earlier this month, according to Construction Dive.

By Dec. 1, workers at jobsites requiring a construction superintendent, site safety coordinator or site safety manager must have 30 hours of safety training and a total of 40 hours by September 2020. Supervisors must have 62 hours of training by December 1.

The city maintains a database of thousands of construction projects that require site safety training and, on Nov. 6, visited 1,000 of them in order to alert workers to the upcoming training deadline.

The New York Times reported: Jonathan C. Reiter, a lawyer who has represented injured construction workers, said there were limitations to the city’s spot inspections because work conditions change daily and only the developers and contractors who are on site every day can address them.