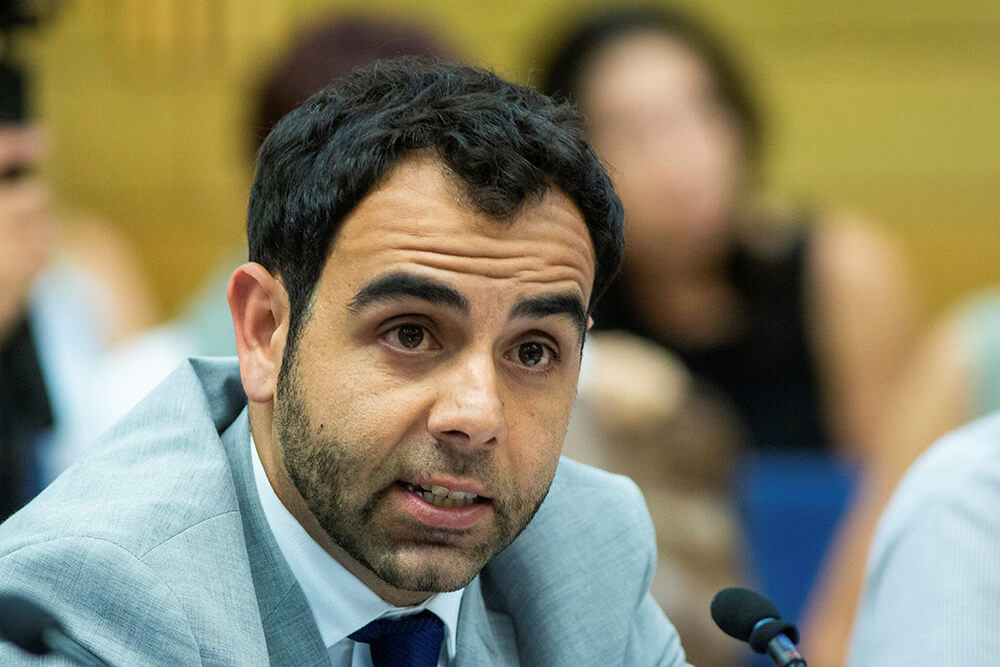 After months of legal proceedings and court hearings, Israel’s High Court of Justice ruled on Tuesday to revoke the work permit of Omar Shakir, Israel and Palestine Director at Human Rights Watch (HRW), and deport him from Israel. Photo by Hillel Maeir/TPS on 5 November, 2019

After months of legal proceedings and court hearings, Israel’s High Court of Justice ruled on Tuesday to revoke the work permit of Omar Shakir, Israel and Palestine Director at Human Rights Watch (HRW), and deport him from Israel.

This is the first instance in which a new Israeli law enabling the deportation of anti-Israel activists has been enacted and upheld by the courts.

The ruling states that Shakir is a long-standing Boycott, Divestment, Sanctions (BDS) activist and that his role at HRW has been to advance BDS and related anti-Israel campaigns.

Shakir has 20 days to leave Israel.

The court’s decision upheld Minister of Strategic Affairs Gilad Erdan and Minister of Interior Aryeh Deri’s order to deport Shakir, and rejected a lawsuit filed in May 2018 by HRW and Shakir which challenged the government’s decision to revoke his work permit and the constitutionality of a 2017 law barring entry to Israel for people who advocate boycotts of Israel.

The court found that Shakir’s advocacy calling for a boycott of Israeli businesses in Judea and Samaria over alleged human rights abuses constitutes a call for a boycott on Israel.

Responding to the ruling, Shakir accused Israel of “joining the ranks of Iran, North Korea and Egypt in blocking access for HRW official.

“We won’t stop. And we won’t be the last,” he stated ominously.

Yotam Eyal, a lawyer with the Legal Forum for Israel which was at the forefront of the campaign to have Shakir deported, welcomed the court’s decision as “a reasonable and proportionate decision made in accordance with the law.”

“The Supreme Court today, in its ruling, properly balanced the values of the rule of law vis-à-vis those who seek to trample them through the cynical exploitation of human “right,” he stated.

Maurice Hirsch, legal counsel for NGO Monitor which also campaigned for Shakir’s deportation, stated that the Supreme Court’s decision “is an important expression of Israeli democracy.”

“The Court confirms that, while in Israel, Shakir spent his time unjustifiably vilifying Israel and promoting BDS activities. Despite his claims, Shakir’s work had very little, if anything, to do with protecting human rights,” he added.

Shakir has a long history of advocating against Israel. Before joining HRW when he was a student at Stanford University, Shakir established an organization calling for boycotts and divestment from Israel. Over the years he has consistently called for the support of the BDS movement in conferences and signed a petition to prevent a Muslim delegation from coming to Israel.

On YouTube, Shakir can be seen calling Israel an apartheid state and promoting anti-Israel boycotts.

Even after joining HRW and entering Israel, he continued to encourage boycott activities through comments on Twitter. He was personally involved in the activity to boycott clubs from Israel by FIFA, the international governing body of football, and worked to bring about Israel’s suspension from the organization.

On Twitter, he urged the High Commissioner of the UN Human Rights Council to publish a UN database that includes names of companies operating in Judea and Samaria, exposing them to boycotts.

In addition, HRW prepared a report on Israel’s banking activity in Judea and Samaria, which recommends that investors ensure that their business relationship does not contribute to “serious human rights violations or international humanitarian law.”

Finally, Shakir praised Airbnb’s decision to remove its listings of Judea and Samaria properties, a decision it has since reversed, and called on other companies to follow suit.

Former Foreign Ministry spokesman Emmanuel Nahshon has called HRW a “blatantly hostile anti-Israeli organization whose reports have the sole purpose of harming Israel with no consideration whatsoever for the truth or reality.”