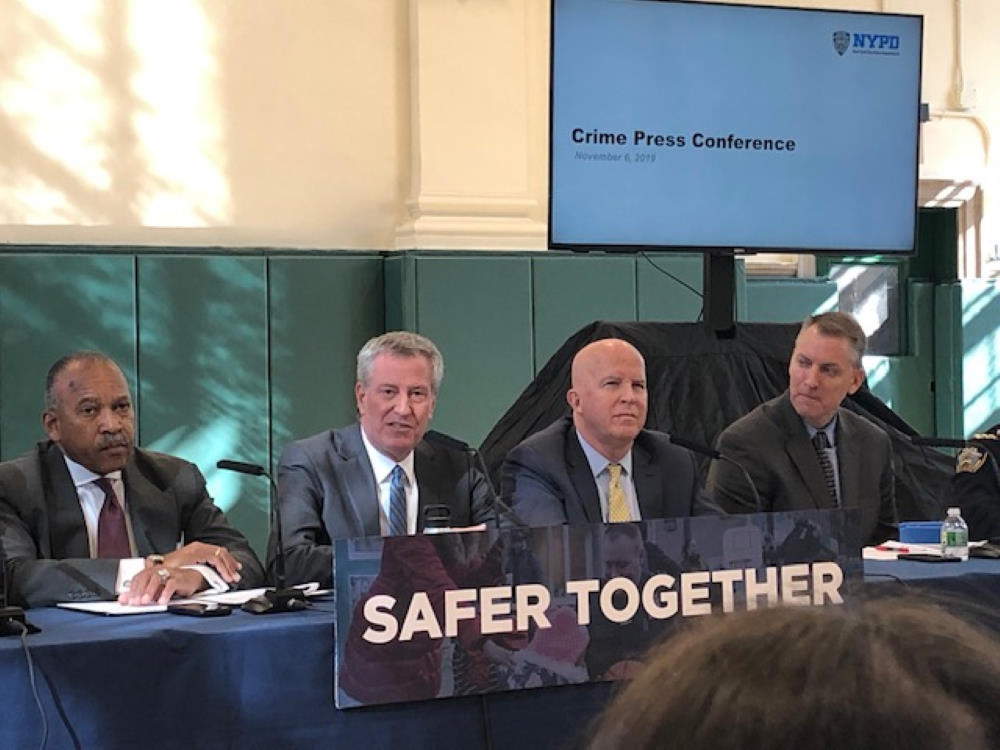 A horrendous string of anti-Semitic crimes and attacks that have been proliferating in the Hasidic Jewish sections of Borough Park, Crown Heights and Williamsburg has not escaped the watchful eye of New York City Mayor Bill DeBlasio. Always taking the lead in the onerous battle against an increased rate of anti-Semitic assaults in the Big Apple, the Mayor tweeted on Wednesday that:

Anti-Semitism has no place in this city.

is investigating these despicable acts. If you have any information please contact them IMMEDIATELY. I’ve directed the NYPD to deploy additional resources in the community throughout the weekend.

According to local police and a neighborhood watch group known as the Shomrim, the attacks occurred over the Sabbath in the Borough Park area. The Shomrim said that on Friday, two members of its safety patrol were chased by two men who sprung out of a vehicle at the intersection of 53rd Street and New Utrecht Avenue on Friday.

It has been reported that several attacks against Jews were caught on surveillance video and posted to Twitter.

According to a report posted on Yeshiva World News, “the same pack of thugs drove down 48th Street near the Bobover Bais Medrash and drove past a Hasidic man. They punched him and then drove away.”

On Wednesday, the YWN site said it was “commendable” that the NYPD will be investigating the attacks as well as using extra manpower and resources to apprehend the assailants. The site offered its praise to the outstanding work that the local Shomrim have been doing to assist the police in their probe of these crimes.

In an updated article, the website said, “it should be noted that it was Boro Park Shomrim that retrieved the security camera footage that Police are working with. And yes it was the same Shomrim with assistance from ordinary citizens that secured the license plate number that the NYPD Detectives are now working with as well. We deliberately highlight the excellent & selfless work of Boro Park Shomrim because many residents are growing frustrated that only Shomrim are taking their calls & concerns seriously & not the NYPD.

This feeling of helplessness has been exacerbated by the fact that even in the rare case that a hate crime suspect is actually arrested, more and more people are losing confidence that any meaningful prosecution will ultimately materialize.” (YWN)