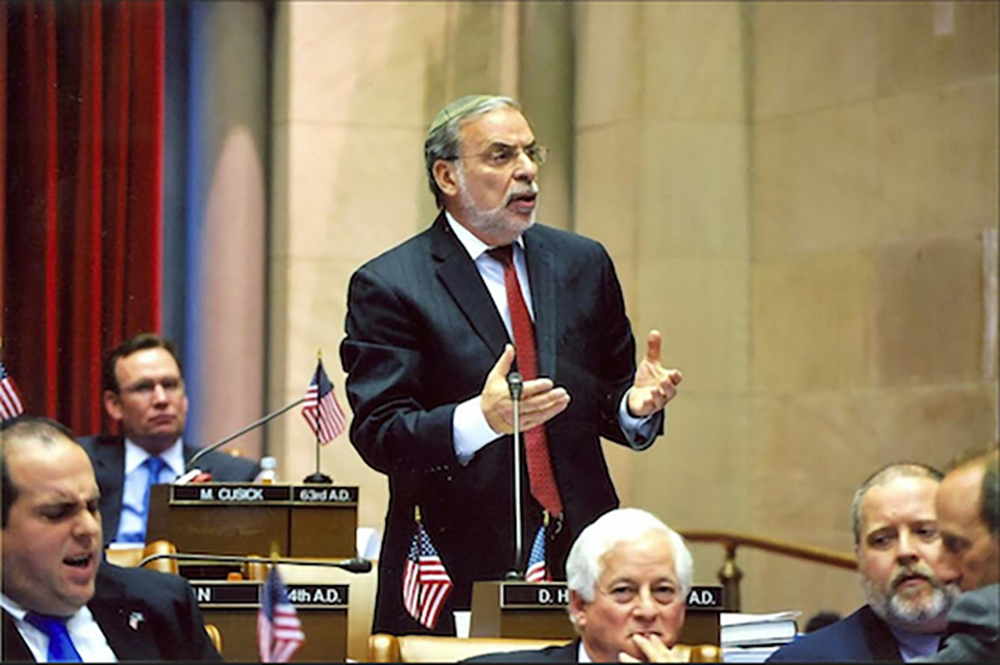 How can Jews expect non-Jews to raise their voices and fight the fight if so many Jews are too comfortable and cocooned to actually stand up for themselves?

Anyone who has read Deborah Lipstadt’s Anti-Semitism: Here and Now or Bari Weiss’s How To Fight Anti-Semitism is aware of three primary strains of the modern anti-Semitism virus: far-Right, far-Left, and radical Islamist.

Each strain has its own particular qualities, modes of expression, reasoning, history, and adherents. Anti-Semitism from the far-Right tends to be the province of white supremacists who buy wholesale into racial replacement theory, and charge the Jew with being a racially inferior caste, “rootless cosmopolitans” bent on world domination through global financial manipulation.

Anti-Semitism from the far-Left tends to be the province of (largely white, but also minorities who are) ultra-progressives who demonize Jews as colonialists and oppressors who shapeshift just enough out of their fair Jewish skin to benefit from white privilege.

Radical Islamism is a combination of both far-Right and far-Left anti-Semitic ideologies with the added sprinklings of age-old Hadiths that refer to Jews as “descendants of apes and pigs” and a modern-day blood libel of being “baby killers” who have no historical connection to the Land of Israel. In most parts of the world, when a Jew is attacked for being Jewish, one of these strains can easily be discerned. Except … for New York City. Suddenly, here, these neat definitions no longer adequately define the hatred that’s motivating mostly young minorities to attack Jews in broad daylight. Why is anti-Semitism in New York City any different? 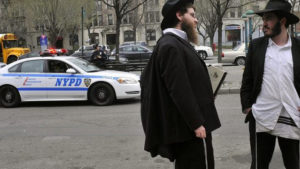 The city of Ellis Island has always been a “melting pot”; of peoples, cultures, languages, and … ideas. It is now also the melting pot of anti-Semitic ideologies that is boiling over. The Islamic reformer Maajid Nawaz recently summed up the nexus of these three strains thusly: “All racism is equally evil. Anti-Semitism is the most dangerous form of racism because it has the capacity to unite fascists of the far-left, far-right & Islamist extremes. I call this the #TripleThreat.”

It’s only in New York City where a young minority, himself the target of white supremacy, will attack a Jew and hurl the insult that “Hitler should’ve finished the job,” seemingly ignorant to the fact that Hitler would’ve finished him off too if only he had the chance!

We’ve been told by law enforcement that most of the violent anti-Semitic attacks and vandalism against visibly identifiable Jews and institutions by these youngsters are borne of ignorance, that “they don’t even know what a swastika is,” and yet that hasn’t changed the reality that New York City is far outpacing the country and world in the steep rise of anti-Semitic hate crimes. What can this be attributed to? And does it represent a new strain of anti-Semitism?

Social media, for one, has broken down the barriers between borders and rigid ideologies, so that we now see David Duke, a white supremacist, lend public support to Congresswoman Ilhan Omar (D-Minn.), whose brand of anti-Semitism is of the far-Left, radical Islamist strain typical. Furthermore, New York City, as the largest population of Jews, and specifically Orthodox Jews, in the country, presents an easy target for any anti-Semite who has acquired the amalgamation of hateful anti-Semitism strains.

What this all signifies, so perfectly, is that at the root, anti-Semitism is … irrational. The “reasons” for hating Jews have evolved with time, but the hatred at its core remains the same. 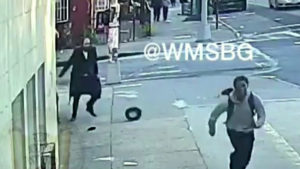 Surveillance video shows one man walking near Rodney and Marcy streets in Williamsburg when someone runs up and strikes him so hard, his hat flies off his head and he is nearly knocked over. Photo Credit: NYPD

Are Muslim students attacked on campus for the actions of Saudi Arabia or Iran? Are anti-black, anti-LGBTQ, anti-Muslim, or anti-any-minority groups given space to express their hatred and intimidate students on campuses or is that passive allowance of hatred just reserved for Jews? Is there a movement that calls for the boycott, divestment and sanctions of any other country other than the sole Jewish state? Is that BDS movement used to intimidate any other student groups on campuses across the globe other than Jews?

And it’s only about Jews that one is even interested in the “reasons” behind bigoted hatred. There is no good reason to hate an individual you know nothing about! Not if they’re black, white, Muslim, Christian, atheist, or Jewish! But you wouldn’t know that when it comes to the Jews, because “good people” who are “smart” will tell you, well, hmm, you know, it’s not that Jews deserve to be attacked, but, Israel, and Palestinians, slumlords, and Rothschild, and, and, and … And it’s precisely because hatred of Jews can be so expertly rationalized despite its core irrationality that the response to violent anti-Semitism has been so tepid. Were it dogs or cats that were routinely and randomly receiving beatings, punches, kicks, broken bones and bloodied faces by violent criminals the outrage would be massive and instantaneous! Millions would march on Washington! But for Jews? Not so much.

The brave anti-Nazi German pastor Dietrich Bonhoeffer once said “Silence in the face of evil is itself evil.” Here’s the kicker, though. Not only are so many “good people” silent about anti-Semitism, but so many Jews! Too many have either given in to the Right by becoming good “white Jews,” or the Left by becoming good “Jews in name only,” or radical Islamism by becoming “Jews against Israel.” So how can Jews expect non-Jews to raise their voices and fight the fight if so many Jews are too comfortable and cocooned to actually stand up for themselves? Or worse yet, feeding into the very hatred we’re trying to repel? 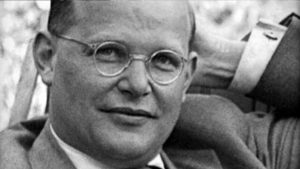 The brave anti-Nazi German pastor Dietrich Bonhoeffer once said “Silence in the face of evil is itself evil.” Here’s the kicker, though. Not only are so many “good people” silent about anti-Semitism, but so many Jews! Photo Credit: You Tube

So how do we ‘fight anti-Semitism’? Unfortunately, just as anti-Semitism can no longer easily be defined or isolated, neither can the solutions come easy. Let me be clear: there is no easy way out! There is no kumbaya moment to be had! There is no amount of ‘dialogue’ (though important) or defensive myth-debunking (also important) that will eradicate the various strains of anti-Semitism or its amalgamation. Instead, we must be prepared to fight. Both figuratively and literally.

It’s only 75 years since the Jewish ashes at Auschwitz, Treblinka and Majdanek ceased blowing in the winds of Europe. It’s only those who have truly forgotten the magnitude and scope to the endless depths a depraved nation can descend to in the name of ‘high culture anti-Semitism’ who are in danger of repeating the same horrors. Thus, as Jews we have to be prepared to do two things: to fight anti-Semitism ‘here and now’ so that day indeed doesn’t arrive again; and, should our efforts prove futile at prevention, then all the same we must be prepared to fight the big fight, when all the evil forces of the world are again arrayed against the Jewish people.

Hitler openly threatened to annihilate world Jewry; no one took him seriously at the time. Hitler went about annihilating world Jewry, and still no one took him seriously until six million were annihilated. Now again, in our generation, we have leaders like Ayatollah Khamenei and Hassan Nasrallah who call for the destruction of the lone Jewish state, and pathetic puppets like Jeremy Corbyn celebrate those leaders while claiming the mantle of humanitarianism.

History is in fact repeating itself. But the present is not the same. Israel, the Left wants you to believe, is the primary cause of anti-Semitism. That Jews contribute to their own hatred is an antiquated charge going back to ancient Greece. But what the anti-Semites don’t realize about the Jews who know their history is that there was always a “reason” for Jew-hatred that fit the social milieux, while the core of the Jewish people has always remained the same.

So if the hate has had to change and find new reasons and masks through which to express its deepest misanthropic demons, it tells us that it’s utterly irrational, and therefore that core of the Jewish people isn’t falling for it again!

Despite what radical ‘Jews in name only’ will say, the core of the Jewish people are proud Zionists. So unlike in 1939 when the Nazis invaded Poland and the ghettos were created, or 1941 when the killing squads started the Holocaust by bullet and then Holocaust by mobile gas van, or 1942 when the final solution was devised at Wannsee, followed by the advent of death camps, cattle cars, gas chambers and crematoria, with six million Jews gone in a flash as the world stood in silence, we shall now raise our voices ever higher.

We won’t be silenced. And we won’t tolerate the silence of so many “good people” who can’t be bothered to rid society of this ‘longest hatred’. For as long as the anti-Semitism virus survives and thrives, it shall always be remembered in history’s hindsight as an irremovable stain and blemish on every society that thought of itself as advanced but was yet so utterly cruel and barbaric.

And now that God has brought the Jewish people back to Israel from the darkest depths of history’s hell, we will fight back, and fight hard against all those evil forces who so much as raise a hand to destroy our people. Just as anti-Semitism at its core remains unchanged and irrational, so too the resolve of the Jewish people to choose life is the inexplicable flame that can and will never be extinguished.

Dov Hikind, founder of Americans Against Anti-Semitism, served in the New York State Assembly for 36 years as an outspoken advocate for his constituency, battling discrimination, antisemitism, Holocaust denial, and human rights violations.