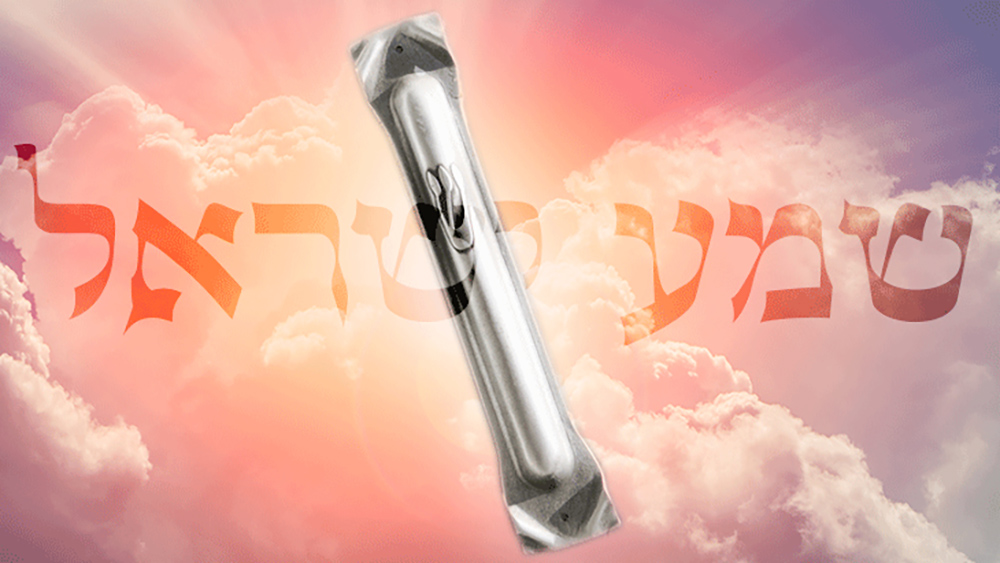 They are the most iconic words in the Jewish liturgy: Shema Yisrael, Adonai Eloheinu, Adonai Echad - “Hear O Israel, the Lord our God, the Lord is One.”

They are the most iconic words in the Jewish liturgy: Shema Yisrael, Adonai Eloheinu, Adonai Echad – “Hear O Israel, the Lord our God, the Lord is One.”

It’s a mitzvah to recite the Shema in the morning and the evening, and it’s recited by Jews around the world just before they go to sleep each night. Parents teach it to their children, and through the ages countless Jews have recited it at moments when they faced death, making the timeless words of the Shema the last they ever said. Here are eight facts about this iconic Jewish prayer.

The full Shema prayer is three paragraphs long. (It comprises the sentence beginning with Shema, above, then the line “Blessed is the Name of His (God’s) glorious kingdom for all eternity”, then three paragraphs taken from the Torah: Deuteronomy 6:5-9; Deuteronomy 11:13-21; and Numbers 15:37-41.) These express core Jewish beliefs: recognizing that God is One, living a life of mitzvot, and understanding that Jewish life is tied to the land of Israel.

The first paragraph of the Shema beautifully describes the commandment to remember all the mitzvot of the Torah: “You shall teach them thoroughly to your children and you shall speak of them while you sit in your home, while you walk on the way, when you retire and when you arise…” The Talmud (Berachot 10b) explains that “when you retire and when you arise” means we have an obligation to say the Shema each morning and each evening. Shema is also said just before going to bed.

The central belief in the Shema is that there is one God and that we have a relationship with Him. Four thousand years ago our patriarch Abraham promulgated monotheism to a polytheistic world, creating a spiritual revolution.

Monotheism maintains that God is infinite, existing beyond time and space as an eternal, absolute Being Who is the continuous source of all creation. There is no power outside of Him; He is the transcendent source of morality Who is omniscient and good. Since an infinite Being is perfect and has no needs, His creation is ultimately for our benefit and the Torah and its mitzvot serve as the blueprint to forge a relationship with Him.

Take a look at the Shema in a Hebrew prayer book or a Torah scroll and you’ll see that the final letters of the first and last word of the Shema are enlarged. (It’s written something like this in Hebrew: ShemA Yisrael, Adonei Eloheinu, Adonai EchaD.) These two enlarged Hebrew letters, ayin and dalet, spell the Hebrew word Ayd, or “witness”. By saying the Shema, we are acting as a “witness”, testifying for the existence of the Divine presence in the world.

It’s traditional to cover our eyes while saying Shema Yisrael Adonai Elocheinu Adonai Echad. Covering our eyes helps us blot out the distractions of the outside world so that we can focus on these words with our entire being and feel our connection with God that they convey.

On the Doorposts of our Homes

The Shema instructs Jews to make remembering our relationship with God so central in our lives that we put reminders “on the doorposts of (our) houses”. For thousands of years Jews have placed copies of the Shema inside mezuzot on our doorways.

The piece of paper containing the Shema prayer inside a mezuzah is called a klaf (parchment). It’s written by hand by a specially-trained scribe on fine parchment. Any mistake invalidates a klaf. It’s customary to get them checked every seven years to make sure the letters haven’t flaked off or faded.

Parchments containing the Shema are also found in the boxes of Tefillin that Jewish men wear during morning services every day except for holidays and Shabbat.

Rabbi Akiva lived in Israel during the time of the Roman destruction of the Temple in Jerusalem in 70 CE. He is known for his brilliant teachings and his deep love of mankind. “Beloved is man” Rabbi Akiva used to say, “for he was created in God’s image” (Pirkei Avot 3:18).

During the brutal Roman occupation, Roman forces forbade Jews from studying Torah. Risking his life, Rabbi Akiva continued to teach classes and run a Jewish school. When one of his colleagues asked how he could defy death to pass on Jewish teachings, Rabbi Akiva told the following story as a metaphor. A group of fish was scared of being caught in a fisherman’s net. A fox lurking on the riverbank suggested to the fish that they leave the water, climb up onto land, and then they would be free from the danger of the fishing net. The fish replied that if they did so they would face certain death. Similarly, Rabbi Akiva explained Jews cannot abandon our Jewish way of life, even in the face of danger. Torah is our oxygen; leaving its waters would lead to spiritual death.

Rabbi Akiva was arrested and sentenced to death by torture in 135 CE. Roman soldiers took him to an arena in the town of Caesarea where Romans watched while his skin was scraped away with iron combs. Somehow, Rabbi Akiva managed to recite the Shema, saying it with great enthusiasm and even joy. Shocked, his anguished students who were standing by witnessing their teacher’s torture, asked how he could pray at a moment like this.

“All my life I have been troubled by the verse in the Shema saying you should love the Lord your God with all your soul,” Rabbi Akiva gasped. In that final moment he stood facing certain death, Rabbi Akiva finally understood what it meant to devote one’s entire soul to God. He proudly declared Shema Yisrael, Adonai Eloheinu, Adonai Echad. Witnesses recorded that he drew out the sound of the final word Echad until his soul left his body (Talmud Berachot 61b).

Shema in the Holocaust

One of the greatest proponents of the Shema in modern times was Rabbi Menachem Mendel Taub, the leader of the Kaliv Chassidic group in Israel. Throughout his long life, he encouraged Jews around the world to say the Shema. It was his horrific experiences during the Holocaust that drove him to encourage Jews to say this ancient prayer.

Born in Romania in 1923, Rabbi Taub’s entire family, including his six siblings, were murdered in the Holocaust. Rabbi Taub was kept alive only because the Nazi “Angel of Death” Josef Mengele subjected him to gruesome, sadistic medical experiments. After the Holocaust, Rabbi Taub moved to Israel and taught Torah–and encouraged Jews around the world never to forget the Shema prayer.

Just before he was liberated from Bergen Belsen, Rabbi Taub later explained, Nazis were tossing Jewish prisoners into huge bonfires. “I cried out the Shema Yisrael,” Rabbi Taub recalled, and said “Ribbono shel Olam (Creator of the World), this might be, God forbid, the last time I will be saying Shema Yisrael. Soon I will be with the rest of my family in Heaven. If you give me life, then I promise You that I will say time and again Shema Yisrael, declaring Your eternity and those who will outlive the war.”

Rabbi Taub passed away in 2019 at the age of 96. His legacy of Shema Yisrael lives on as Jews around the world continue to recite the Shema, as he encouraged.

Rabbi Yosef Shlomo Kahaneman, also known as the Ponevezher Rav, was a famous rabbi and Member of Parliament in Lithuania before World War II. He founded three yeshivas and a Jewish orphanage in Lithuania, all of which were destroyed during the Holocaust.

When World War II broke out, Rabbi Kahaneman was in the land of Israel, and he stayed there, eventually rebuilding the institutions that he’d lost in Lithuania. He rebuilt the Ponevezh Yeshiva in the Israeli town of Bnei Brak near Tel Aviv; today it is once again one of the world’s foremost Jewish schools. He also founded orphanages for the many Jewish children whose parents were being murdered in the Holocaust.

After World War II, Rabbi Kahaneman travelled to Europe to gather Jewish orphans and take them home to Israel. Many Jewish children had been entrusted to local convents or Christian orphanages, and local priests and nuns were loath to give them up. In one Christian orphanage, the priest in charge told Rabbi Kahaneman that there were no Jewish children there. Undeterred, Rabbi Kahaneman stood in front of the orphans and called out Shema Yisrael, Adonai Eloheinu Adonai Echad. Immediately, young children who’d last heard those holy words years before as their parents tucked them into bed began crying and calling out Mama! Mama! Their remembrance of this beautiful prayer ultimately led them to new lives in Israel.