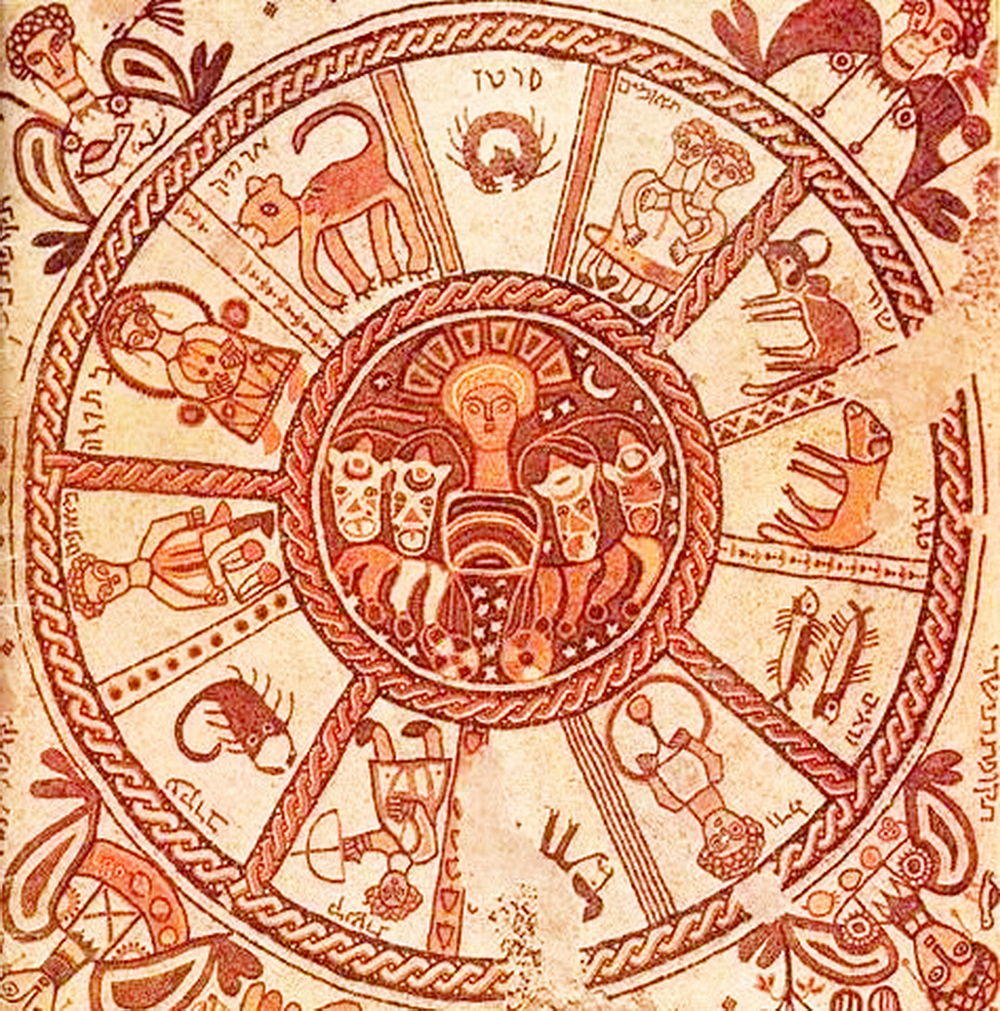 Avraham Avinu challenges Hashem, claiming that not only is he currently childless, the stars (mazalos) say that he will never have a single child. How then, he asks Hashem, can You promise me that I will be the father of a great nation? Hashem responds by taking Avraham “hachutza”- outside (Bereishis 15:5). Rashi explains this to mean that Hashem took Avraham "above the stars".

A young boy once went to the circus and was astonished when he saw that the giant elephant tethered to the ground by a thin rope. Curious, he walked over to the elephant trainer and asked: “How are you holding down such a huge elephant with such a tiny top? The rope doesn’t look very strong. This elephant could break down a brick wall, why doesn’t he break out of this tiny rope?” The trainer smiled at him, and explained: “When this elephant was a baby, weighing just 250 pounds, we tied it up with this very same rope. Every day he tried to break free, but he couldn’t manage to free himself from, the rope. He tried, and tried, but to no avail. After a few months, he finally gave up, convinced that it was impossible to escape. Now, he weighs two thousand pounds, and is strong enough to easily break free of these ropes. However, in his mind, he still thinks he’s unable to, therefore, he doesn’t even try to escape.” 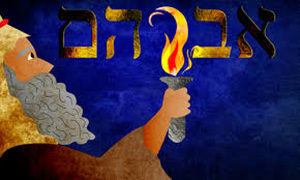 What does it mean that Avraham saw in the stars that he was not destined to have a child? And how can Avraham argue with Hashem about what will happen? If Hashem tells Avraham that he will have a child, how can Avraham even think of suggesting otherwise? And finally, what does it mean that Hashem took Avraham “above the stars”? Photo Credit: Chabad.org

This story connects to a very deep idea in this week’s parsha, Vayeira. Avraham famously says, “Anochi afar v’efer” (Bereishis 18:27), which literally means “I am but dust and ashes”. This is generally understood as a statement of humility. However, there is a deeper idea embedded in these words as well. In order to understand the deeper intimations of this important statement, we must return to last week’s parsha, in which Avraham has a perplexing encounter with Hashem. Hashem promises Avraham that he will become the father of an immeasurably populous nation, to which Avraham seems to voice some serious doubts. He challenges Hashem, claiming that not only is he currently childless, the stars (mazalos) say that he will never have a single child. How then, he asks Hashem, can You promise me that I will be the father of a great nation? Hashem responds by taking Avraham “hachutza”- outside (Bereishis 15:5). Rashi explains this to mean that Hashem took Avraham “above the stars”.

This episode is obviously peculiar. Avraham argues with Hashem, using what he saw in the stars as his evidence. What does it mean that Avraham saw in the stars that he was not destined to have a child? And how can Avraham argue with Hashem about what will happen? If Hashem tells Avraham that he will have a child, how can Avraham even think of suggesting otherwise? And finally, what does it mean that Hashem took Avraham “above the stars”?

Chazal explain (Shabbos 156a) that the world has a natural course, referred to as mazal (literally translated as a divine “flow”). Just as a scientist can study an apple seed and see how an apple will eventually grow forth from it, astrologists can study the stars, and determine which events Hashem has designed to come into fruition. Therefore, Avraham had a valid question: on the one hand, Hashem had just promised him a child. On the other hand, Hashem created the mazalos, which are telling Avraham the opposite, that he will not have a child. In response to Avraham’s question, Hashem takes him above the stars. Let us explain what this means.

As the gemara in Shabbos 156a explains, Hashem was teaching Avraham a very deep principle: “ein mazel li’Yisrae”l, the Jews aren’t bound by nature (the mazalos). True, the stars can say one thing, but these stars themselves are controlled by Hashem. When you are connected to the source of reality itself, Hashem, you can transcend the stars, and overcome any mazal. Thus, as long as Avraham lived within the natural, he could not have any children, but once he transcended that limited nature, anything was possible.

One question remains: If the events in this world emanate from the mazalos, how can we reconcile the fact that they contradicted Hashem and foretold that Avraham would not have children? Chazal do not claim that the mazal changed, only that Avraham transcended it. How did this work?

The answer is profound. At this point, Avraham’s name was actually Avram. The mazalos told the truth: Avram would not have a child. But once Avram realized that he wasn’t bound by nature, he transcended his current state, and transformed. Two perakim later, Avram’s name was changed to Avraham. Avram wasn’t destined to have a child, but Avraham was! Rashi explains (Toldos 25:19) that as soon as Avram became Avraham, he was able to have Yitzchak. In Jewish thought, a name reflects essence (shem- the Hebrew word for name- has the same root as neshama- the Hebrew word for soul.). Therefore, the change of a name reflects a much deeper change at the root level of the self. In other words, Avraham’s change in name resulted in a complete metamorphosis, it was his way of transcending his mazal, and living on a plane above nature.

Now let’s try to understand the deeper meaning behind Avraham’s famous statement of “Anochi afar v’efer”. Ashes represent an elemental breakdown of something. Dirt represents the starting point of growth, the place where seeds are planted. Avraham, in this statement, was alluding to the fact that each and every day he would “ash” himself, breaking himself down into his elemental and root form, and he would then plant himself anew in a field of dirt. Meaning, Avraham would recreate himself every single day. He would never continue living on the way he’d been living until now. Each and every day, he would look within, break down his thoughts, beliefs, and paradigms, and recreate himself for the better, taking his life to the next level of spiritual growth.

The most amazing part of this famous statement is its placement. When does Avraham say this phrase? Right after his name is changed from Avram to Avraham! Meaning, only once Avraham realized that his potential is limitless, and that he can transcend his mazal, did he also realize that he could endlessly develop himself further; ashing and planting himself anew every single day.

Now we can return to our opening story. What happens when the elephant discovers that the rope isn’t strong enough to hold him down? A fire once broke out in the circus, and during the ensuing chaos, the circus tent fell down. After the dust settled, the trainers began searching for the elephant. To their amazement, they couldn’t find the elephant anywhere. Finally, a few hours later, they found him wandering in the nearby forest. They realized that during the fire, the elephant must have been overcome with fear and adrenaline, and had therefore, in his panic, broken free from his ropes. When they tied him down again, the elephant escaped just moments later. They tried again once more but, again, the elephant broke loose. It was clear that once the elephant realized that the ropes couldn’t hold him, he wouldn’t be held back by these “chains” any longer. While at one point he thought these ropes controlled him, he now realized that the only one holding him back was himself! The trainers had no choice; they had to get a new elephant for the circus.

Does this idea ring true in your ears? How often do we create mental cages of our own? How often do we allow other people’s opinions of us become our reality? We allow people to tell us what we can or cannot do. Sometimes it’s a friend or loved one. But worst of all, it’s usually our own inner voice that is the cause of our self-doubt. We convince ourselves that “we can’t”; we’re not smart enough, good looking enough, or funny enough. We’re too old or too young, too short or too tall. But here’s the key: we are the only ones who hold the key to our mental cages, because we created the lock. Opening the lock is very simple, it requires only that we make a new decision; that we change our identity; that we believe it’s possible.

History is being read, but it’s also being written by people with imagination; so we need to imagine a greater future, a greater version of ourselves. We need to close our eyes and picture an ideal future, then open our eyes, and make that our reality. This is the actualization of ein mazel li’Yisrael; there are no limits. When you are in touch with your best self, and connected to Hashem, the source of all self, anything is possible. So let us be inspired to follow in Avraham’s footsteps, and journey beyond the stars. There’s a famous saying: Let’s shoot for the moon, for even if we miss, we’ll land amongst the stars. I say, let’s land above the stars.