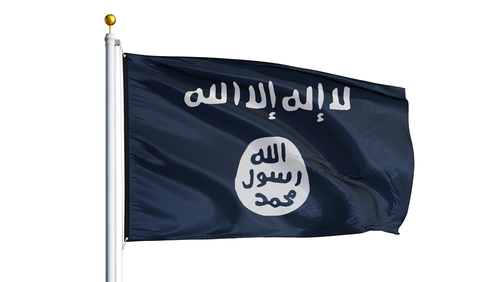 One of the Islamic State terror group’s media divisions is promising supporters that a major announcement is on the way — the first of its kind since the death of its leader, Abu Bakr al-Baghdadi, in a U.S. raid on Sunday.

“Coming Soon … By the Willingness of Allah the Almighty,” the announcement said, without sharing details.

The SITE Intelligence Group, which monitors jihadist communications, said supporters quickly began distributing the poster on social media platforms, with some expressing hope that Baghdadi was still alive while others were preparing to celebrate his martyrdom.

ISIS official media operatives have been issuing their usual news updates on operations in Syria, Iraq and around the world, but they have been silent so far about the fate of Baghdadi, who was killed by U.S. special forces in a raid on a compound in Barisha in Syria’s Idlib province.

U.S. officials also confirmed the death of ISIS spokesman Abu Hassan al-Muhajir in a follow-on operation a day later in Jarablus, near Syria’s border with Turkey.

Trump and Defense Secretary Mark Esper have described the death of Baghdadi and one of his top lieutenants as a significant blow to the terror organization, while promising to hunt down other top officials.

But a top military official warned late Wednesday that it would be a mistake to underestimate IS’s resolve.

“ISIS is first and last an ideology, so we’re under no illusions that it’s going to go away because we killed Baghdadi,” said Central Command’s General Kenneth McKenzie, who oversaw the raid on Baghdadi, using an acronym for the terror group. “It will remain.”

And while it may take time for IS to get itself organized under a new leader, McKenzie cautioned that the group would be dangerous.

“We suspect they will try some form of retribution attack, and we are postured and prepared for that,” he told reporters at the Pentagon.

A top counterterrorism official Wednesday echoed those concerns, warning the impact of Baghdadi’s death, while damaging to morale, might be limited.

“This is a bureaucracy that’s pretty good at doing succession planning,” he said.

Travers, along with the director of the FBI and the acting director of the Department of Homeland Security, further warned that IS remained a capable and potent organization, commanding at least 14,000 fighters across Syria and Iraq, many of them operating in diffuse and clandestine cells that continue to launch attacks.

Those numbers also could get a boost from IS fighters who escaped from makeshift prisons run by the Syrian Democratic Forces, most of them getting free during the initial days of Turkey’s military incursion in northeastern Syria.

“Our expectation is that the vast majority of the individuals who escaped, more likely than not, were Syrian and Iraqi, and will be looking to stay in the region,” Travers said. “They will be incorporated into the ISIS insurgency in all likelihood, and we could well see them serve as suicide bombers.”

U.S. counterterrorism officials also expressed concern that some of them could be used in renewed attacks on the SDF-run prisons, as well as on displaced-persons camps housing tens of thousands of IS wives, children and other family members.

In the last message before his death, Baghdadi last month called on IS followers to free members of the group who may have been captured or imprisoned.

“For your brothers and sisters, make [an] effort in saving them and destroying the gates that imprison them,” Baghdadi said in a Sept. 16 audio recording.

“I assume that we will see some of that,” Travers said Wednesday. “Those prisons are vulnerable.”

FBI Director Christopher Wray also warned of indications that IS was preparing to make increased use of women and children.

“We know that ISIS has started to take advantage of women in operational planning and trying to recruit youth, some of them in these displacement camps,” Wray said. “That’s going to present all kinds of problems for us and our partners.” (VOA)

Trump: US to Cut Ties With WHO, Withdraw Trade Ties With Hong Kong