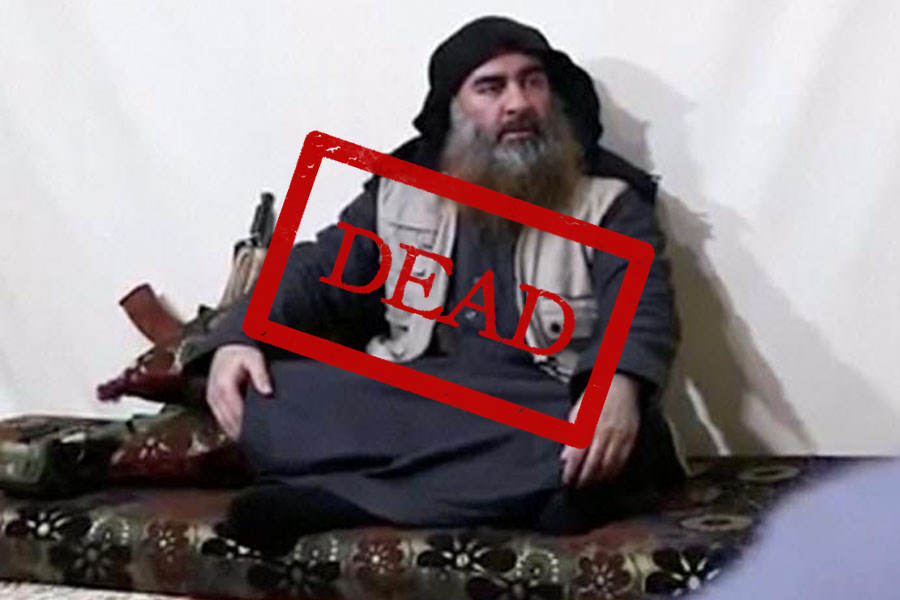 A “high value ISIS target” believed to be the group’s leader, Abu Bakr al-Baghdadi, has been killed by US-led forces in Idlib, Syria, a well-placed military source told Fox News on Saturday night.

The US Army would not confirm the identity of the deceased target.

A defense official told CNN that it appears that al-Baghdadi detonated a suicide vest during the raid.
The final confirmation is pending while DNA and biometric testing is conducted, sources told the network.

The reports of the ISIS leader’s death followed a tweet by President Trump on Saturday night, in which he only wrote, “Something very big has just happened!” without providing details.

Shortly thereafter, the White House said that Trump would make an announcement on Sunday morning at 9:00 a.m. local time (3:00 p.m. Israel time) that will include “a major statement.”

The White House did not specify what topic or event the president will be speaking on.

There have been conflicting reports about Baghdadi’s fate in recent years. A year ago, it was reported that he was still alive, but that injury and poor health had forced him to relinquish control of the terror group.

In 2017, Russia claimed that the ISIS leader might have been among a group of ISIS members who were killed in a Russian air strike south of Raqqa, the group’s former de facto capital in Syria.
US officials have remained skeptical over reports of Baghdadi’s death. Former US Defense Secretary

Jim Mattis said in July of 2017 he assumes that Baghdadi is still alive.

The strike came amid concerns that a recent American pullback from northeastern Syria could infuse new strength into the militant group, which had lost vast stretches of territory it had once controlled, according to an AP report.

U.S. officials feared IS would seek to capitalize on the upheaval in Syria. But they also saw a potential opportunity: that Islamic State leaders might break from more secretive routines to communicate with operatives, potentially creating a chance for the United States and its allies to detect them, as was reported by AP.

With a $25 million U.S. bounty on his head, al-Baghdadi had been far less visible in recent years, releasing only sporadic audio recordings, including one just last month in which he called on members of the extremist group to do all they could to free IS detainees and women held in jails and camps.
The purported audio was his first public statement since last April, when he appeared in a video for the first time in five years.