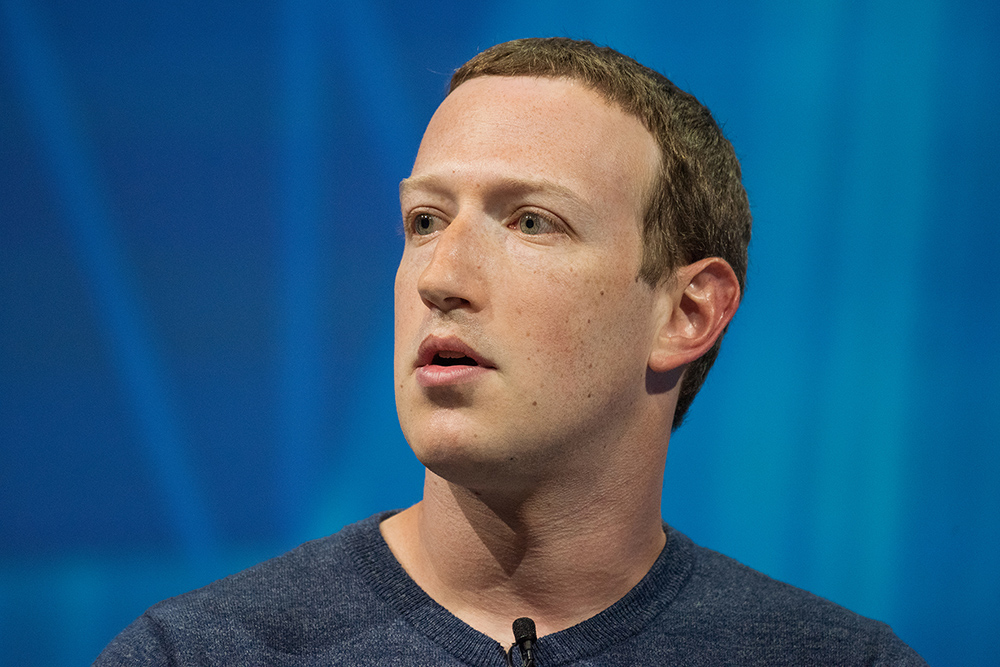 Facebook, the giant networking monster that boasts 2.41 billion monthly active users as of the second quarter of 2019, is getting too big for its britches. The news about the social media giant seems to be heading or way in a fast and furious manner. It now appears that bad blood exists between presidential hopeful, Senator Elizabeth Warren(D) and FB’s head honcho, Mark Zuckerberg. Photo Credit: Shutterstock

Facebook, the giant networking monster that boasts 2.41 billion monthly active users as of the second quarter of 2019, is getting too big for its britches. The news about the social media giant seems to be heading or way in a fast and furious manner. It now appears that bad blood exists between presidential hopeful, Senator Elizabeth Warren(D) and FB’s head honcho, Mark Zuckerberg.

Warren has indicated her desire to “break up’ the company and Zuckerberg was caught on a secretly taped audio from a July meeting saying that he was ready to “go to the mat” with Warren in a legal battle if she should be elected as our next president.

Commentator Michele Malkin recently wrote about the role that FB is playing in the contentious issue of immigration. In an article about the subject Malkin says that “Abolish ICE” thugs in Colorado want to see the homes and families of immigration enforcement officials set aflame. Denver communists want alien detention facility employees dead, swinging from nooses with broken necks. Both groups are brazenly using Facebook to spread their inflammatory and violent message.”

Another public relations coup from the social media king? Yes, Facebook is in hot water and for good reason.

The Federal Trade Commission has finally taken steps to begin to protect FB’s users by hitting it with a record breaking $5 billion fine as part of a settlement for violating consumers’ privacy rights. But, as huge as this penalty is, we believe it will, at best, merely slow down the control this behemoth has over the minds, ideas and actions of its ever growing number of users. Zuckerberg agreed to adopt new protections for the data users share on the social network and to measures that would limit his own power in the corporation. His words: “We’ve agreed to pay a historic fine, but even more important, we’re going to make some major structural changes to how we build products and run this company.” Good luck!

We agree that Facebook, in particular, among the other giants such as Google, has conspired, in our opinion, to restrict free speech among its users by cracking down on conservative news, views and messages that are perceived to be pro-Trump. In fact, we at the NY Jewish Voice have, ourselves been victims of such censorship when it comes to issues dealing with Israel or the pernicious Jew hating speech emanating from the mouths of leading politicians.

In fact, back in 2016, FB sent employees out for retraining, stating it would discontinue some of its practices viewed as prejudicial as it sought to defend itself against charges of political bias against conservatives. At that time the online giant denied that it had shown “systematic political bias,” but admitted employees played a large role in determining what news is highlighted in the trending section. Sure, blame it on the small fry and not from management which hires, fires and promotes its employees according to how well they’re perceived in doing their jobs. In any media group, political bias is a trickle down certainty. Go with it or look for another job.

Many young people, especially those busy, impressionable ones who do not take time to search for a balance in political reporting will stick with the ease of merely reading Facebook and its comments, assuming they are receiving unbiased “news.” Dangerous! With hundreds of millions of users, this channel of media communication can have a serious effect on the 2020 elections. Just censoring the viewpoints of conservatives and giving a “heads up” to the voices of the Left can swing an untold number of voters to vote accordingly. The $5 billion fine seems huge but it will not stop the FB behemoth from deciding just what issues it decides to highlight positively and those it wishes to denigrate. Watch out!