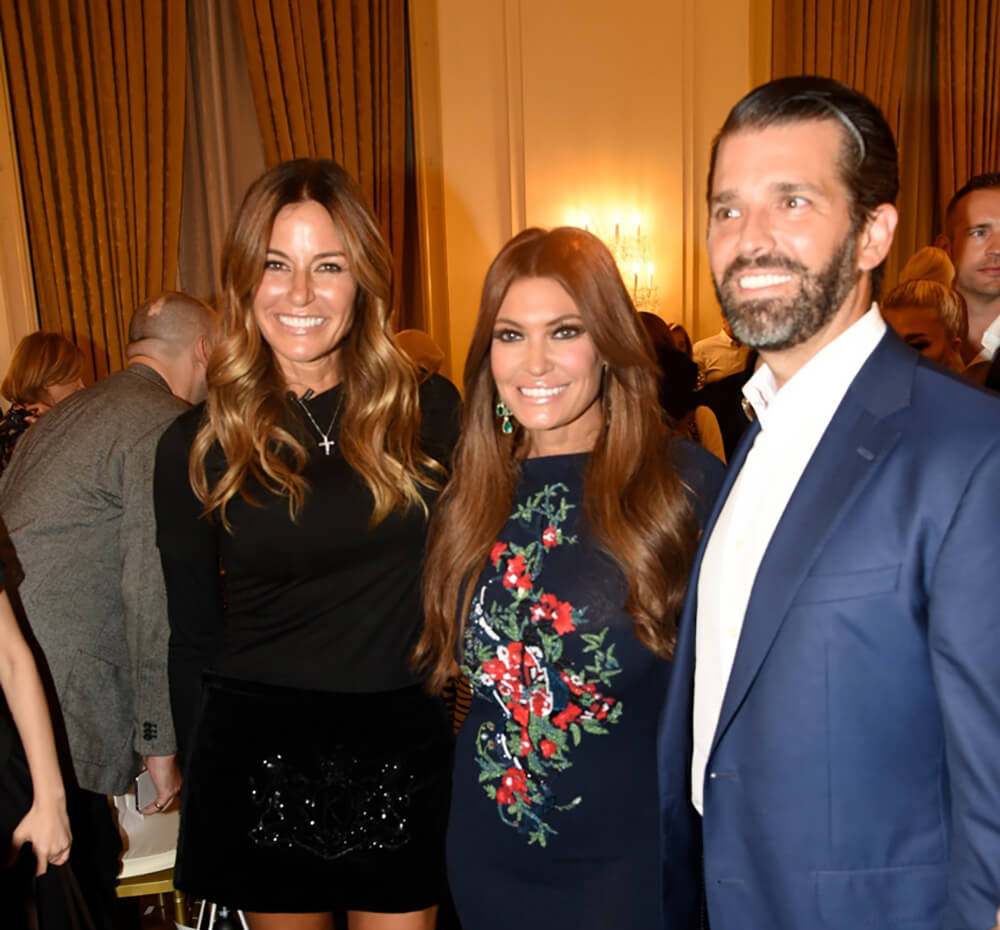 “We were invited to Buckingham Palace and needed attire three days before the big event and guess who we turned to,” remarked Donald Trump Jr. as he spoke about the auteur who has catered to the Trump family for decades. Zang Toi who has been dressing Ivana since 1995 with Ivanka walking six of his shows has been inextricably linked to the Trumps for decades. Both Marla Maples and Don Jr. were in the audience with Don accompanied by his girlfriend longtime Toi lover Kimberly Guilfoyle. Guilfoyle was wearing a blue Toi dress and has been a Toi loyalist for years. Celebrating his 30th anniversary with a gaggle of his best friends in tow was no surprise as Toi is nearly as famous for his exquisite designs as he is for his delightful demeanor. As socialites Audrey Gruss, Nicole Salmasi and Lucia Hwong Gordon gathered to pay tribute to this phenom there were also luminaries such as Patti LaBelle, Kelly Bensimon, and Bill Hemmer anxiously anticipating what he had in store. 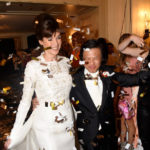 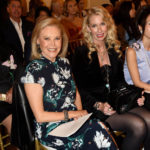 Toi did not disappoint, regaling the crowd with his signature touches of flowing capes, diamond brooches, floral detailing, and exquisite designs ratcheted up a few notches for his anniversary. The 8 PM show, which started forty minutes late, began with the National Anthem and was soon followed by the most competently executed show of Zang’s I have witnessed. The models were perfection with their hair styled in a high chignon reminiscent of Brigitte Bardot with some Audrey Hepburn and Twiggy thrown in. After sitting through a lengthy fashion week the most noteworthy trait of a Toi show is the attention he pays to each and every detail ranging from the harmonious classical music, to the perfect fit of each dress that glides down the runway. Unlike other shows where earplugs are a necessary staple and vulgar designs are ubiquitous Zang’s collections transport the audience to a different time and era.

The Malaysian 58-year-old Toi, has a remarkable history, arriving in the United States at the age of 18 and opening his own atelier in 1989 after attending The Parsons School of Design. He is paradigmatic of the opportunity abounding in capitalistic America for those who choose to work hard- exemplified by the fact that 30 years later the President’s son was sitting in his audience smiling from ear-to-ear at the designs parading by. Toi said the collection was a tribute to his Malaysian heritage with his unique interpretation of textiles such as Batik, Sarong, and Songket Malayu. The pastels were inspired by Her Royal Highness, Tengku Anis’s love for all shades of pastel. It was only fitting that Zang who came from the humblest of backgrounds in Asia would pay tribute to his roots with a lavish show that spared little expense. 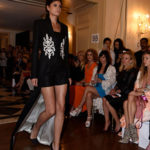 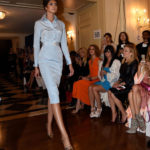 The 30-piece collection began with tunics and trains and lots of black-and-white ensembles. The looks were sexier than usual with plunging necklines, daring miniskirts, and micro dresses. Intricate embroidery, another Toi trademark, graced collars, jackets and sleeves with a bold prominence. The black and white embroidered jacket coupled with shorts and a black and white cape was sublime-classy, edgy and utilitarian without trying too hard. When the pastels of light blue, pink, lilac and yellow appeared on organza dresses accompanied by crystal crown brooches the Audrey Hepburn effect was in full force. The sheer pink floral gown with attached shorts was a unique take on evening wear that was demurely provocative.

My favorite of the night was the pastel metallic lilac gown accompanied by a rose encrusted miniskirt with matching sleeves-the sexy vibe accompanied by girlish playfulness is what fashion is all about. Concluding with a dramatic lilac column gown with a train and a blue caftan high neck gazar dress brought me back down to earth-that is until Carol Alt sashayed down the runway in a princess wedding gown with silver hand-beading. This was Toi telling the world that while we embrace the excitement of the new we must also pay homage to classic beauty that has paved the way for the magic of the modern era. 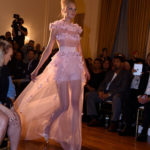 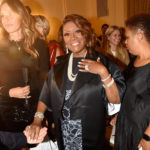 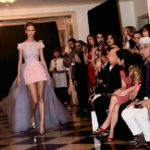 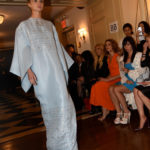 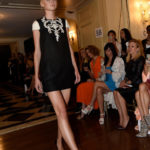 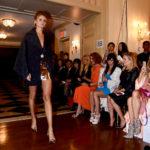