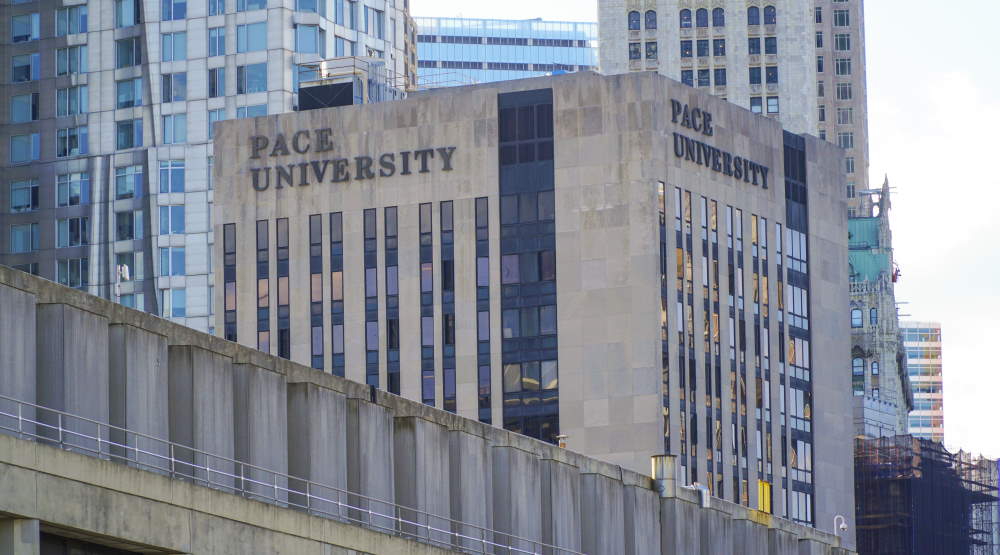 Yarmulke-wearing Jonathan Gersch, an adjunct math and statistics professor at Pace for nearly two decades, is seeking a half-million dollars in damages in court. He alleges that incoming department chairperson Shing So began firing senior staffers in 2016 in order to cut his budget. Photo Credit: Shutterstock

Have observant Jews and older teachers been selectively expunged from the Math Department of Pace University in New York City?

A one-time professor claim’s it’s true, and is suing the school.

Yarmulke-wearing Jonathan Gersch, an adjunct math and statistics professor at Pace for nearly two decades, is seeking a half-million dollars in damages in court. He alleges that incoming department chairperson Shing So began firing senior staffers in 2016 in order to cut his budget.

The suit, filed last Wednesday in Manhattan State Supreme Court, alleges that Gersch was let go in March of the following year. He claims further that So’s targets for firing were Orthodox Jews and staffers with more than 15 years’ tenure.

“While observant Jews were under 8 percent of the 51 adjuncts, ALL of them — 100 percent — were pushed out after the 2016 academic year,” the lawsuit reads.

Gersch said “there had been friction” between him and the university “regarding making reasonable accommodations for Jewish holidays in the past,” according to a story published in the New York Post.

A spokesperson for the university told the Post in an interview that her institution “has a zero tolerance policy against discrimination in the workplace. Under the university’s policies, if we receive a complaint, we investigate thoroughly and take appropriate action.”

While the courts will hash out whether or not the allegations have merit, there is no denying that college campuses around the United States have been the sites of numerous allegations of antisemitism in recent years.

Indeed, “American universities are openly breaking their bonds with the Jewish community by embracing active discrimination against Jewish students and rejecting their intellectual, emotional, and moral attachments to the values of equal human dignity, universal rights, critical inquiry, and rational thought,” according to a recent article in the Tablet.

As staffer Liel Leibovitz noted in May, “Last month, the student-run College Council at Williams, one of the nation’s top-rated liberal arts colleges, denied the request of a new student-run group to be recognized as a Registered Student Organization. The group, Williams Initiative for Israel, is dedicated to promoting Israeli culture and the Jewish state’s right to exist. The council provided no reason for its refusal, and, breaking with protocol, allowed anonymous voting, scrubbed names of participants from the protocol, and disabled the livestream of the council’s meeting, deeply compromising the transparency of the voting process. The decision violates Williams’ own Code of Conduct, which states that the school shall be “committed to being a community in which all ranges of opinion and belief can be expressed and debated.”