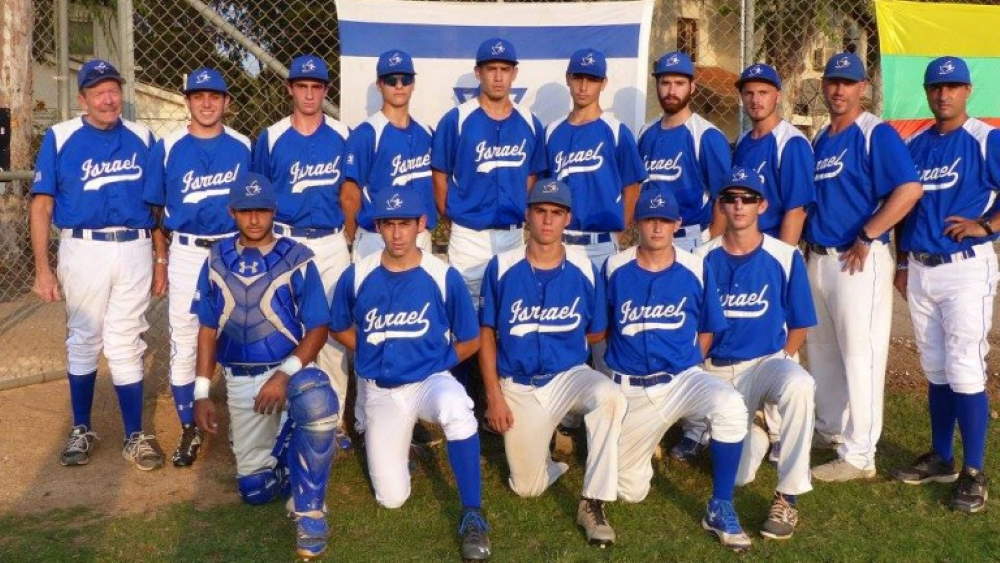 The Israeli national baseball team took a huge step forward to qualifying for the 2020 Olympics by beating France on Friday in Germany. Photo Credit: Israel Association of Baseball

The blue-and-white squad beat France 8-2 to earn the right to play for the Europe/Asia berth in the Tokyo Olympics.

The Israeli national baseball team took a huge step forward to qualifying for the 2020 Olympics by beating France on Friday in Germany.

The 8-2 victory gave them the last slot in the 12-team 2019 European Baseball Championship series, which will be played in Parma, Italy from September 18-22. The winner of this tournament gets to represent Europe and Africa in the Summer Olympics next year.

“For months it’s been a dream for us to reach the Olympic Games qualifiers alongside the very top teams in Europe, and today this dream came true,” said Israel Association of Baseball (IAB) president and general manager of Team Israel Peter Kurz in a statement. “We still have more games to win, but our players are motivated to go all the way to Tokyo 2020.”

Team Israel had to defeat quite a number of teams in order to get to the three-day round-robin series that will be played in Italy this week. In July, they won the Confederation of European Baseball’s European Championship’s Pool B Tournament by going a perfect 5-0 in Bulgaria. They overcame Greece, Serbia, Bulgaria, Ireland, and Russia — twice.

They then swept Lithuania, the winner of the other Pool B group, 2-0 in the best-of three championship, which enabled them to advance to the Pool A tournament that just concluded. There, the blue-and-white squad first went 4-1 in the initial round, only losing to current European champions the Netherlands.

This put them in second place, as they handily beat the Czech Republic, Sweden, Germany, and Great Britain. Defeating France, a European powerhouse, in the quarterfinals, gave them the top-5 finish they needed to get to the Olympic qualifiers.

One of the biggest stars on Team Israel is up-and-coming power hitter Blake Gailen, who is currently playing on the Los Angeles Dodgers AAA affiliate, one step below the major leagues. There are several former major leaguers on the team, as well as Jewish American college players.

But a point of pride for IAB’s Kurz is that “Israeli” Israelis are also on the team and acquitting themselves admirably.

“The best thing for me was to see five native Israeli kids who grew up in the IAB program play crucial roles,” he told The Jerusalem Post after the win in Bulgaria. “Bringing in ‘new Israelis’ like Blake Gailen, like Zach Penprase, is important for our organization, but I think having those homegrown players playing such crucial roles is fantastic.”

For the Olympics – and even for the qualifying rounds – players must be citizens of the countries they are playing for. Fifteen of the Team Israel players officially made aliyah in 2018 and 2019 in order to be able to don the blue-and-white uniform and get the chance to play in the Olympics.

This is in contrast to 2017’s World Baseball Classic, where the players only had to be eligible for citizenship. Israel finished a surprising sixth in the WBC with such luminaries as Ryan Lavarnway and Ike Davis, who are former Major League baseball players now in the minor league system. (World Israel News)