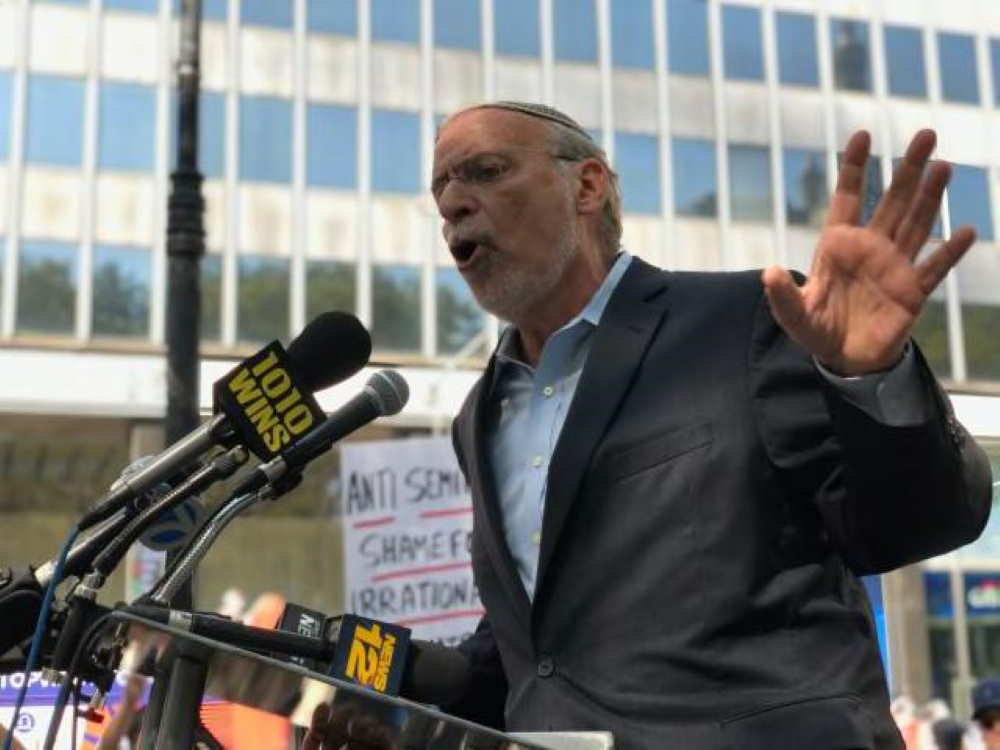 Under the leadership of former New York State Assemblyman Dov Hikind, dozens of concerned individuals gathered at City Hall Park on Sunday afternoon for a rally that addressed the growing wave of anti-Semitic attacks on religious Jews in Brooklyn and around the city.

According to a 1010 WINS radio report on the demonstration, those in attendance took politicians and elected officials to task for not condemning anti-Semitism on both sides of the political spectrum.

The speaks also pointed to the mainstream media as culprits for only reporting on anti-Semitism that emanates from the “Right” and not the “Left.”

Hikind, a former member of the Jewish Defense League and a veteran Jewish activist called on Mayor de Blasio to take immediate and bold measures to curtail the nefarious plague.

“I’m asking the mayor to declare a state of emergency here in New York with regard to anti-Semitism,” Hikind said.

Reports from the NYPD indicate that indeed a state of emergency does exist as it pertains to anti-Semitic hate crimes in the city.  These crimes are up 63 percent this year compared to 2018 and that more than half of hate crimes committed in New York City are against Jews, according to the 1010 WINS.

While the majority of the crimes are acts of vandalism, like scrawled swastikas, there has also been many violent attacks on Jews. Several weeks ago, Avraham Gopin, a 63-year-old Jewish man was brutally attacked with bricks while exercising in a Brooklyn park. He was treated at a local hospital for injuries to his face.

“Attacks on Jews are more numerous than all other racial attacks,” Hikind told demonstrators.

Many at the rally criticized de Blasio for what they say is a lack of interest in the issue and a tendency by the mayor to paint it as a right-wing problem.

According to a report in the New York Daily News on September 18th, Mayor DeBlasio emphasized that hate crimes against Jews and other minorities are driven by white supremacy outside of New York City, in the Big Apple, the mayor believes that attacks against Jews are only committed by the mentally ill, youth with the wrong ideas or people with personal beefs. He and other elected officials normally remain mum when the attacker of Orthodox Jews in Brooklyn happens to be a member of a minority.