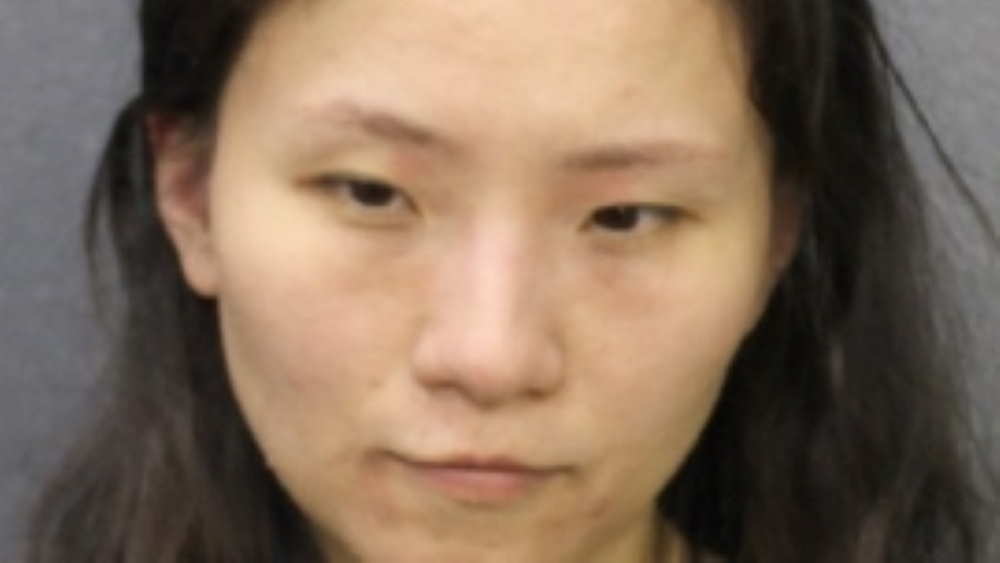 On Wednesday, a federal jury handed down a conviction in the trespassing case of Yujing Zhang, a Chinese businesswoman who lied to Secret Service agents in order to gain access to President Trump’s Florida estate, known as Mar-A-Lago, near Palm Beach.

The 33-year-old Shanghai consultant faces up to six years in prison when District Judge Roy Altman sentences her Nov. 22, according to an Associated Press report.

Acting as her own attorney after dismissing the public defenders assigned to her case in June, Zhang displayed no reaction when the verdict was read aloud in court.  She then spoke calmly with federal marshals, discussing what would happen with her legal papers. She smiled at her standby public defenders and was led back to jail.

The AP reported that prosecutors and Zhang’s standby attorneys declined to comment. Jury forewoman Shelly Hoffman said only, “You heard our verdict.”

Troubles began for Zhang in February of this year when she paid $20,000 to “Charles,” a man she knew only online, to attend a Chinese-American friendship event at Mar-a-Lago on March 30. It included a promised photo with the president or a member of his family, according to evidence in submission. These kinds of meetings are commonplace occurrences at Mar-a-Lago. Trump has owned the exclusive club since 1995 when he purchased the property of a 1920s mansion that was built by Post cereal heiress Marjorie Merriweather Post.

Zhang’s former public defenders believe “Charles” is Charles Lee, a Chinese national who ran the United Nations Chinese Friendship Association, as was reported by the AP.  It is not affiliated with the U.N. He was photographed at least twice with Cindy Yang, a Republican donor and former Florida massage parlor owner who organized Mar-a-Lago events.

By mid-March, texts the Secret Service found on Zhang’s cellphone showed Charles told Zhang the event had been canceled. For the same price she could attend an event with Bill and Hillary Clinton or one with investor Warren Buffett, although a photo with Buffett would cost $40,000 more, testimony showed. Photos with celebrities like the Trumps, the Clintons or Buffett are sometimes used by Chinese business owners for promotion.

Zhang demanded a refund, the text showed. Prosecutors said that showed she understood the event was off.

Still, Zhang flew to the United States on March 28. A limo driver testified that on March 29 he took to Mar-a-Lago a woman prosecutors said was Zhang. The woman told Willy Isidore she planned to visit the club, but he told her that was impossible unless she had an invitation.

The next day, a taxi dropped Zhang off at the Secret Service screening area across from Mar-a-Lago. The president and his family were at the club that weekend, although he was playing golf at his nearby course and Zhang was never near him, according to the AP report.

The AP reported that agent Krystle Kerr testified Zhang said she was there to visit the pool. Mar-a-Lago managers thought she might be the daughter of a member named Zhang and admitted her.

Receptionist Ariela Grumaz testified she immediately spotted Zhang as an outsider. Grumaz said she knows the 500 members and most of their guests and Zhang was taking photos in the lobby, which is prohibited. She also said Zhang was wearing a long, gray evening dress at 1 p.m., which seemed odd. Grumaz said she stopped Zhang as she tried to walk past her into another room. Zhang told her she was there for the U.N. event, but Grumaz knew no such event was scheduled.

Grumaz alerted the Secret Service. Agent Sam Ivanovich testified Zhang told him she was there for a Chinese-American event and showed him an invitation in Mandarin, which he doesn’t speak. He said a search showed Zhang was carrying four cellphones, a laptop and an external hard drive. She told agents she feared they would be stolen if she left them in her hotel room. However, when agents searched her room, they discovered in the open more electronics gear — including a device to detect hidden cameras — $8,000 in cash and numerous credit and debit cards. She faced no espionage charges, however. (AP)