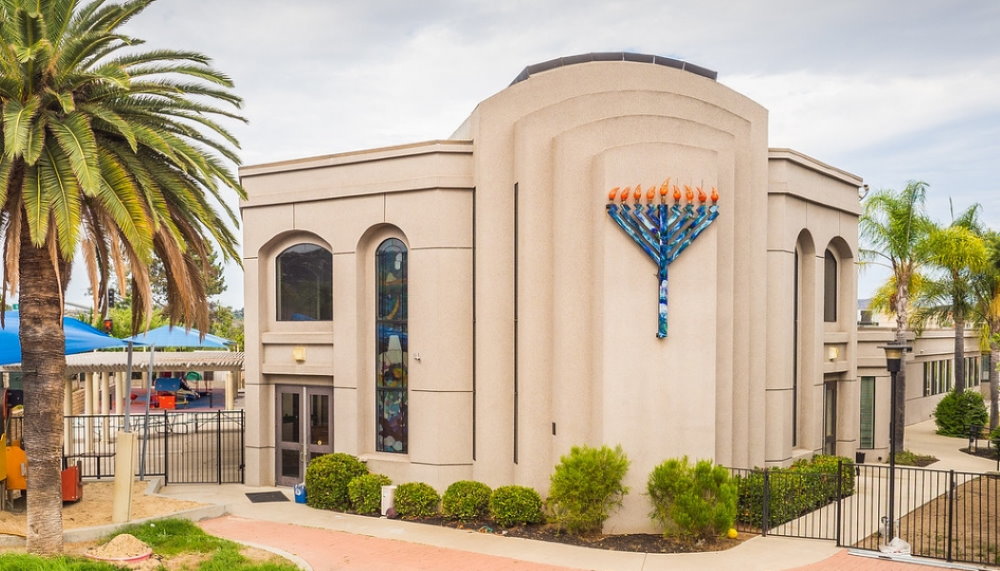 A Chabad synagogue in Poway came under attack by a gunman hunting for Jews. He murdered 60-year-old Lori Kaye in cold blood, and wounded three others, including Rabbi Yisroel Goldstein. Seeking to fight darkness with light, Jewish pride was the response as when a student proudly wore a kippah to his graduation, and from Poway to the White House, enacting a “Moment of Silence” in schools was encouraged. Photo Credit: Chabad Poway

From hatred to hope, and from loss to resolve

The Jewish year 5779 was replete with consequential events, and Chabad.org/News covered hundreds of them. We shared uplifting moments of humanity at its best and heart-wrenching stories about humanity at its worst. We were there in Pittsburgh, as a community reeled from a horrific attack and we reported from Poway, as a Chabad House came under fire. We brought our readers looks into Jewish life in far-flung locales and heralded the founding of new Chabad centers. We celebrated the achievements of extraordinary individuals, and honored the memories of people who have passed on.

As the Jewish year comes to a close and we prepare to usher in the new year of 5780, here are some of the stories readers found most compelling.

Eleven precious souls were cut down in Pittsburgh in the deadliest anti-Semitic attack on U.S. soil, and its community mourned, regrouped and is rebuilding. The Center for Victims will continue to offer support through the High Holidays, and at all public and private commemoration events.

A Chabad synagogue in Poway came under attack by a gunman hunting for Jews. He murdered 60-year-old Lori Kaye in cold blood, and wounded three others, including Rabbi Yisroel Goldstein. Seeking to fight darkness with light, Jewish pride was the response as when a student proudly wore a kippah to his graduation, and from Poway to the White House, enacting a “Moment of Silence” in schools was encouraged.

A wave of arson attacks struck Massachusetts Chabad Houses, and once again, their rabbis responded with calls to increase in light over darkness, and inspired congregants to come to synagogue in larger numbers.

In Israel, haters of the Jewish people murdered innocents indiscriminately. A teenage girl who was hiking with her family. A yeshivah student slain in Shomron. A rabbi and a community activist who, though mortally wounded, fought back, saving others. A baby who was delivered prematurely and did not survive after his mother, father and five others were shot and wounded. Two workers at an industrial park. And four victims of the rocket attacks from Gaza that target civilian cities and towns in southern Israel. May G d avenge their blood, and may their memories be for a blessing.

Yet despite these tragedies, and in many cases in direct response to them, the main theme of the Jewish world throughout 5779 was one of hope, pride, defiance and resolve, manifested in acts of goodness and kindness, an increase in the performance of mitzvahs, and the opening of new centers and facilities around the world.

A Chabad rabbi became one of a handful of individuals ever to donate both a kidney and a liver, both to complete strangers. Some 150 Jewish passengers stranded in Greece enjoyed a memorable Shabbat, compliments of local Chabad emissaries, and we looked back 40 years later at the Chabad effort that saved 1,800 Iranian children.

Chassidim were instrumental in passing the First Step Act, a sweeping package of criminal justice reform. In a tradition that started with Jimmy Carter, the president proclaimed “Education Day” on the anniversary of the birth of the Rebbe—Rabbi Menachem M. Schneerson, of righteous memory—and honored the Rebbe’s vision for education in society. As the Jewish community marked the 75th yahrtzeit of the Rebbe’s father, Rabbi Levi Yitzchak Schneerson, we looked back at the KGB’s belated apology for his persecution and death. And In California, a landmark ‘Mezuzah Bill’ enhanced religious liberty and Jewish pride.

Chabad.org/News brought readers a glimpse into Jewish life deep in the Amazon rainforest. We found out what it’s like to be a Chassidic woman in Muslim-majority Morocco, and we visited Chabad Houses in balmy Aruba and historic Barcelona. (Chabad.org)