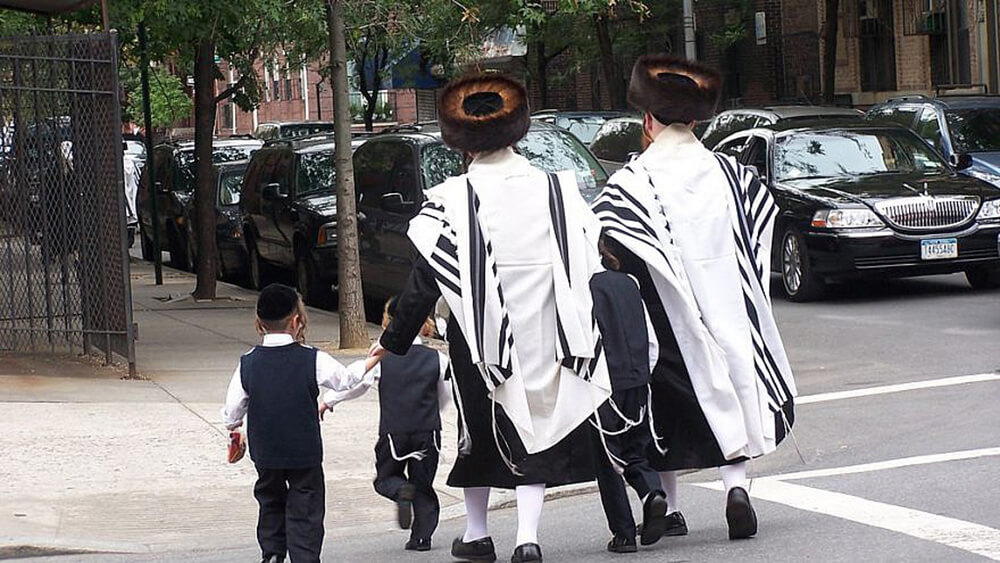 The Williamsburg and Crown Heights neighborhoods of the New York borough, both of which contain substantial Chasidic communities, have been inundated by hundreds of visitors each day over the summer as part of “cultural tours” operated by a number of companies. Photo Credit: Shutterstock

New York is filled with tourist site seeing activities , from “ The Ride” which goes all around Times Square entertaining the bus full of tourists to the “Morbid Tour”, which takes tourists to sites of famous murders in New York, the latest tourist attraction is Hasidic Jews in Brooklyn & many religious folk are unhappy about this new trend.

The Williamsburg and Crown Heights neighborhoods of the New York borough, both of which contain substantial Chasidic communities, have been inundated by hundreds of visitors each day over the summer as part of “cultural tours” operated by a number of companies, The JC reported.

One Chasidic man told the Post that he felt like the tourists saw him “as a freak”, someone “from another world…not human”. Another, who was quoted said that he would regularly be photographed like he was on display in a zoo, said “we are people, not animals to be photographed”.

Some local Orthodox Jews complained that the tourists are taken into Kosher shops and are not dressed modestly enough.

Saturdays, when many Chasidic men wear a fur streimel as part of their Shabbat garb, is said to be a particularly popular day for tourists to be present with cameras, taking pictures of the Strictly Orthodox locals, the JC reported.

Another issue with these tourist treks is the inaccurate portrayals of Orthodox life. The Post said that one Spanish language guide it attended repeated the falsehood that Strictly Orthodox Jews procreate by having sex through a sheet with a hole in it and claimed that marriages between family members were once frequent.

Various web series about the Chasidic community such as Shtisel and One of Us have contributed to the recent tourism surge and generated a lot of interest in the Orthodox community, JC pointed out.

Sightseeing groups venture into Williamsburg and Crown Heights several times a week, some via tour-bus companies InterviajesNY, Tour America and Civitatis. The three-offer so-called “contrast” tours of various cultural communities in Queens, Manhattan, Brooklyn and The Bronx — with one touting the “numerous memorials to gang members who were killed in shootouts” in that borough, the Post reported.

“ It is bad enough we have busloads of tourists all over Manhattan, literally like 40 different companies, Big Bus, Green Bus, The Ride I can go on and on, now they are bringing the tourists into the outer boroughs where people are just going about their business… correct it’s almost like the zoo, when you go to the big cat section of the zoo you hope maybe the big tiger will wake up and walking around… now tourists are like…. If I’m lucky I can see some rarely seen Jews if they are up and about doing there thing, wow, look there is a Jew buying a loaf of bread, look at that cool hat”, political analyst Jared Evan jokingly told the Jewish voice.