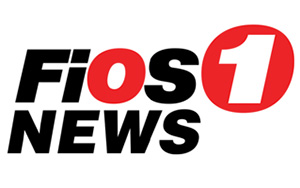 This fall, Verizon will choose to shut down its news station, Fios1 News. The telecom company had a 10-year contract will Rye Brook-based RNN, but they opted out of the contract. Photo Credit: Verizon.com

This fall, Verizon will choose to shut down its news station, Fios1 News. The telecom company had a 10-year contract will Rye Brook-based RNN, but they opted out of the contract. The closing of the new station will leave 150 people unemployed. Richard French III, who is the president of RNN, said that they tried to accommodate Verizon all that they could but the contract just didn’t work out in the end. French wrote in the letter, “Barring a change in direction from Verizon, RNN News will cease providing news programming for Verizon’s Fios1 News network at 12:01 am on November 16, 2019… This means your employment will permanently end on November 15, 2019.”

The journalists at RNN have been creating nightly newscasts for Fios1 for the past decade. They covered places all over New York like, Poughkeepsie, Port Chester, and Nyack. French has notified his employees about the closing of the network 90 days prior to the closing, which is required from a business that has 50 or more employees. According to a Crane’s business article, this rule is part of the issuance of a Worker Adjustment and Retraining notification. French made sure to emphasize the fact that RNN will always be up for negotiation on a new deal will Verizon and their news station, Fios1.

He believes that local new is really important, and according to the WJN, the company, “will continue to make the case that original local news is critical to the communities we serve.” According to the company, and especially their president, local news is really imminent for small communities, and getting rid of it is a mistake that the public should really be concerned with. French wrote in a letter, “The vanishing presence to cover local news with multiple voices should concern everyone.” It is currently unknown which program will replace Fios1 on its channel, which is 1 or 501. After the plug is pulled on Fios1, the only sole hyper-local cable news channel in New York City will be Altice’s News12. The real concern should really be focused on the huge amount of people who are now without a job after working for this news station for a decade.