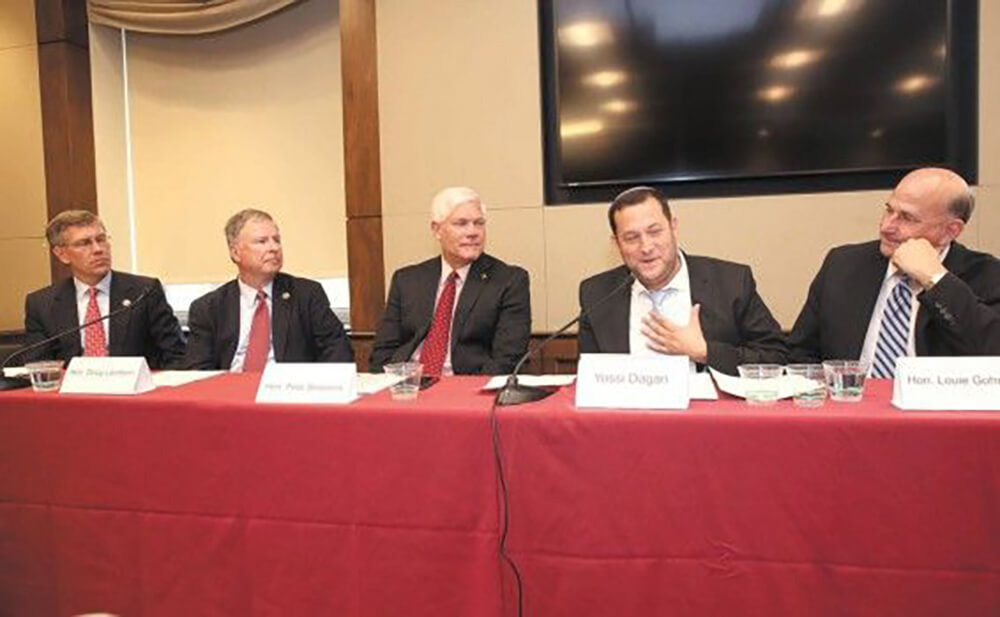 At first glance, the Anti-BDS bill passed last week in the US congress seems like a victory for Israel. However, 22 Israeli MKs responded with a letter protesting the bill – because it also commits to a two-state solution. Several US congressmen expressed their support for the Israeli MKs’ letter.

“A two-state solution is far more dangerous to Israel than efforts to boycott the Jewish state,” said the Israeli MKs in the letter. House Minority Leader, Congressman Kevin McCarthy (R. Ca-23) agreed with the content of the letter, saying it is not their place to choose the solution for the conflict, but rather to support Israel’s security.

McCarthy pointed out the Israeli disengagement from Gaza as an example for promising solutions that can go terribly wrong. “I wouldn’t say to Israel ‘here is the solution,’ but rather give Israel all it needs in order to secure itself,” said McCarthy.

Along with McCarthy are many other congressmen who support the message in the letter. Congressman Denver Riggleman (R. Va-5) said that Israel and the Palestinians must find solutions. According to Riggleman, the US must take a step back and support Israel’s right to exist and defend itself. “There is no easy solution to the conflict,” said Riggleman, “who am I to tell Israel what to do?”

Congressmen Bryan Steil (R. Wi-1) and Clay Higgins (R. La-3) both concurred and supported the Israeli letter that demands of the US Congress to stop supporting the two-state solution.

The Israeli letter was a response to H. Res. 246 to oppose the anti-Israel Boycott, Divestment and Sanctions (BDS) movement. The resolution passed with an overwhelming majority of 398 in favor and 17 against, and five abstentions. It also explicitly called for the establishment of a Palestinian state, vis-à-vis the two-state solution.

“We wish to emphasize that the resolution passed in Congress against the BDS (H. Res. 246) is a big mistake because it includes support for what is called the “Two-State Solution”, meaning the establishment of a Palestinian state in the heart of the small land of Israel,” they stated in the letter.

They added that “[t]he establishment of such a state goes against both American and Israeli policy, and the majority of Israelis’ opinions.”

Yossi Dagan, head of the Shomron Regional Council, who initiated the letter, said in a statement that he is pleased the congressmen have supported their opinion. “We are sure that not everyone who voted in favor of the resolution knew it included the two-state solution.… Today everyone knows that a Palestinian state is a danger to Israel’s security. It makes no sense to place a terror state so close to Tel Aviv,” he added.