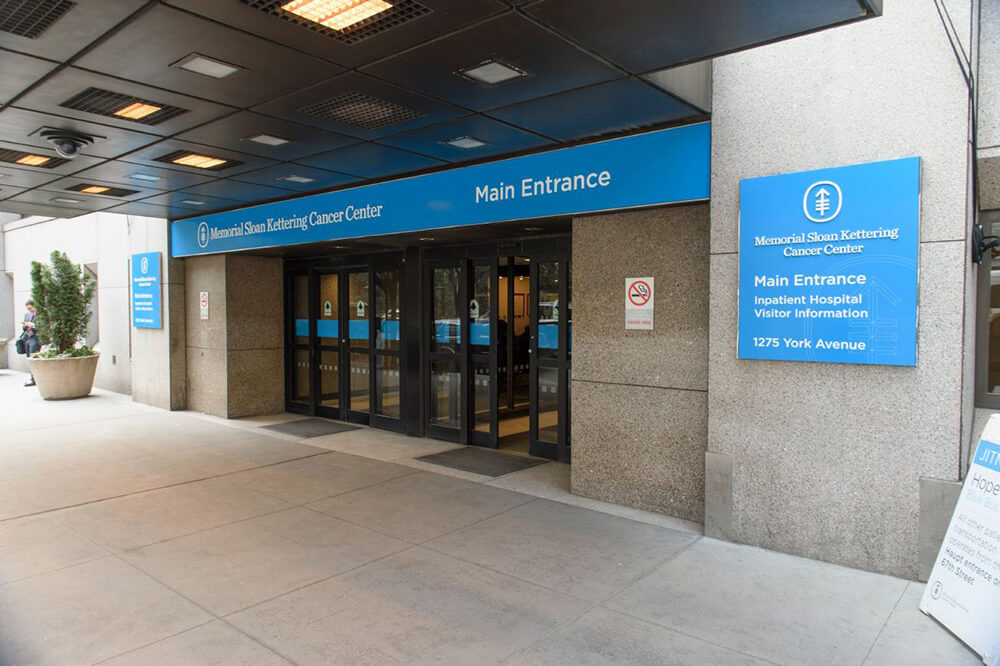 Prior to joining Memorial Sloan Kettering, Dr. Soff had been Chief of the Division of Hematology/Oncology at SUNY Downstate Medical Center. Photo Credit: Sloan Kettering

In a city the size of New York, there is definitely no shortage of doctors or hospitals. As a matter of fact, people who are in need of the highest quality healthcare, usually make their way here.

And in a city of this magnitude, finding a doctor who truly comprehends what their patients endure during a life-threatening illness, is like finding a needle in the proverbial haystack. 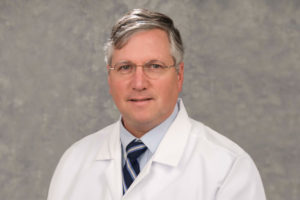 Recently, the Jewish Voice had the honor of speaking with Dr. Gerald Soff, the Chief of the Hematology Service at Memorial Sloan Kettering Cancer Center in Manhattan about his life, his career in medicine and his appearance as special guest speaker at an Israel Cancer Research Fund benefit in Deal, NJ on Thursday evening, August 8th.

Dr. Soff joined the Memorial Sloan Kettering Cancer Center in 2009 as Director of the Benign Hematology Program and in 2010 he was appointed Chief of the Hematology Service within the Department of Medicine’s Division of Hematologic Malignancy.

Under Dr. Soff’s leadership, the Hematology Service has focused on the management and study of non-neoplastic hematologic disorders, including thrombosis, blood coagulation, and disorders of red cells and platelets. This includes a particular focus on the hematologic disorders that occur in cancer patients.

He has extensive experience in the diagnosis and management of thrombotic diseases as well as hemorrhagic disorders, an expertise that is of particular benefit to those patients with cancer who are at risk for both thrombosis and bleeding. His research involves studies of the interaction of the coagulation system and cancer. He is also actively involved in training medical students, residents, and fellows in hematology.

After receiving his MD degree in 1981 from The Johns Hopkins School of Medicine, Dr. Soff did his residency training at the Medical College of Virginia and subsequently completed a hematology/oncology fellowship at Beth Israel Deaconess Medical Center, in Boston. Prior to joining Memorial Sloan Kettering, Dr. Soff had been Chief of the Division of Hematology/Oncology at SUNY Downstate Medical Center. He is board certified in internal medicine and hematology.

Speaking of his first encounter with the ICRF, Dr. Soff recalled, “I was invited by one of my colleagues to be a grant reviewer for ICRF about 12 years ago. I did a three-year stint as a reviewer for ICRF and I must say that I was quite impressed by the commitment and dedication of this wonderful organization that exists to help save lives, each and every day.”

Dr. Soff also recounts his personal relationship with the ICRF and the people that he met on the way to becoming an integral figure in the expansion of this life saving organization. 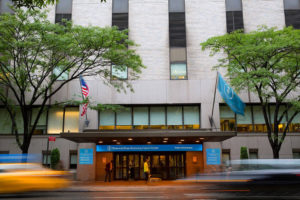 Of Memorial Sloan Kettering Hospital, Dr. Soff said, “Everyone truly respects each other, and everyone is highly motivated, with a pride of purpose. The patients, too, are motivated and personally engaged in their care. This is very important to the healing process.” Photo Credit: Sloan Kettering

In the summer of 2015, Dr. Soff told the Jewish Voice that he had diagnosed himself with cancer. “My story, however, is a great one,” said Dr. Soff.

Dr. Soff said the results of his blood tests led to the diagnosis of multiple myeloma which is a form of bone cancer. It was this cancer and my personal treatment course which was related to ICRF.

“Myeloma is a cancer of plasma cells within the bone marrow,” said Dr. Soff. “Two Israeli scientists, Aaron Ciechanover, Avram Hershko, supported by ICRF, along with their American colleague Irwin Rose, discovered the proteasome. This discovery was so important that they won the Nobel Prize in Chemistry in 2004. This discovery led to development of proteasome inhibitors, a new class of anti-cancer drugs, which are highly effective in treating myeloma! Starting in 2015, I received 9 cycles of chemotherapy, which included a proteasome inhibitor, followed by a bone marrow transplant in April 2016. This treatment was highly effective, and I remain cancer free!”

“So, to put this in perspective, I am alive and well today, in large part due to the brilliant cancer research by two Israeli scientists, with support from ICRF! What an amazing gift I received!” Dr. Soff acknowledges and praises Hashem, his family, as well as the scientists, physicians, nurses, and others who all helped me get to where he is today. “I have had enough blessings to share my appreciation!”

“In 2017, shortly after moving to Manhattan, I joined the Fifth Avenue Synagogue. It was there at a kiddush one Shabbos, that I was introduced to Cynthia Perl. Cynthia told me that she works with the ICRF.“ recalls Dr. Soff. “I told her that I had previously worked with ICRF, as a grant reviewer. It was like the proverbial light bulb went off. I realized how important it was for me to get back involved.”

“I can tell you from my personal experience that ICRF is incredibly valuable and important in terms of supporting scientific researchers in Israel. I am quite impressed with how efficient they are with the money they receive from public and private donations. These dedicated scientists are mindful that the money that they receive are not endless and they are cognizant that every single dollar means so much. I found them to be extremely productive with a relatively modest amount of money,” declared Dr. Soff.

Dr. Soff said that for devoted scientists that the ICRF helps to support, a $100,000 donation can fund an entire grant for a whole year. “They (the scientists) get a lot of productivity out of the grants they receive, and they produce tangible results in multiple capacities,” he added.

Not only does the ICRF fund cancer researchers and internationally renowned scientists in Israel, but Dr. Soff said that the organization has branched out and partnered with such organizations as the City of Hope Cancer Center in California.

As to his position at Sloan Kettering, Dr. Soff has nothing but the highest praise for his colleagues, the administration, staff and patients at this iconic hospital.

“Based on my years of experience at various hospitals, I can most assuredly say that Sloan Kettering is the most amazing medical center in the world,” said Dr. Soff. He added that, “From those in senior positions to those in less glamorous jobs such as housekeeping or meal services, each person is accorded the highest level of respect, consideration and decency. It takes everyone to do their job well, for us to provide the best of care to our patients. No one is treated as though their jobs are “just menial” or what they do each day is negligible. But rather each person is treated as though they are doing an important task. “The fact of the matter is, each person at Sloan , irrespective of their title or position is doing the most important work possible.”

Dr. Soff recalls his own time as a patient at Sloan Kettering. “Everyone truly respects each other, and everyone is highly motivated, with a pride of purpose. The patients, too, are motivated and personally engaged in their care. This is very important to the healing process.”

Having had nine months of chemotherapy and a bone marrow transplant at Sloan Kettering, Dr. Soff said, “Sloan Kettering is simply a wonderful place to work. Each person played a significant and important role in saving my life. For that and much, much more I am eternally grateful and so very proud to be a part of this hospital that has dedicated itself to saving lives around the globe.”