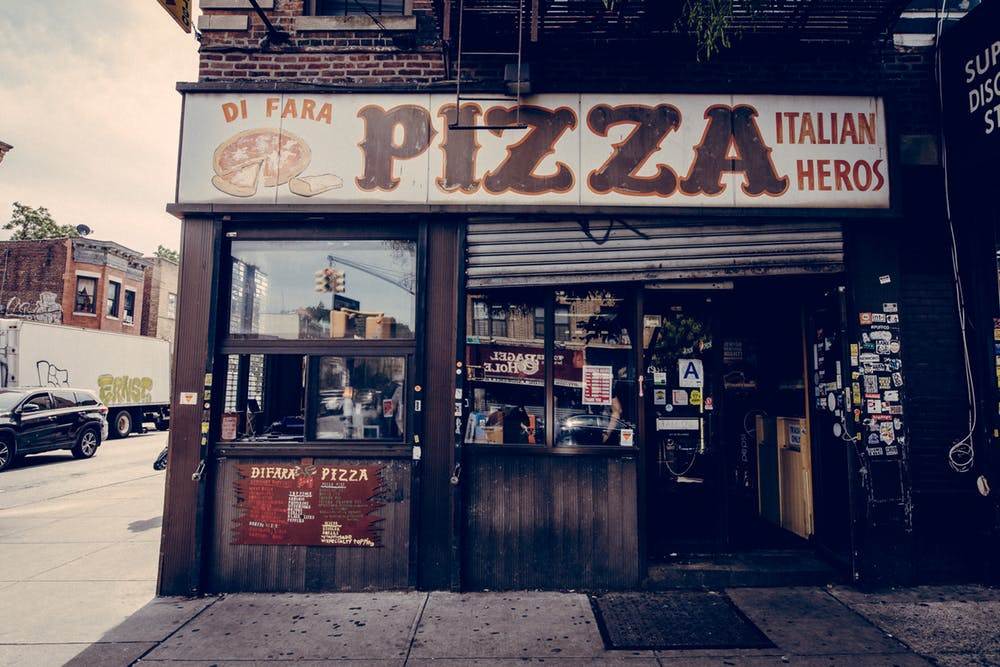 New York City mayor and 2020 Democratic candidate for the White House Bill de Blasio has taken a position on the famous Brooklyn pizzeria known as DiFara.  It was reported that the renowned Midwood pizzeria has been seized for unpaid state taxes.

The pizzeria was once a well-kept secret for local Brooklynites but due to extensive praise by food critics and word of mouth Di Fara has become a tourist destination.

Taking to Twitter, de Blasio promised he would do “anything” to resolve the issue that DiFara is facing as he would like nothing more than for the pizza parlor to reopen at its original location on Avenue J.

Di Fara is THE best pizza place in New York City. It MUST be saved. I’m ready to do anything I can to get them reopened — as are thousands of New York City pizza-lovers.

According to a report on the Grub Street web site, the New York Daily News has published a report with photos of New York State Department of Taxation and Finance agents outside the Midwood institution. A spokesman for the Taxation Department tells the paper that the pizzeria’s owners owe $167,507 in state taxes dating back to 2014, explaining that the seizure is a “last resort.” The shutdown reportedly happened on Wednesday, when pizza guy Dino Rella called DeMarco’s daughter and heir apparent Margaret Mieles to inform her the authorities had arrived.

The pizzeria reopened on Thursday at 2 pm.

In April of 2018, the Jewish Voice reported that the world famous Di Fara pizzeria has been temporarily closed down after it failed a health inspection.  At the time it was hit by the city’s Health Department with over 46 violation points for several hazards, including an alleged rodent infestation and improperly stored food.

Inspectors reported evidence of mice near the food areas, cold foods being held at unsafe temperatures, other foods left unprotected from contamination and facilities that were not vermin-proof, city records show.

Restaurants are graded on a violation point system that determines their letter grades — scores between zero and 13 constitute an A, scores between 14 and 27 constitute a B, and scores above 28 earn eateries a C and close monitoring from the city’s health department, according to Patch.com.