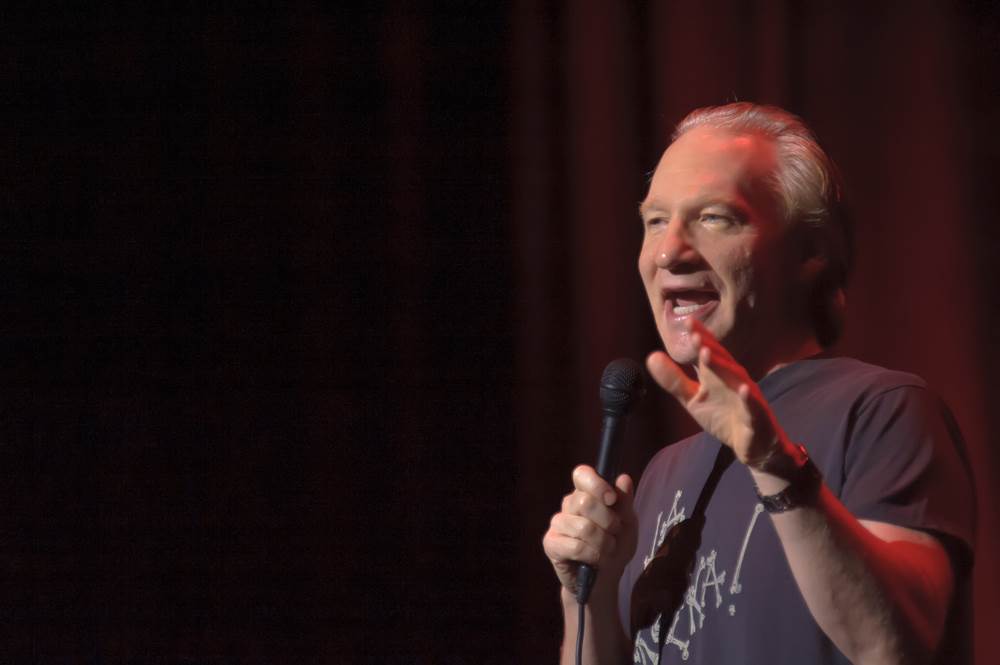 “Some people have one move only: boycott. Cancel. Make-go-away. But here’s the thing, the house voted 318 to 17 to condemn the #BDS movement,” tweeted cable talk-show host and comedian Bill Maher.

Cable talk-show host and comedian Bill Maher fired back at Rep. Rashida Tlaib (D-Mich.) on Wednesday after the freshman congresswoman called last week for boycotting the his HBO show, where he criticized the anti-Israel BDS movement that both she and Rep. Ilhan Omar (D-Minn.) have vocally been supporting.

“Maybe folks should boycott his show,” tweeted Tlaib, who compared boycotts of Israel to that of apartheid South Africa in the 1970s and 1980s.

“I am tired of folks discrediting a form of speech that is centered on equality and freedom,” the congresswoman continued. “This is exactly how they tried to discredit & stop the boycott to stand up against the apartheid in S. Africa. It didn’t work then and it won’t now.”

Maher responded on Twitter, “Some people have one move only: boycott. Cancel. Make-go-away. But here’s the thing, the house voted 318 to 17 to condemn the #BDS movement, including 93% of Dems. Does Tlaib want to boycott 93% of her own party?”

On Sunday, Ronald Lauder, the president of the World Jewish Congress, issued a press release saying that his organization finds Tlaib’s suggestion of a boycott of Maher’s program “deeply disturbing.”

Focusing on Tlaib’s vocal support for the BDS movement Lauder said: “Serious questions need to be asked about Tlaib’s motivation in supporting the extremist BDS Movement, which is allied with terrorists and is not shy about its ultimate aim of destroying Israel.”

In July, a whopping 89 percent of Democrats voted for an anti-BDS resolution in the House of Representatives.

The back-and-forth began when Maher said on his latest show that BDS is “a bulls**t purity test by people who want to appear woke but actually slept through history class. It’s predicated on this notion—I think it’s very shallow thinking—that the Jews in Israel are mostly white and the Palestinians are browner, so they must be innocent and correct, and the Jews must be wrong.”

“As if the occupation came right out of the blue, that this completely peaceful people found themselves occupied,” he continued. “Forget about the intifadas and the suicide bombings and the rockets and how many wars.”

“Let me read Omar Barghouti, one of the co-founders of the movement,” added Maher. “His quote: ‘No rational Palestinian … would ever accept a Jewish state in Palestine.’ So that’s where that comes from, this movement, someone who doesn’t even want a Jewish state at all. Somehow this side never gets presented in the American media. It’s very odd.”

Tlaib and Omar were barred from Israel last week for her BDS support, though Tlaib was later granted a humanitarian request to visit her elderly grandmother in Samaria. In the end, she chose not to go. (JNS.org)