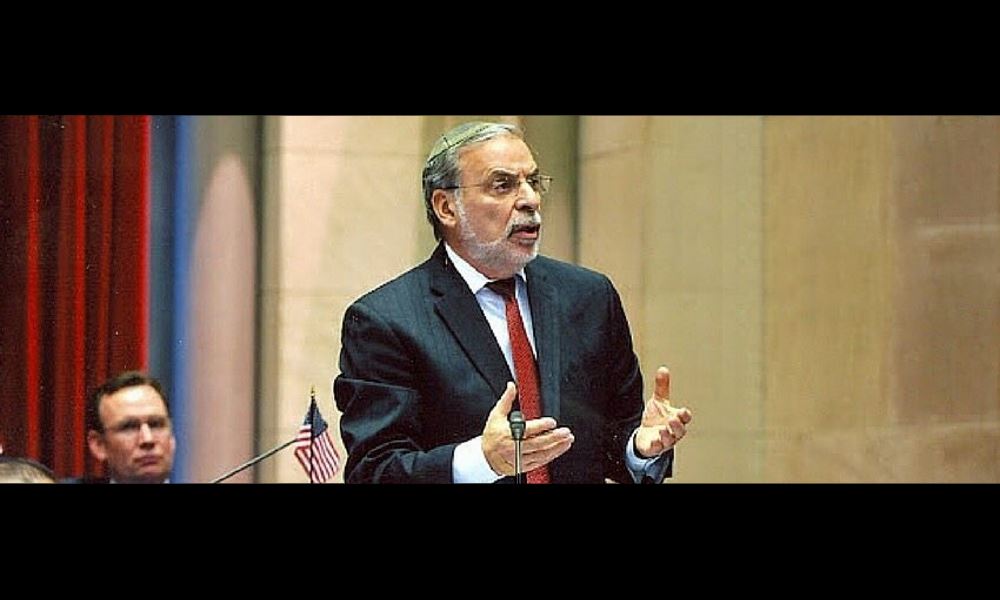 Seems like controversial Bronx-Queens Congresswoman Alexandria Ocasio-Cortez (D) is running scared after a lawsuit was filed against her by former NYS Assemblyman Dov Hikind (pictured above) for blocking him on Twitter. Photo Credit: Facebook

Seems like controversial Bronx-Queens Congresswoman Alexandria Ocasio-Cortez (D) is running scared after a lawsuit was filed against her by former NYS Assemblyman Dov Hikind for blocking him on Twitter.

According to a report in Thursday’s NY Post, Ms. Ocasio-Cortez has asked a judge on the federal bench to dismiss the suit. AOC, as she is known colloquially, has postulated that Hikind “lacks standing to bring the action.” The court papers that were filed on Wednesday indicated that Ocasio-Cortez claims that he has not been served in a proper manner with the lawsuit.

The case began last month when Hikind filed suit against Rep Ocasio-Cortez in Brooklyn federal court. He asserted that the Congresswoman, 0who has uttered anti-Israel comments on several occasions) intentionally blocked him from having access to your Twitter feed because he has publicly challenged her anti-Israel propaganda and taken her to task for her hatred.

Hikind predicated his case on constitutional grounds, saying that his First Amendment rights had been flagrantly violated. The former JDL leader and NYS Assemblyman cited a ruling by a New York federal appeals court that found President Trump’s practice of blocking critics was in violation of constitutional precepts.

Attorneys who are representing the polemical congresswoman offered a reply to the complaint lodged by Hikind. The lawyers admitted that Hikind was blocked on Twitter by Ocasio-Cortez, but they issued a denial that it was due to his political, religious or cultural opinions

AOC’s legal representation requested that the lawsuit be dismissed with prejudice; thus preventing the same suit from being brought before a court again.

In a press release issued Thursday, Hikind slammed the request:

“Frankly, I’m shocked that this is the best defense she could come up with despite some pricey law firm in her employ. Ms. Ocasio-Cortez is seeking a dismissal as it appears she’s under the impression that what’s law for the President of the United States is not law enough for her. At present, my lawyers, Jacob and Israel Weinstein of Weinstein & Weinstein LLP, are proceeding with a motion for a judgement on the pleadings as there is no issue of fact here and the law is perfectly clear: Ms. Ocasio-Cortez has and continues to willfully violate my First Amendment Rights.

“After acknowledging that she blocked me to disable my commenting without citing an offensive comment, it’s clear to me that Ms. Ocasio-Cortez is a coward,” he said. “With millions of followers, why is she still so afraid of what I have to say?”