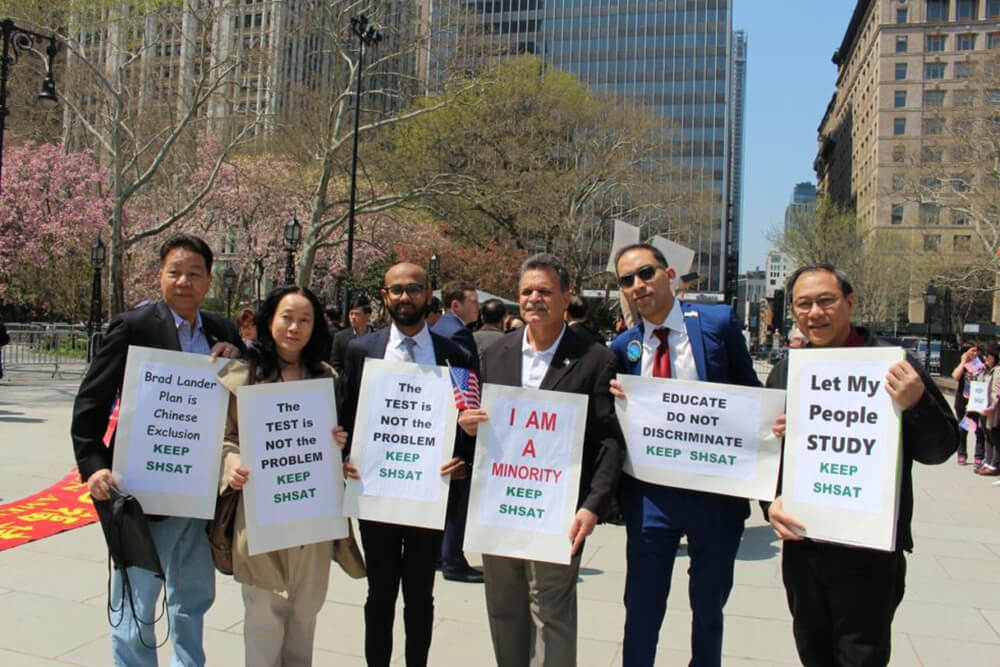 The Specialized High School Admission Test (SHSAT) will be offered to eighth-grade students at 55 locations across New York on Wednesday, Oct. 30, according to the New York Post. It had previously only been offered on weekends. Photo Credit: newyorkschooltalk.org

Mayor Bill de Blasio fought against it, and as he has done so very many times on a variety of initiatives, he failed.

And a lot of New Yorkers are breathing a sigh of relief.

Controversy surrounded by admissions test for the city’s eight elite public high schools. Now it has been announced that the test is going to be offered at more than 50 middle schools this fall.

The Specialized High School Admission Test (SHSAT) will be offered to eighth-grade students at 55 locations across New York on Wednesday, Oct. 30, according to the New York Post. It had previously only been offered on weekends.

“In 2016, the Department of Education started the “SHSAT School Day” pilot program to give the test during school hours at seven sites. The sites grew to 15 in 2017 and 50 last year,” the paper reported.

“Having the test in more locations and available to more students is good for everybody,” Wai Wah Chin, president of the Chinese American Citizens Council of Greater New York, which has fought against elimination of the exam, told the Post. “The question is,” she asked, “How do you roll it out properly?”

According to Chin, careful preparations need to be made for the exam to be given on a weekday. “They have to make sure that the tests don’t disrupt students if they are held during the school day,” she told the Post. “When it comes to logistics, the DOE doesn’t always get it right.” The test will also reportedly be administered on Oct. 26 and Oct. 27, a Saturday and Sunday, respectively, at several sites to be announced.

“This is amazing news,” added Frances Kweller, a lawyer and educator who runs Kweller Prep, a tutoring company that prepares students for academic entrance exams, including the SHSAT, in the Post article. “Students previously had to travel to central testing sites and wait on long lines just to enter the school they were assigned to. “Now, 55 public schools will allow students to test in a familiar setting and on a weekday. Many students can benefit from this change.”

de Blasio his Chancellor of Schools, Richard Carranza, had tried for months to stop the single-test entrance system to the elite schools, desiring to put in place instead a plan to admit leading students from every middle school – a step that would lower the number of Caucasian and Asian children.

CACAGNY strongly objected to de Blasio’s scheme, noting on its web site that the proposal “to expand vastly the Discovery Program and set aside 20% of the seats for selected students who fail to meet the admission scores is unfair and unjust to the thousands of students who score higher than these favored students and would have otherwise been admitted.

“His further proposal to undo the fair and objective Hecht-Calandra Act with secretive, inconsistent admission criteria reverse-engineered to achieve racial targets masks his devastating failure to provide even basic K-8 education to vast numbers of communities in NYC, let alone the highly competitive academics needed for the Specialized High Schools,” the group continued. “In one of his middle schools, only two 8th graders demonstrated math proficiency in five years.”