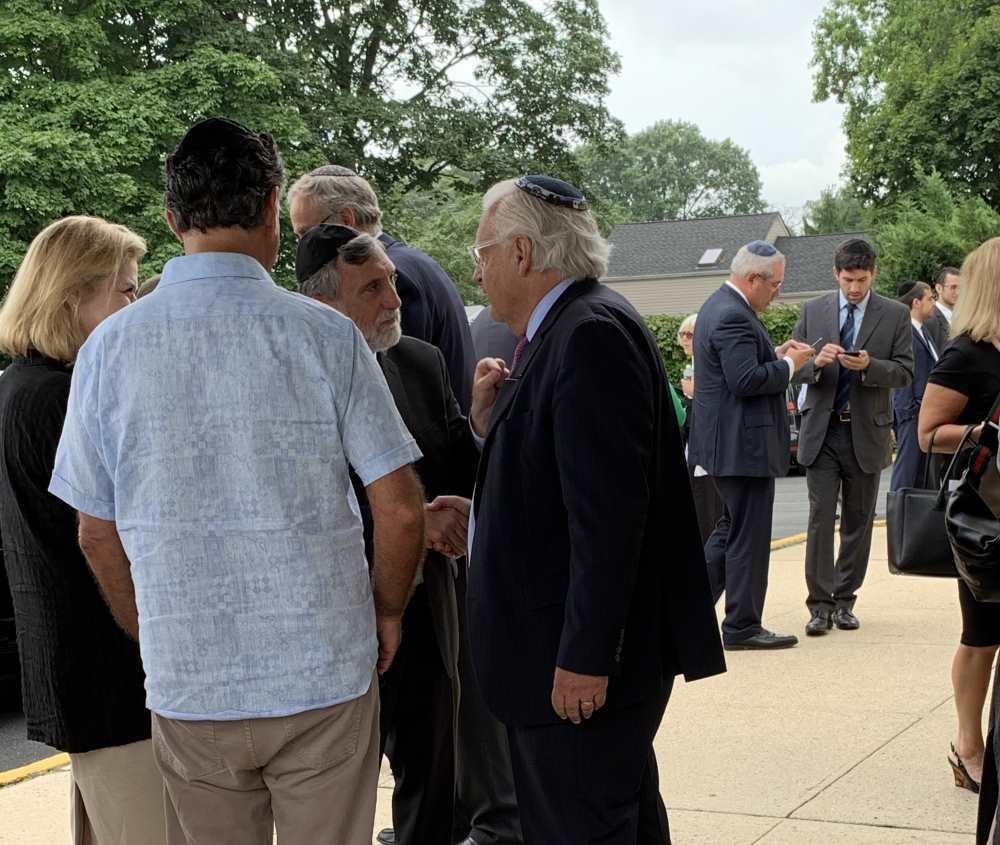 On Sunday, August 4th, it was reported that the mother of US Ambassador to Israel, David Friedman had passed away at the age of 91. Mrs. Adelaide Friedman was a resident of Lawrence, Long Island and was the wife of the Rabbi Morris Friedman, zt’l.

Rabbi Morris Friedman was the spiritual leader of Temple Hillel in North Woodmere, and served as the head of the New York Board of Rabbis. Mrs. Friedman, a’h, was a seventh grade English teacher at the Hebrew Institute of Long Island.

In addition to Ambassador Friedman, “Addi” Friedman had three other children. Speaking at her funeral that was held on Tuesday at Riverside Boulevard Chapels in Hewlett were David as well as his sister daughter Naomi Wolinsky, his brother Mark, several of his mother’s grandchildren as well as Rabbi Zalman Wolowik of the Chabad of Five Towns, according to an article in The Jewish Star.

“There’s no value I can place upon the self-confidence, the security, the sense of being loved, that our mother gave to us, ” said David Friedman, according to a report in The Jewish Star.
“My father was well known for many years as a public figure; she was not,” David said. “She kept her privacy, she took care of her family. She chose to do that.
“She was brilliant in her own right. She was thoughtful, she was eloquent, she was elegant, She had every opportunity to go and attain personal aggrandizement, personal gain. She didn’t think it was the right thing to do. With our father out and about all day long, she elevated us over everything else.”

Mrs. Friedman also impacted her students in so very many ways. She passed on her love for reading and the written word to them and to her children and grandchildren.
David said that some of Addi’s students at the Hebrew Institute of Long Island approached him at the levayah to convey their appreciation.
Mark remembered his mother’s “compassionate, pure and loving neshama.”

Several grandchildren recounted examples of Addi’s love and how their characters were shaped by their grandmother.
Naomi said her mother was “the kindest person I ever knew, who exemplified the mitzvah of shemirat halashon.”