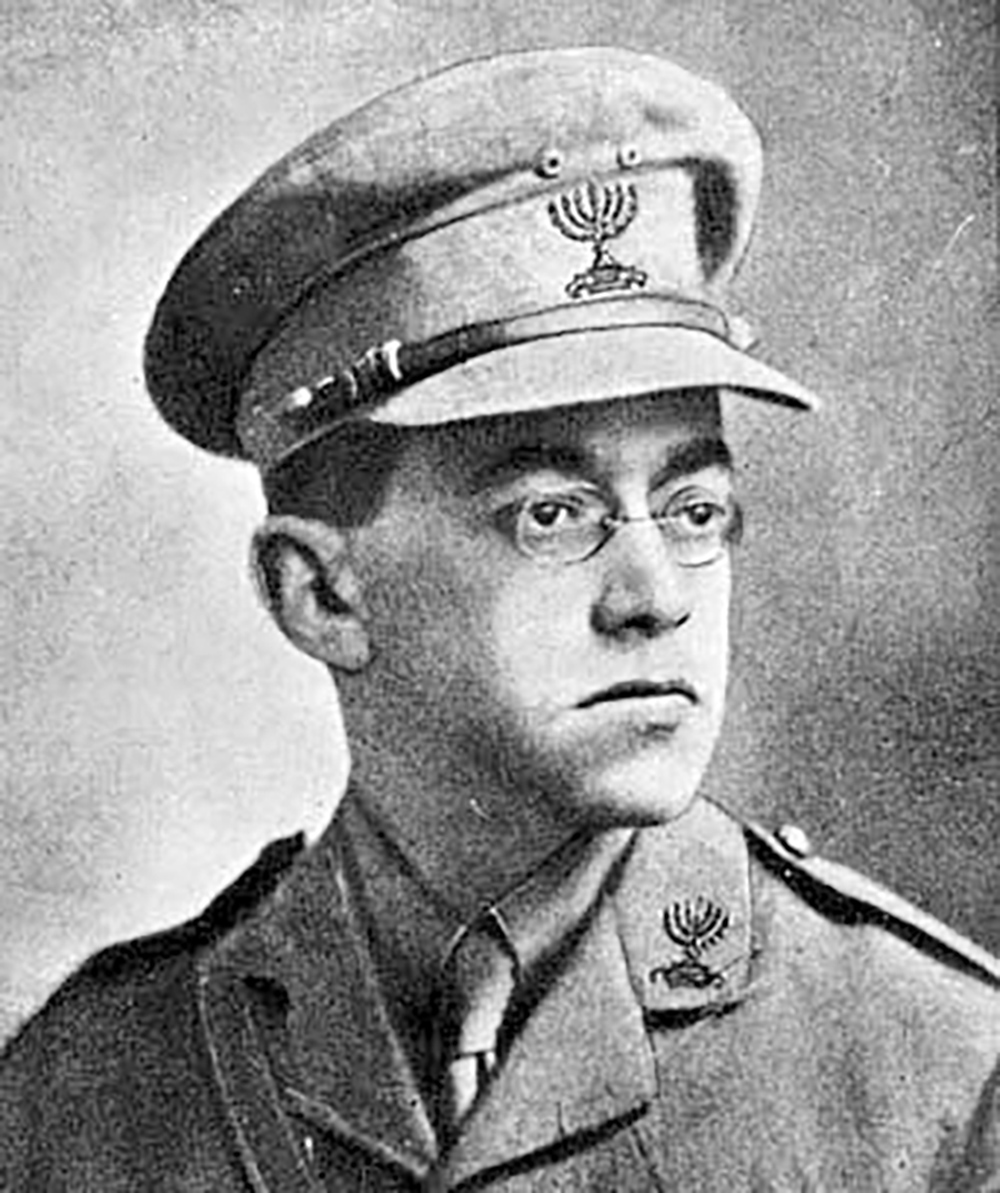 The legendary Zionist leader Ze’ev Jabotinsky, in a famous 1920 essay, argued strongly against such a mindset. “Our habit of constantly and zealously answering to any rabble has already done us a lot of harm and will do much more,” Jabotinsky wrote. “We do not have to apologize for anything…We do not have to account to anybody, we are not to sit for anybody's examination and nobody is old enough to call on us to answer." Photo Credit: knesset.gov.il

A Jewish former Pentagon official is promoting the most novel argument yet for why American Jews should oppose U.S. military action against Iran: because it might turn Donald Trump into an anti-Semite.

This surprising claim was outlined last week by an ex-undersecretary of defense, Dov Zakheim, in an op-ed article for the Washington, D.C. based Jewish newspaper Kol HaBirah.

Although Zakheim’s theory may strike some as bizarre, it deserves attention, both because the Iran debate is so vital and because Zakheim’s argument reflects a broader, and very troubling trend, in the Jewish community.

Zakheim was responding to the recent U.S. threats of force over Iranian attacks on oil tankers in the Persian Gulf. He does not regard the Iranian aggression as grounds for a significant U.S. strike. “Even if it is Iran that initiates hostilities,” an American attack on Iran in response would be a terrible idea, Zakheim contends.

Some of his arguments are standard fare: an American attack “would enflame Iranian patriotism”; it would “likely require” a large American ground force; and the U.S. “would find itself alone.”

But then comes the new and unusual argument. “The war-weary American people may well blame Jerusalem for dragging the United States into another costly and prolonged Middle East conflict,” Zakheim writes.

Then the Zakheim Theory goes even further. “If a war with Iran unfolds in anything other than an American success,” Zakheim speculates, “Trump is unlikely to accept blame for his misadventure. He never accepts blame.” Instead, according to Zakheim, “he most likely would turn on Israel, and perhaps even American Jews, for instigating yet another American fiasco in the Middle East.”

Then, just to underscore what he means by “turn on American Jews,” Zakheim reminds his readers about what he calls “the shocking rise in anti-Semitism in this country.” In other words—according to Zakheim—Trump would be transformed, overnight, from arguably the most pro-Israel U.S. president in history to a raging anti-Semite, maybe even a pogromist or inciter of pogroms.

It’s interesting to contrast Zakheim’s fear of pogroms in America with something he said less than four years ago. In an interview with The Forward in August 2015, he said the aftermath of the Pollard affair proved how safe America is for the Jews. “If it was in Europe, they’d kick out all the Jews,” he said. “The point is that this country did not take it out on the Jews, and that shows what America is about.”

The most troubling aspect of Zakheim’s new Iran argument is his supposition that American Jews should take policy positions based on a fear that those positions might cause America’s president, or the American public, become antisemitic.

The legendary Zionist leader Ze’ev Jabotinsky, in a famous 1920 essay, argued strongly against such a mindset. “Our habit of constantly and zealously answering to any rabble has already done us a lot of harm and will do much more,” Jabotinsky wrote. “We do not have to apologize for anything…We do not have to account to anybody, we are not to sit for anybody’s examination and nobody is old enough to call on us to answer.”

Jabotinsky was right. Dov Zakheim’s theory is the product of an old-fashioned mindset that is out of touch with the modern world. The centuries of Jewish powerlessness, trembling, and constant fear of “What will the anti-Semites say?” ended a long time ago—71 years ago, to be exact. Today, Jews around the world can stand straight and proud, and decide their positions on the issues of the day on the basis of facts and logic, rather than defensiveness and fear.

Moshe Phillips is national director of Herut North America’s U.S. division; Herut is an international movement for Zionist pride and education and is dedicated to the ideals of pre-World War Two Zionist leader Ze’ev Jabotinsky. Herut’s website is https://herutna.org/