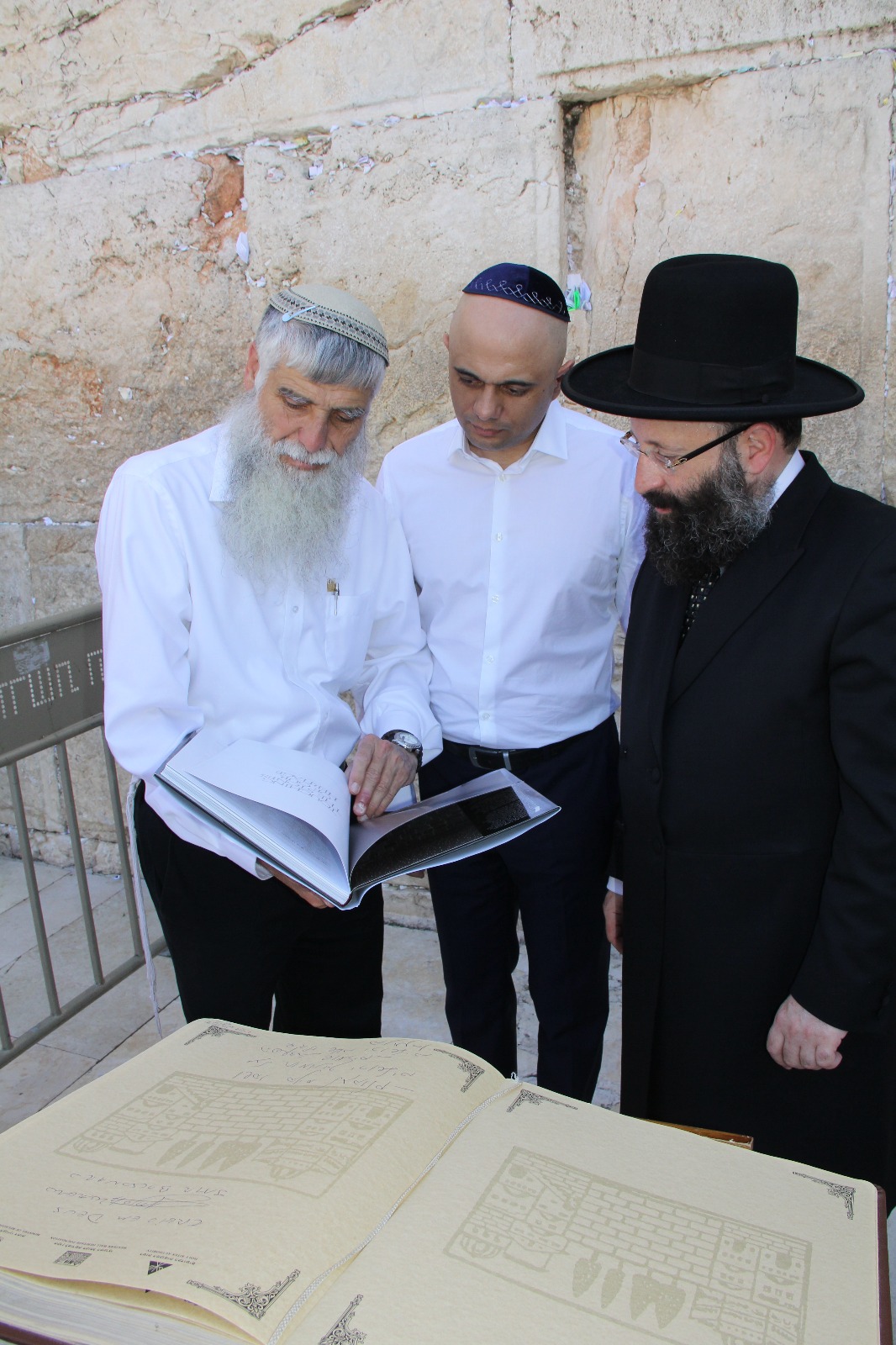 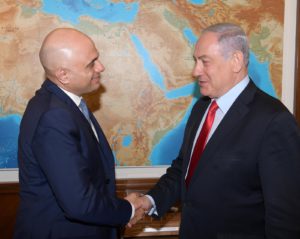 This visit by Britain’s Home Secretary Sajid Javid, follows 19 years in which no senior minister of the British government has visited Jerusalem.

The Home Secretary was greeted by the Director of the Western Wall Heritage Foundation, Mr. Mordechai (Suli) Eliav, who told Mr. Javid about the history of the site and its importance as a focus of Jewish yearning throughout the generations.

The Home Secretary added that one could sense the spiritual power of the site and that he is amazed that the Western Wall is open 24/7 throughout the entire year.  He also voiced interest in the pictures of mass events and in the millions of visitors who come to the Western Wall on Jewish holidays.

The Rabbi said to the Home Secretary, “Your visit here is evidence that it is possible for Jews and Muslims to live together in this small place without harming one another.”

The Home Secretary concluded with parting words and said, “We love Jewish heritage very much and appreciate it.”