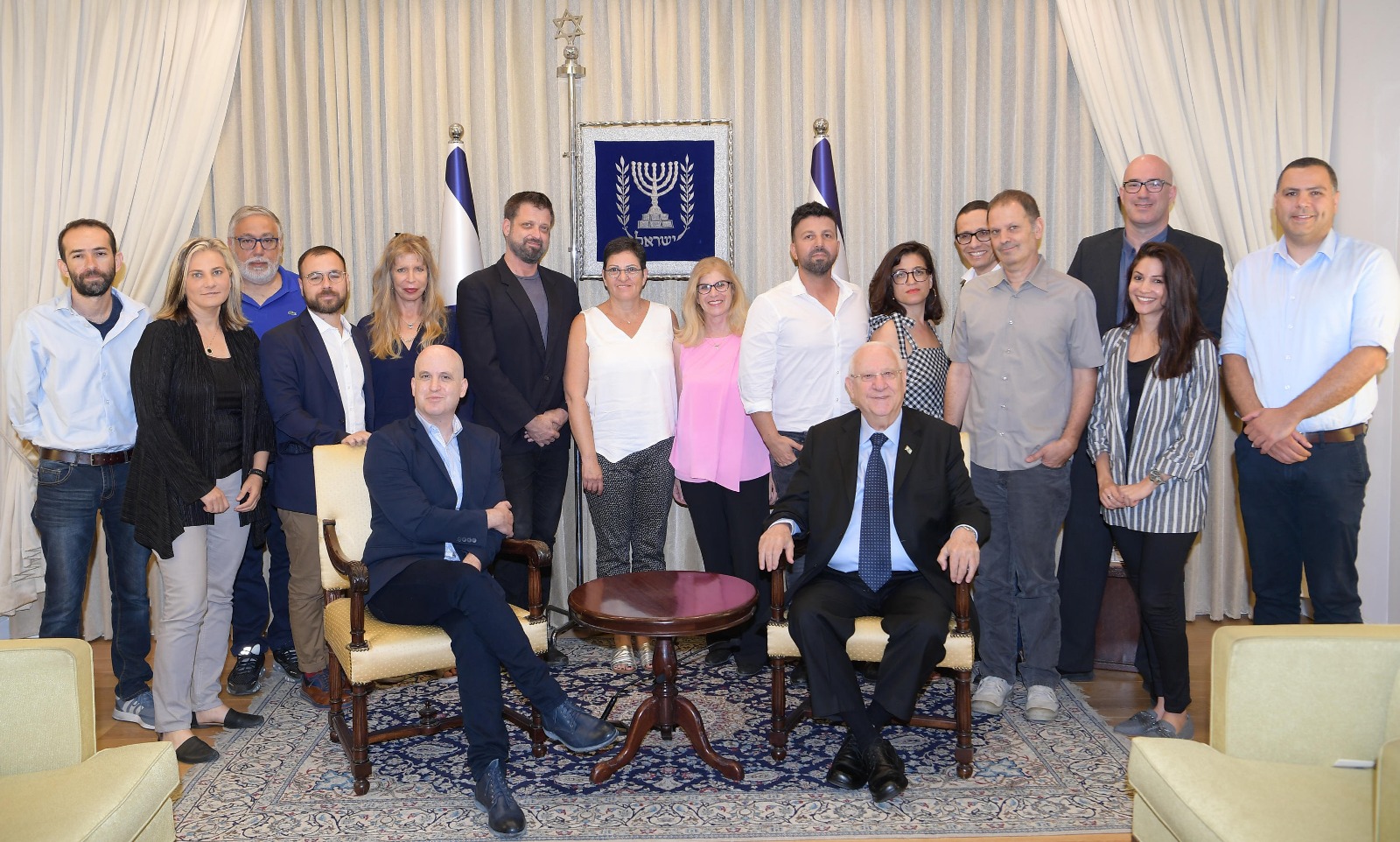 President Reuven (Ruvi) Rivlin hosted the Israeli Public Broadcasting Corporation and Eurovision Song Contest 2019 team at Beit HaNasi in honor of the impressive and successful show held in Israel, on July 21, 2019. IPBC’s CEO Eldad Koblenz, chair of the board of directors Gil Omer, Eurovision producer Zivit Davidovich, management and employees of the Kan 11 TV channel and the Eurovision production team participated in the meeting.

The president thanked the staff of IPBC, who worked so hard on behalf of the public to produce the spectacular Eurovision Song Contest and the festival that accompanied it, which became an unforgettable experience for many Israelis and tourists around the world.

“Thank you very much,” said the president, “and if I can join the judges’ panel, I want to award you ‘douze points!’” The president added, “you produced a huge international event with close to 200 million viewers around the world, which brought great pride to us all. I cannot not believe that I am saying this, but the event you produced was watched by more people than watched the final of the World Cup, the most viewed sporting event in the world. It’s almost beyond belief.”

He also stressed that there is no democracy without public broadcasting: “Public broadcasting must not be removed from the public agenda and forgotten by it. This is broadcasting by citizens and for citizens. Your impressive achievements, each person doing his own job, shows tremendous capabilities in the field of television. It is a huge achievement for your profession, and which the State of Israel is blessed to have at its disposal.”

Eldad Koblenz, CEO of the Israeli Public Broadcasting Corporation, said: “Together, the management, the public council and the private market succeeded in creating an event that broke the mold at all levels – production, technological and program. Each frame was carefully thought through and worked on for hours. Over 5,000 Israelis worked in this production and we insisted that all the key employees be Israelis. We are here to celebrate the achievements of the Eurovision Song Contest, but we also must say something about the Israeli Public Broadcasting Corporation. IPBC was able to prove a few things within two years. First of all, it is possible to make reforms and improve service to the citizen, and we have only just started. Within three years, I promise that we will be the best content provider in Israel, belonging to Israeli citizens and working for them.”

Chairman of the IPBC Board, Gil Omer: “I would like to thank the president for the event itself happening. The Eurovision Song Contest, held in Israel, is a badge of honor for the State of Israel and for IPBC that got such a huge production off the ground just two years after its establishment. This was a display of its abilities, its excellence, its ability to see the different and the other by making the show accessible to different populations. It is, more than anything, evidence of the huge potential of the corporation, which proves itself in unprecedented ratings, which I have no doubt will continue to grow. Public broadcasting is a cornerstone of every democracy and must be guarded jealously, and I am hopeful that this will be the case.”