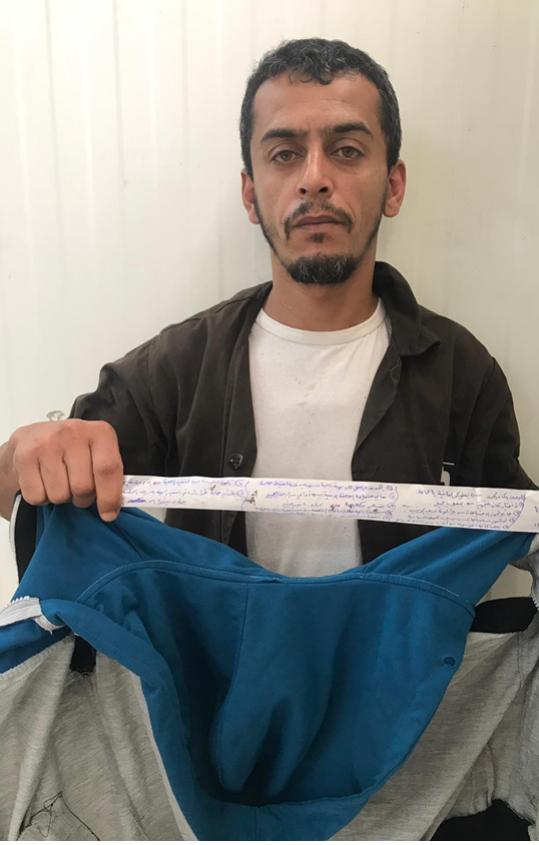 The General Security Service (ISA) arrested a terrorist from the Gaza Strip who had been trained by Hamas for about a year to set up a terror laboratory in the West Bank in order to manufacture explosive devices for terror attacks in Israel.

The explosives expert was able to enter Israel by using a permit for medical treatment.

The operation was exposed and thwarted by IDF, police and Shin Bet security forces following the arrests of Hamas military wing operatives in the Gaza Strip.

Terrorist Fadi Abu Sabah (35) who was arrested, was recruited in July 2018 to the military wing of Hamas for the purpose of setting up a laboratory and manufacturing explosives to be used to carry out mass terror attacks aimed at killing Israelis.

Abu Sabah underwent intensive military training, which trained him to manufacture explosives and on how to respond to questions at the Erez Crossing and stand through ISA interrogation, and was instructed to deny his acquaintance with his recruits and supporters in the Gaza Strip.

During July 2018, Ashraf Sabah contacted Fadi Abu Sabah after hearing that he was in the process of obtaining a humanitarian permit for medical treatment in Judea and Samaria, in order to exploit the entry permit in order to promote terrorist activity.

During the months of July and September 2018, Fadi Abu Sabah met secretly with Izz al-Din al-Qassam operatives who trained him in the arts of sabotage in with the objective of setting up an explosives laboratory to manufacture explosives and transfer this knowledge to other operatives in Judea and Samaria.

The secret meetings were held in the home of Musab Hashlamoun, an Izz al-Din al-Qassam Brigades operative who was deported to Gaza as part of the Shalit deal and in the presence of Ashraf Sabah and his brother Hassan Sabah, Hamas operatives involved in overseeing terrorist activities.

Before leaving for medical treatment, Fadi Abu Sabah received a coat containing a piece of cloth with code words for encrypted communications between the Hamas military wing in the Gaza Strip and the recruits in Judea and Samaria, in order to plan and carry out attacks against Israeli targets.

Fadi Abu Sabah was asked to transfer the coat with the scrap of cloth after his entry into the Erez crossing in September 2018 on his way to order to receive medical treatment in Jordan, but he failed to fulfill this task.

Last May, Fadi Abu Sabah contacted a doctor in Gaza and paid her to falsify medical documents indicating that he could not receive proper treatment for his injury in the Gaza Strip, in order to ensure that he would receive approval for treatment in Israel.

Upon receipt of the permits, Fadi Abu Sabah underwent training for the preparation of explosives in order to ensure that he is skilled enough to train other terrorists in Judea and Samaria.

On May 15, Fadi Abu Sabah arrived at the Erez crossing carrying the bag with the coat he had received, in which the piece of cloth on which the code words were recorded for the encrypted connection was removed.

Fadi Abu Sabah took advantage of the humanitarian permit he received from Israel to enter for medical treatment in Hebron but in practice did not arrive at the hospital but rather joined forces with terror elements in Hebron in order to promote terrorist activities and carry out his attacks and missions.

In a joint ISA-Israel Police operation, Fadi Abu Sabah was arrested on May 18, shortly after he entered the Taibeh area, along with other illegal aliens from the Gaza Strip who were suspected of assisting or being aware of his activities.
At the end of Fadi Abu Sabah interrogation, a serious indictment was filed against him in the military court in Judea. 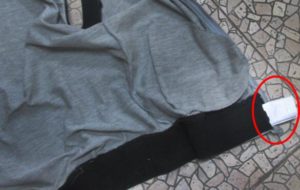 The Shin Bet security service said that “Hamas is constantly recruiting activists from the Judea and Samaria region for military activity, transferring funds for this activity, preparing explosive devices and weapons, and setting up terror infrastructures. In recent months, a number of Hamas cells and operatives have been exposed, whose purpose is to advance this goal. ”

A senior Shin Bet source said that “the thwarting of the terror cells revealed the constant effort invested by Hamas’ military wing in establishing terrorist infrastructures in the Judea and Samaria region to carry out attacks against Israeli citizens.” These cases are only part of the Hamas leadership’s ongoing attempts, To carry out mass terror attacks from Judea and Samaria.

“This is a systematic and wide-ranging operation that the military wing is waging against Judea and Samaria and testifies to the strategy that the Hamas leadership continues to lead in order to destabilize the entire region. In this case too, we again see that Hamas chooses to exploit the humanitarian permits given by the State of Israel and uses this medium to promote the organization’s hostile activity in Israel and Judea and Samaria. ”