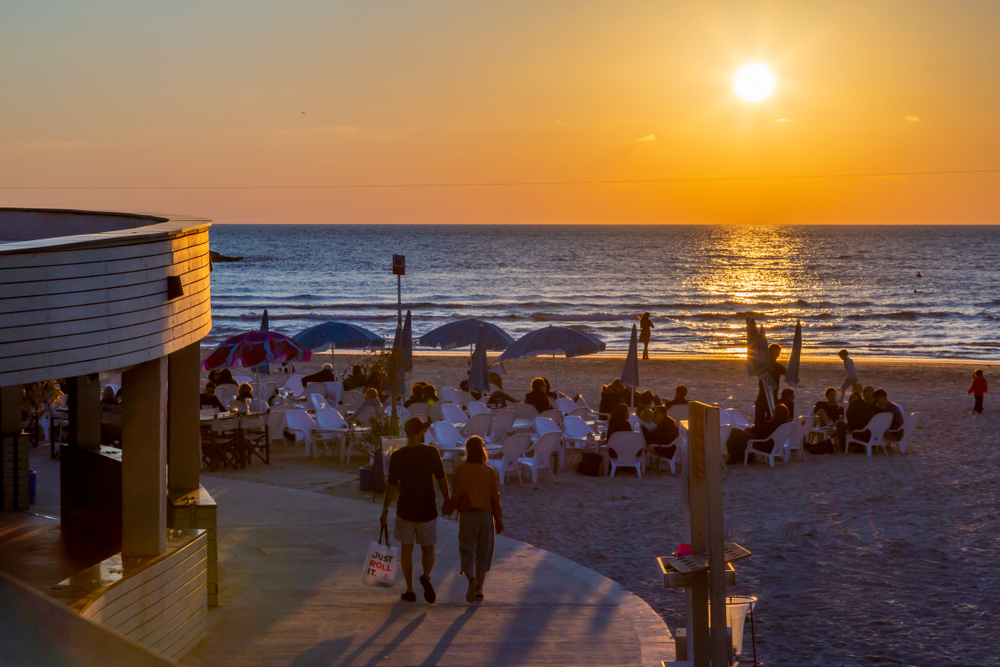 According to Israel’s Walla News a passer-by shouted “desecration of the Shabbat,” and threw chairs in the Netanya promenade

A man who passed a cafe on the Shabbat shouted “desecration of the Sabbath,” threw chairs and flipped over tables. Three workers who tried to break up the fight were lightly injured. “The attackers cursed and beat me and shouted: ‘What are you working on Saturday?'”

After a series of recent fights across the country, another violent incident took place this Saturday, this time on the promenade in Netanya and on the backdrop of “desecration of the Shabbat.” According to suspicions, a man who passed by ‘Cafe London’ in Netanya, shouted “desecration of the Sabbath,” and pushed over tables. Three of the workers, who tried to separate the fight, were lightly injured and evacuated to Laniado Hospital.

The shift manager, who was beaten during the fight, told Walla news: “I was standing at the checkout booth, and I heard shouts of Shabbat Shabbat and dishes breaking, and diners and waiters began to call me” come quickly. “I went outside and then I saw the table on the floor and all the dishes were broken. “The attackers shouted why were they eating on Shabbat, and shouted at the waiters, ‘Why are you working on Shabbat?'”

“I went to the other side of the restaurant, where everyone was already outside and shouting, and then they began to fight and come in my direction, I took the phone to call the police, one of them saw that I was dialing and started yelling and cursing me and hitting me.” He cursed, “You bastard, you shit, I’ll shut you down! I’ll kill you, what are you working on Saturday? On Shabbat? ‘ And punched me in the face and body, and then the other guy started to curse and come up to me and threw a chair at me that hit my hand.”

An eyewitness to the incident, who works in one of the adjacent businesses, noted that “a man arrived and started yelling ‘desecration of the Shabbat’ and started rioting and turning tables in the cafe. They took a few good minutes before they took control of him.” In the video documenting the case, one can see one of the men throwing a chair at the other. All in front of many passers-by.

The police said that an initial investigation revealed that the rioters were drunk and that there were no injuries or arrests.