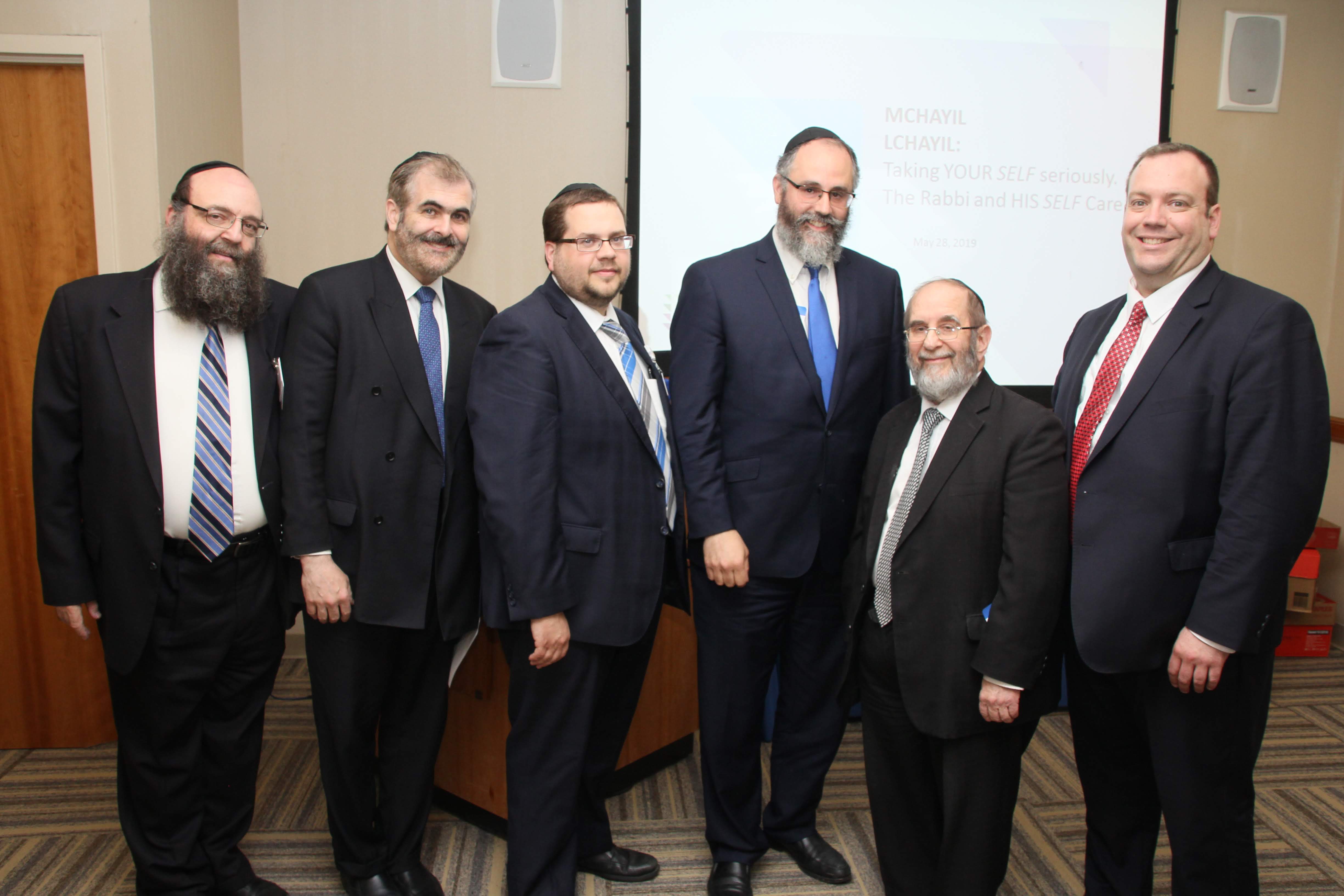 Lenox Hill Hospital, a world premier medical institution opened its doors to a joint program of the Rabbinical Alliance of America/Igud HaRabbonim (RAA/IGUD), an Orthodox rabbinical association with a membership near 1,000 Orthodox rabbis serving throughout the United States, and the National Council of Young Israel (NCYI), an Orthodox synagogue association with over 130 congregations across America. The symposium, entitled “Mchayil Lchayil, Taking YOUR SELF seriously, THE RABBI and HIS SELF care!”, was geared toward congregational rabbis and institutional chaplains. The symposium reflects the desire of both the RAA/IGUD and the NCYI to collaborate long-term on professional development and training that will enhance the Orthodox rabbi and chaplain. This training focuses on the rabbi’s and chaplain’s need to avoid burnout and to make certain that they are physically and spiritually healthy. A burnt-out rabbi or chaplain is unable to properly tend to the religious and spiritual needs of his congregation and patient. Therefore, the first of this series of professional development focused on staying healthy in order to best answer their calling to serve the community.

Rabbi Binyamin Hammer, director of Rabbinic Services at NCYI; Rabbi Marc Volk, executive director of NCYI and Rabbi Mendy Mirocznik, executive vice-president of RAA/IGUD, spoke of the unprecedented stress and pressures felt by the contemporary rabbi. These demands represent the complex reality in which the rabbi finds himself today, which are different from rabbis in previous generations.

During the dinner catered and sponsored by Lenox Hill Hospital, Inspector Mark Molinari, commanding officer of the NYPD’s Hate Crime Task Force, spoke about the rise of anti-Semitic incidents and hate crimes and presented security solutions that synagogues and houses of worship can implement. Inspector Molinari gave great security tips and expressed his gratitude to Rabbi Mendy Mirocznik for inviting him to participate in the symposium. Inspector Molinari concluded that he looks forward to continuing his collaboration with the RAA/IGUD and NCYI, who are great community partners and play a pivotal role in enhancing the quality of life for New Yorkers.

The successful symposium concluded with a grand tour of the hospital, its operating rooms, emergency rooms and its cutting-edge technology led by Rabbi Simcha Silverman and Dr. Brandon J. Godbout, vice-chairman of Emergency Medicine at Lenox Hill Hospital.

At the end of the night, the rabbis and chaplains left recharged and encouraged, all possible thanks to the generosity and kindness of Lenox Hill Hospital.