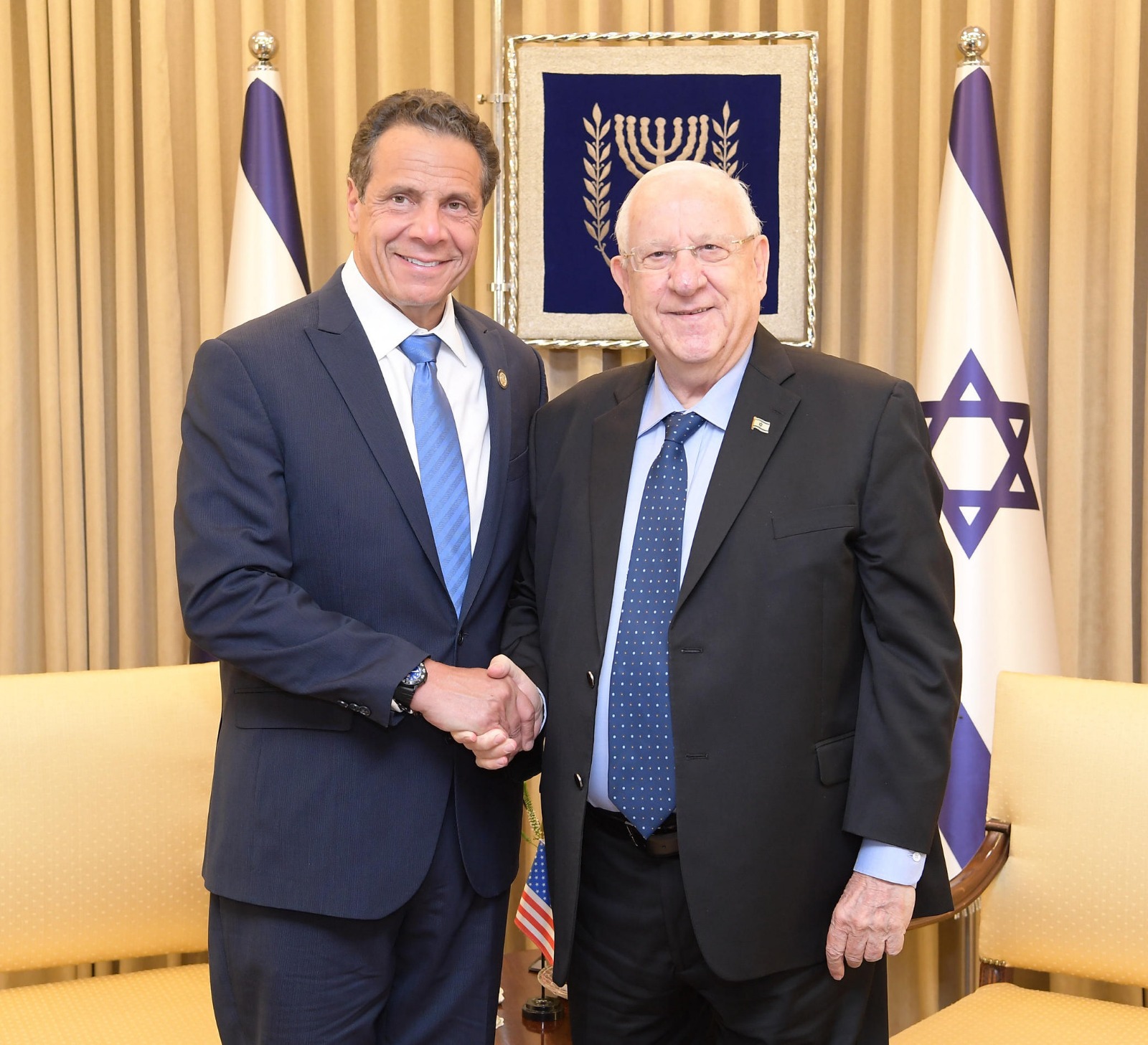 President Reuven (Ruvi) Rivlin met Governor Andrew Cuomo of New York, who is visiting Israel. This is the third time Governor Cuomo has visited Israel in his current role, following visits during Operation Defensive Shield in 2014 and following a wave of anti-Semitic attacks in New York in 2017.

The president thanked the governor for his constant and vocal friendship and support for Israel over many years. “You are a true friend,” the president said. “Welcome back to Israel and to Jerusalem, our capital! It is good to see you, as always,” noting that the two share the same views on the US-Israel relationship and the vital importance of preserving bi-partisan support.

Speaking about anti-Semitism and BDS, the president said, “like you, I am concerned about rising anti-Semitism and appreciate everything you are doing to combat it. We must show absolute opposition to racism and discrimination of any kind. This is also my view on BDS, and we appreciate your Executive Order to withhold funds from BDS supporters.”

The president also spoke about the strong ties between Israel and New York: “Every time you come, there are even more areas of cooperation between Israel and New York. We work closely together on technology, cyber, digital health, law enforcement and academia. We also both have densely populated areas that are targets for terrorism, and can learn much from each other about this.”

Governor Andrew Cuomo offered his condolences to President Rivlin on the death of Nechama ז”ל, and said “Mr President, when we first met in 2014 we talked about anti-Semitism as a concept. The difference in just five years is frightening. Now there is world-wide anger and intolerance, where any difference is demonized. NYPD reported an 83% rise in anti-Semitism over the last year. Our Jewish community is an intrinsic part of New York State and we are doing everything we can to fight back.” The governor also noted that he was accompanied on his visit by his three daughters as a personal statement of the importance he and his family attach to Israel. “We are family,” he told the president.