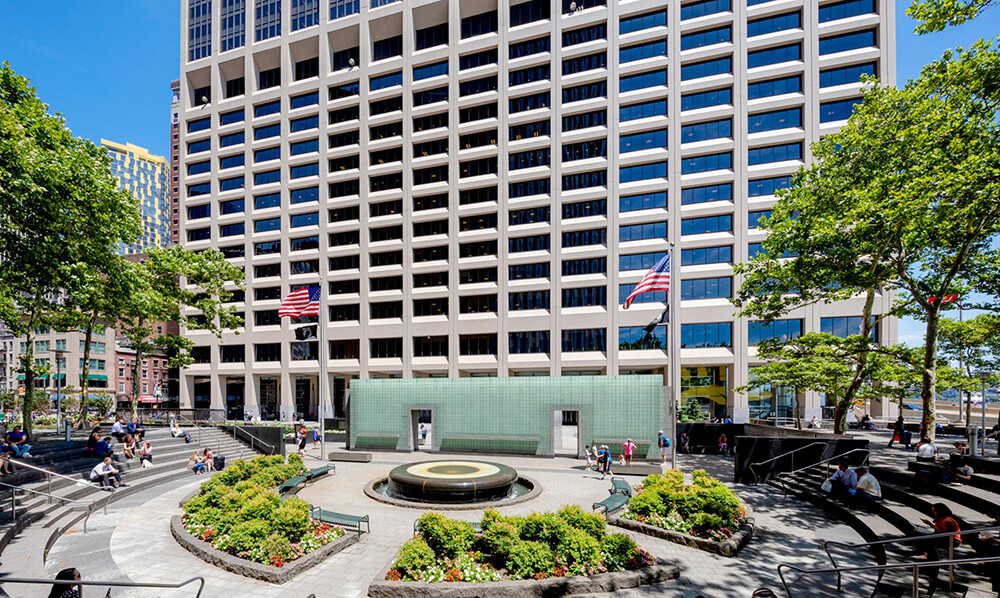 The Big Apple’s largest office building is back on the path to full occupancy. Justworks, the digital-payroll and benefits systems specialist, just signed a lease to fill 270,000 square-feet of space at 55 Water St. Photo Credit: 55Water.com

The Big Apple’s largest office building is back on the path to full occupancy. Justworks, the digital-payroll and benefits systems specialist, just signed a lease to fill 270,000 square-feet of space at 55 Water St. The 53-story behemoth which boasts a total of nearly 4 million square feet, now only has about 400,000 square feet available. The building is the country’s second-largest office tower by floor space, since the Twin Towers were destroyed on 9/11, only behind Chicago’s Willis Tower. “We have more demand than available space,” said Howard Fiddle, leader of a CBRE leasing team. He said that he’s “trading paper” with several large possible tenants.

As reported by the NY Post, Just works’ relocation is one of the year’s largest corporate moves. The company was formerly at the Starrett-Lehigh Building in West Chelsea. Justworks was represented in the deal by Cushman & Wakefield’s Chris Helgesen, Peter Trivelas, Dirk Hrobsky and Gary Ceder.

Located at 55 Water Street in the financial district of Lower Manhattan, the building’s largest tenant is S&P Global, with close to 1 million square feet. Other tenants include fashion icon Hugo Boss, who also moved its corporate offices there from the Starrett-Lehigh Building in 2014. “Our new-economy type tenants like the large floors and proximity to Brooklyn,” Fiddle noted. “A few years ago, a company like Justworks wouldn’t have considered 55 Water St.”

In 1993, the 687-foot-tall skyscraper was purchased by Retirement Systems of Alabama, which oversees three pension funds, from developer Olympia & York. Millions of dollars have been invested in the building to upgrade it and keep it competitive. The property is valued at roughly $1.5 billion and reportedly brings in $155 million annually in rent revenue. Things weren’t always so rosy. In 2012, the building owners had to scramble to save the building from ruin after Superstorm Sandy flooded the lower floors. Over 32 million gallons of seawater were pumped out of the first three floors and lower level, and the towers were successfully reopened after less than a month.

While the building lobby and its street lack charm in comparison to newer buildings in the city, the third-floor has been beautifully landscaped. Known as the Elevated Acre, the space is open to everyone and features a bar and grill overlooking the East River. It has become one of the city’s finest privately owned public parks. Furthermore, the price and size of the building offset the negatives. Asking rents at the building are at about $58 a square-foot, which is a bit of a bargain in the Midtown area. Also, while an office spanning 65,000-square-feet is scarce in some places, “we have 50 of them,” said Fiddle.