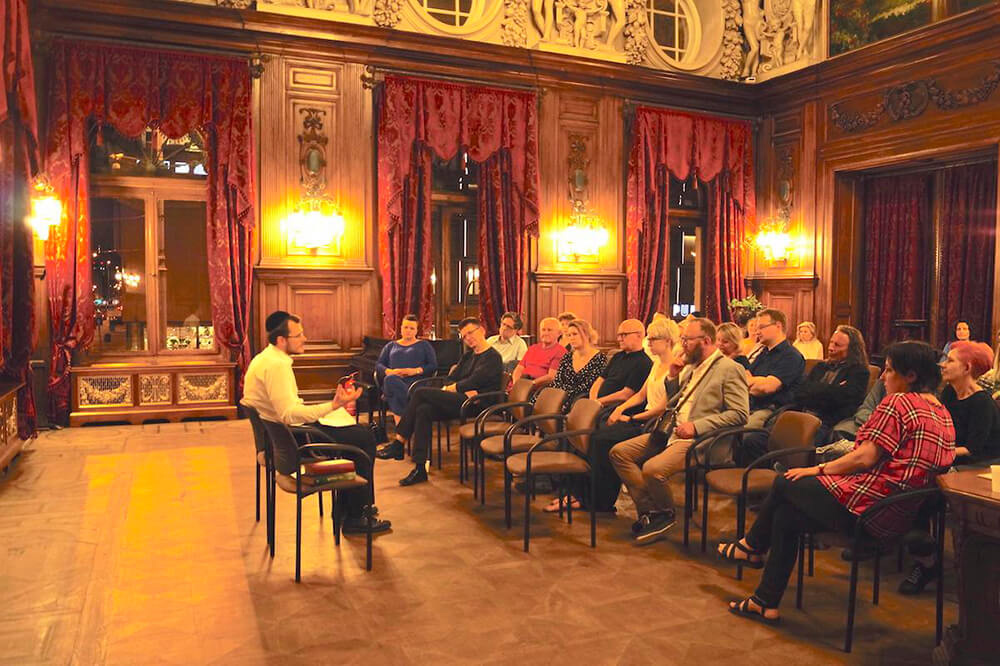 ‘Judaism has witnessed a revival in Poland and we are happy to celebrate it,’ said Shavei Israel Founder and Chairman Michael Freund

The Polish city of Lodz hosted its first-ever Jewish celebratory event, The Festival of Tranquility, over the Jewish holiday of Shavuot. The festival, organized by the Foundation for the Preservation of Jewish Heritage in Poland, in collaboration with Shavei Israel emissary to Lodz Rabbi David Szychowski, was a singular event connecting art and spirituality. The festival featured films, Torah study, workshops in calligraphy and cooking, a concert, and more. 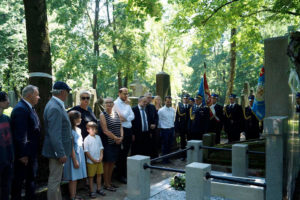 “In order to listen to yourself and reflect on the reality around us, you need time and space,” said Szychowski. “The residents of Lodz joined us to take pause, open up to one another, and learn about the contemporary life of the Polish Jewish community.”

The Festival of Tranquility began Saturday, June 8, with a night of Torah study in honor of Shavuot, when Jews traditionally gather to study. The following day featured a tour of Lodz and its historical landmarks. On Tuesday, the Jewish Community Center commemorated the life of Maurycy Gutentag, the chief of the First Department of the Fire Brigade, and unveiled his tombstone in a ceremony led by Chief Rabbi of Poland Michael Schudrich. 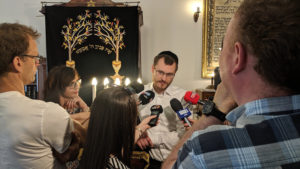 Rabbi David Szychowski gives a press conference during the festival

On September 8, 1939, German forces entered Lodz and immediately began targeting and terrorizing Jews, who constituted 34 percent, or 223,000 people, of the city’s pre-war population of 665,000. In early 1940, the Nazis forced more than 164,000 Jews to live within the confines of the Lodz Ghetto, which was surrounded by barbed-wire and a fence and had no running water or electricity. It was the second-largest ghetto, after that of Warsaw, established by the Germans during the Holocaust. Residents of the ghetto came primarily from Lodz and surrounding areas but also from further afield, including Austria, the Czech Republic, Germany and Luxembourg.

In January 1942, the Germans began deporting Jews from the Lodz Ghetto to Nazi concentration camps. The Nazis and SS stormtroopers liquidated the ghetto between August 9-28, 1944, in the process deporting more than 60,000 residents, mostly Jews, to the Auschwitz-Birkenau death camps. By the war’s end, only about 900 of the Jews of the Lodz Ghetto had survived. 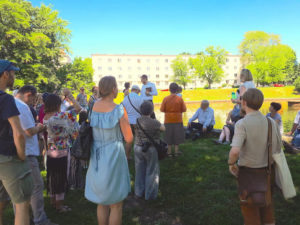 “Despite the fact that thousands of young Poles have parents, grandparents or even great-grandparents who had to hide their Jewish identity for decades, Judaism has witnessed a revival in Poland since the downfall of Communism and we are happy that we can celebrate it,” said Shavei Israel Founder and Chairman Michael Freund.

Prior to the outbreak of World War II, Poland was home to more than 3 million Jews. Today, there are approximately 4,000 Jews officially registered as living in Poland, but according to experts there are tens of thousands of people throughout the country whose forbears chose to hide their Jewish identity due to the persecution they suffered under Nazism and Communism. In recent years, a growing number of such people, popularly known as the “Hidden Jews of Poland,” have begun to explore their connections to Judaism and the Jewish people – and many have returned to Judaism.