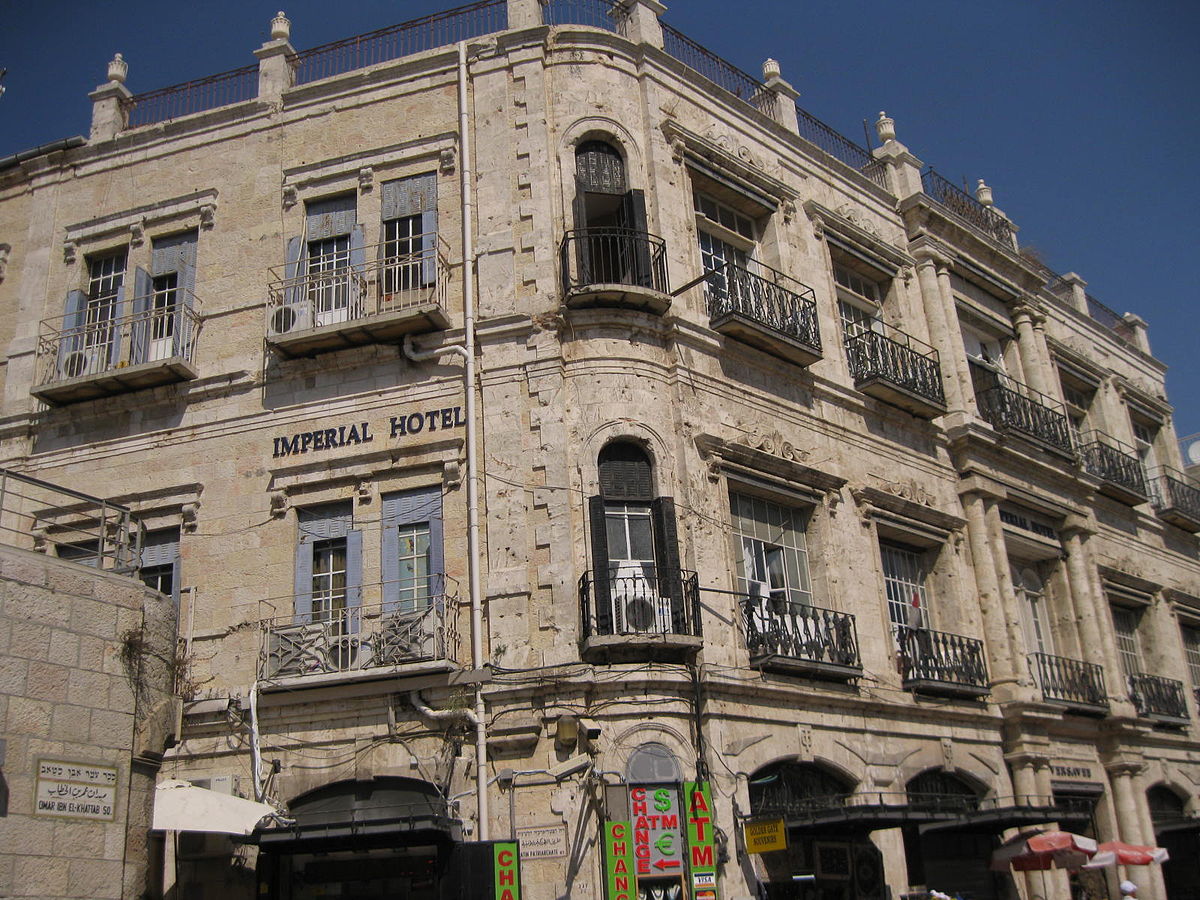 Three properties of the Greek Orthodox Patriarchate in the Old City of Jerusalem were duly sold to foreign companies that operated for Ateret Cohanim. Supreme Court Justice Yitzhak Amit ruled on Monday (June 10, 1919). He rejected appeals against the ruling handed down two years ago in the Jerusalem District Court (Judge Gila Kanfi-Steinitz), who accepted the foreign companies’ request to declare that they owned the properties and rejected the Patriarch’s claims against their sale.

The properties are: The four-story Petra Hotel (formerly the Amdurski Hotel) near the Jaffa Gate, which was leased for 99 years at $500,000; The nearby Imperial Hotel, with two floors and shops, was leased for $1.25 million; And Beit Muzameya in the Bab Huta neighborhood, for which $55,000 was paid. The sales were carried out in 2004 and their exposure at the beginning of 2005 created a storm on the Palestinian street and led to the dismissal of Patriarch Irianus Scopoulitis.

The patriarchy focused on the allegation that these were corrupt transactions, which stemmed from a bribe paid by the sellers to Nicholas Papadimas, who was in charge of its financial affairs. According to Ateret Cohanim, Matti Dan, he promised Papadimas a million dollars for the promotion, and said that the sales were intended to help the then-deposed patriarch, Ariane, accept the government’s approval for his appointment to the patriarch. Is particularly low and indicates their lack of kosherness.

Kanfi-Steinitz rejected all these claims. She said that since these were allegations of criminal acts, the Patriarchate had a particularly heavy burden to prove them, and she did not stand up to them. It is true that Papadimas was caught in various acts of corruption in Israel and abroad, but some of the Patriarch’s claims to him were only rumored and not proven.

The claim regarding the connection between the sales and the recognition of Iran was also rejected. Kanfi-Steinitz noted that this recognition was given at the beginning of 2004 – a year before the transactions – and that no involvement of Ateret Cohanim’s staff in the government’s decision was proven. One wonders what the reasons for the sale of the assets were, especially when he knew that this would alienate his rivals, but he was not surprised.

The question of the consideration for the assets was discussed in a contradictory opinion of the two sides. The Patriarchate claimed that their real value at that time was NIS 17 million, while the purchasers claimed that it was less than NIS 3 million. Kanfei-Steinitz said that the Patriarchate’s opinion revealed difficulties and failures, and this is sufficient not to prove its claim regarding the amount of the consideration.

Both sides appealed to the Supreme Court: the Patriarchate for approval of the transactions, and the foreign companies for not having received their request to instruct the Patriarchate to provide them with documents and accounts regarding payment of the proceeds of the assets. Amit briefly rejects the appeal of the companies, reminding him that the person who won the trial court can not appeal, and notes that in any case, the Supreme Court is not the proper court for filing an account.

With regard to the appeal of the patriarchate, Amit states that despite her attempt to cover him with a legal-principled cover, he is referring to the facts of the district, in which the Supreme Court will not intervene. The Supreme Court fully adopts the decision of Kanfei Steinitz, and Amit notes that he is adding a few comments just so that the parties will not claim that things have disappeared from the eyes of the Supreme Court. Among other things, Amit says that the Patriarchate sold the assets (despite their sensitivity) because of its difficult financial situation and because of an internal struggle between the Greek and Arab streams.

Amit notes that his opinion is not comfortable with the fact that Dan was not brought to testify by the companies, even to contradict the claim that he gave a bribe to the patriarch at the time. But the same puzzlement can also be directed at the patriarchy – both with Dan and with the Europeans. “I am prepared to assume that not all the hidden things have been revealed before our eyes and against the eyes of the lower court, and that there are still shadows and black holes in the processes that they have brought,” he says.
For signing the agreements. But with astonishment and with the raising of an unbearable eyebrow in order to lift the burden of proof that is high on the patriarchate. ”

Amit adds: “Of all the claims raised by the Patriarchate against the transactions, the claim of financial bribery to Papadimas was not raised in real time, but in the later stages of the trial, in the form of an occupied claim, while neglecting most of the other claims raised in the defense statement. The contacts with Papadimas during 2010, it is difficult to match the delay of about four years in raising the claim, which was first raised in the affidavits of the Patriarchate.

Amit also notes that the Patriarchate filed a complaint with the police against Papadimas for withdrawing checks without authorization for tens of thousands of shekels – but not for the sale of the assets. It also knew how to act decisively to cancel the sale of its properties in the Rehavia neighborhood, and even led to the conviction of those involved – and the current affair is even more puzzling. He also rejects the claim regarding the connection between the sale and the appointment of Irianus to the Patriarch, whom he calls “the depth of the sale as the depth of recognition,” saying that it is not factual proof.

Inside Israel’s War on the Coronavirus