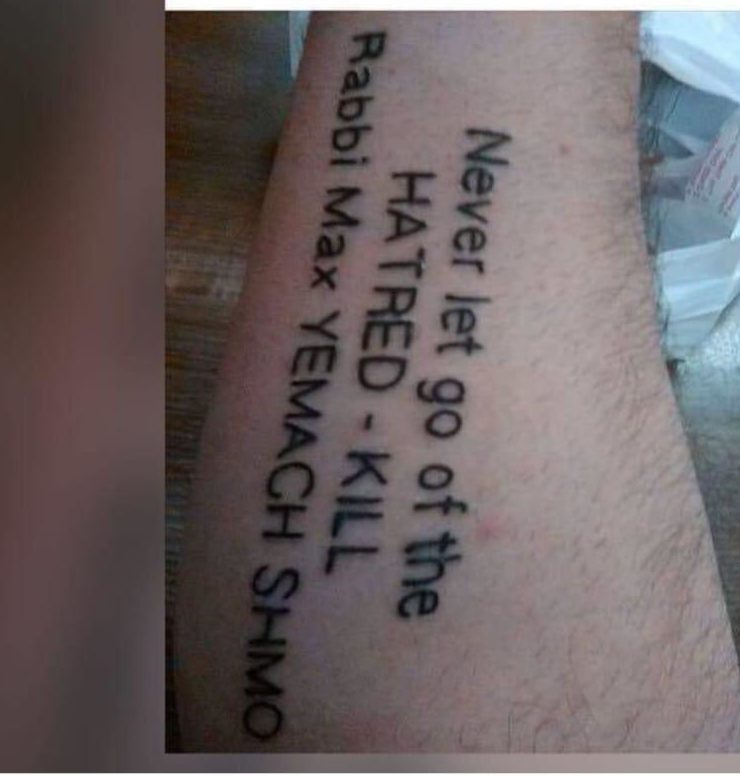 The 41 year old man accused of setting fire to a Brooklyn rabbi’s midwood home, had a deep hatred of his target and tattooed Kill Rabbi Max YEMACH SHMO” On His Arm, as this story continues to get more bizarre.

The NY Post reported: Cops arrested Matthew Karelefsky, 41, of McKeesport, Pa. on Sunday and charged him with arson and two counts of attempted murder, for setting ablaze the midwood home of Rabbi Jonathan Max early Thursday. The inferno leapt to two neighboring buildings and left 13 injured.

The post looked into the suspect’s Facebook and discovered the picture of the tattoo on his arm with the ominous message.  YEMACH SHMO”  is a Hebrew phrase calling for the obliteration of the rabbi’s name.  A 3000 word ranting about Kareleksky’s  sex life and desire to throw his own son in front of a bus were discovered by the NY Post on the suspect’s Facebook account. As JV reported yesterday   Karelefsky, has accused the rabbi of sexual molestation. In his personal rantings he never mentions being molested, but elsewhere in a Facebook group he mentions it.

In another post found in another Jewish Facebook Group the suspect explained that he converted to Christianity because of  Rabbi Jonathan Max molesting him.  Max clearly denies all allegations. According to the NY Post the suspect admits that he is addicted to “drama” and conflict”. The suspect has been described as mentally unstable in various media accounts and by neighbors. He liked attention and liked to threaten to kill himself online to gain it, the Post pointed out. 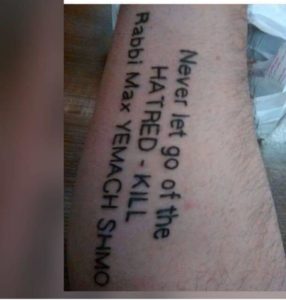