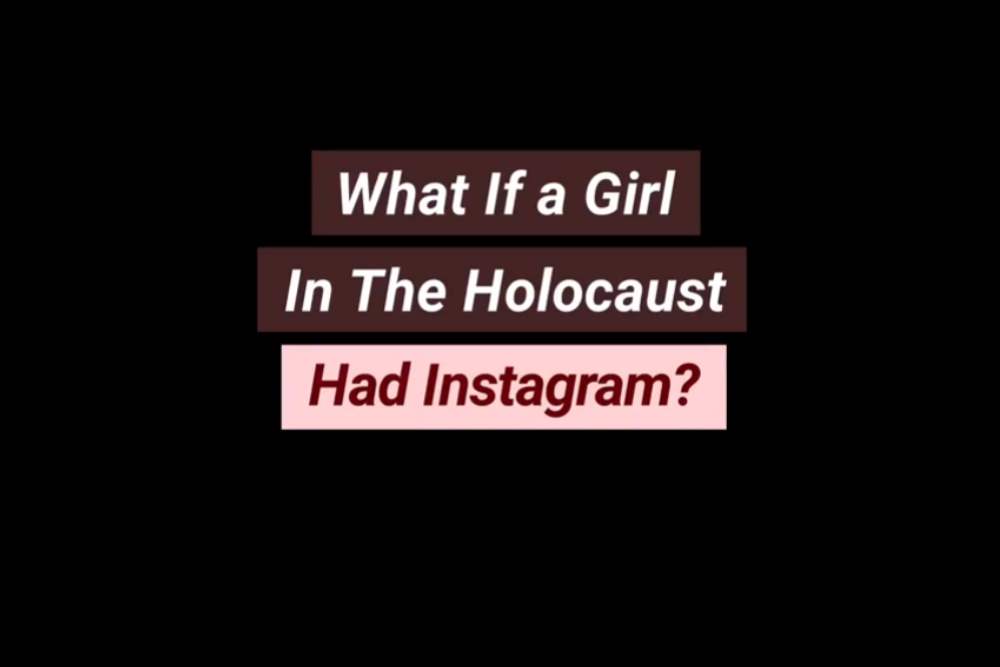 Social media platforms have indeed revolutionized the communication age in ways that were never thought possible. Now it appears that Instagram users can learn about the horrors and atrocities of the Holocaust through a new account that was open for this specific reason.

The NY Daily News reported that the Instagram account known as “Eva Stories” is predicated on the true diary entries of Eva Heyman, who in 1944 was killed by the Nazi murder machine in Europe. She was a young Jewish girl from Hungary when her life was snuffed out by the Nazi beasts.

The Daily News reported that the account officially launched on Wednesday, May 1st, to coincide with the official commemoration of Holocaust Remembrance Day in Israel.

The series will follow Eva over the course of 70 episodes, according to The New York Times. The production will depict Eva as she’s taken from her comfortable life in former-Hungary, transferred to a ghetto and relegated to the Auschwitz death camp, where she ultimately died, according to the Daily News.

The account posted a teaser for the project earlier this week: “What If a Girl in the Holocaust Had Instagram?”

The trailer, subtitled in Hebrew, begins with simple but cheery touchstones of adolescence, from selfies with Eva’s crush to having a laugh with adoring grandparents.

The Jerusalem Post reported that the team behind the project – which is spearheaded by billionaire Mati Kochavi and his daughter, Maya – said Thursday morning that it had already received more than 100 million views in its first 14 hours.

As of Thursday afternoon, the account had close to 800,000 followers.

Instagram stories are short photos or video clips that are posted online and disappear 24 hours later. But the project has used Instagram’s “highlight” feature to save the videos, pinning them to the Instagram account’s page for more permanent viewing.

“The memory of the Holocaust outside of Israel is disappearing,” Kochavi explained, noting it cost “less than $5 million” to bring to life. In his first public statement about the project, he noted, “In the digital age, when the attention span is low but the thrill span is high, and given the dwindling number of Holocaust survivors, it is imperative to find new models of testimony and memory.”

On Monday, the JPost reported that Israeli Prime Minister Benjamin Netanyahu urged his social media fans to follow the account. On Wednesday, the official Instagram of the White House – with 4.7 million followers – promoted the project.

Many have praised the project for its innovative storytelling aimed at the next generation. But others have criticized it for cheapening the memory of the Holocaust and turning a tale of genocide into a series of hashtags.