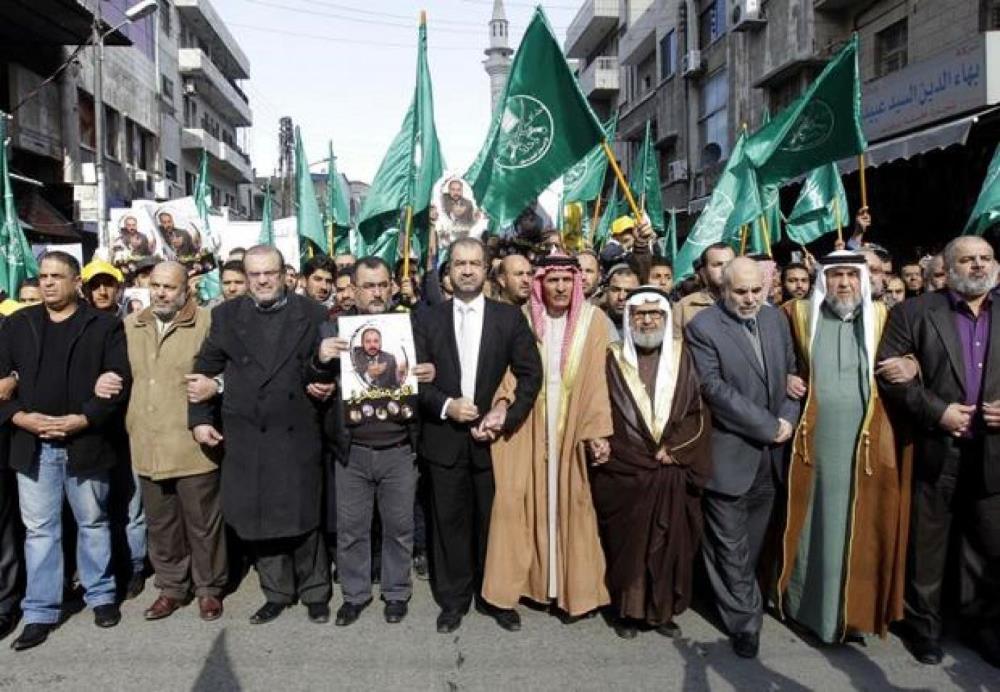 “The president has consulted with his national security team and leaders in the region who share his concern, and this designation is working its way through the internal process,” White House Press Secretary Sarah Sanders wrote in an email to reporters.

Naming Egypt’s oldest Islamist movement a foreign terrorist organization would allow Washington to impose sanctions on any individual or group with links to the Muslim Brotherhood.

The Muslim Brotherhood responded by saying it is stronger than any politician’s decision.

“We will remain… steadfast in our work in accordance with our moderate and peaceful thinking in what we believe to be right, for honest and constructive cooperation, to serve the communities in which we live and humanity as a whole,” a Brotherhood statement reads.

The Muslim Brotherhood was founded in Egypt more than 90 years ago. It came to power when its candidate, Mohammed Morsi, won the 2012 presidential election. Morsi had led the overthrow of Hosni Mubarak a year earlier.

Current Egyptian President Abdel Fatah el-Sissi toppled Morsi in 2013, outlawed the Muslim Brotherhood, and threw Morsi and many of its leaders in jail.

El-Sissi has shown little tolerance for the opposition and any dissent.

El Sissi had urged Trump to take the step of designating the Muslim Brotherhood as a foreign terrorist organization during an April 9th visit to the White House, the New York Times reported on Tuesday, citing officials familiar with the matter.

After the meeting, Trump praised El Sissi as a “great president,” as a bipartisan group of politicians raised concerns about El Sissi’s record on human rights.

Many lawmakers and human rights groups have blasted al-Sissi for what they say have been numerous abuses and the recent successful referendum extending presidential terms which could allow him to rule until 2030.

Organized opposition to the referendum in Egypt was almost nonexistent.

According to an AP report, some people think the Muslim Brotherhood does not meet the legal criteria required for the designation. Others think the organization is too diverse and spread out across nations, making it difficult to enforce a one-size-fits-all description. There also questions about whether a designation would complicate U.S. diplomacy.

To meet the legal criteria for the designation, a group must engage in terrorist activity that threatens the security of Americans or the defense, foreign relations or economic interests of the United States.

According to the AP report, Jonathan Schanzer, with the Foundation for Defense of Democracies, a Washington think tank, said some violent branches of the group could be designated, but other members support its extremist political views but not violence.

That “blurry” picture of the group was what discouraged earlier U.S. administrations from designating it, he said. The Muslim Brotherhood in Libya, Syria and Yemen have apparent ties to militants, while the group in Jordan bills itself as a political group, said Schanzer, who advises against a “blanket terrorist designation” of the group.