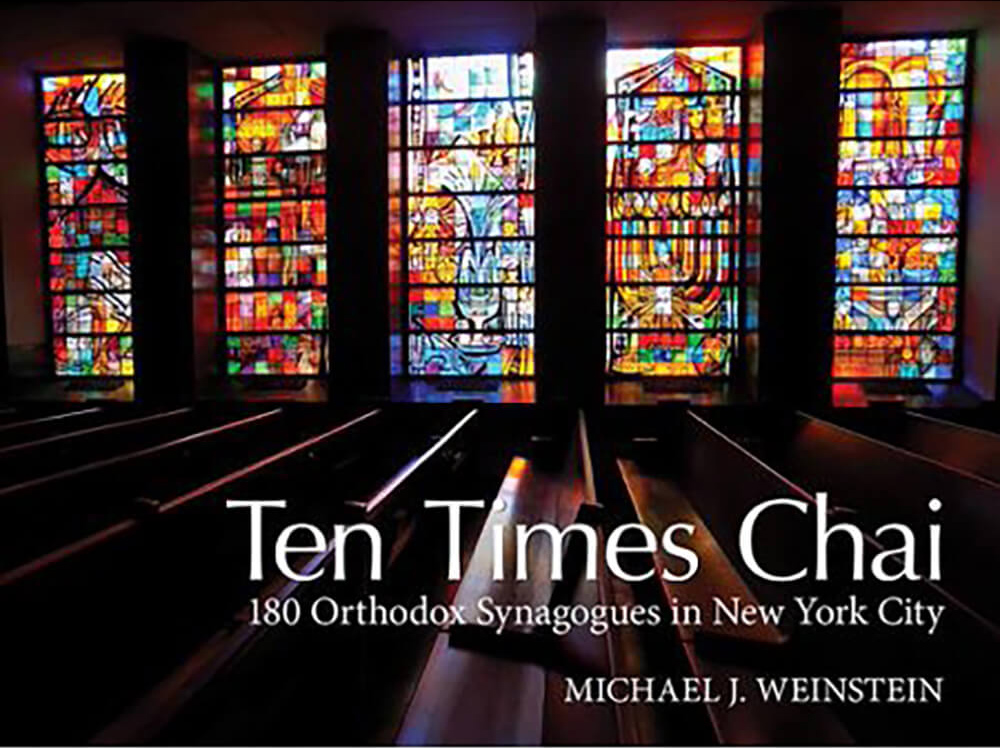 “And whoever saves a life of Israel, it is considered as if he saved the world.” (Mishnah, Sanhedrin 4:5; Yerushalami Talmud 4:9; Babylon Talmud Sanhedrin 37a)

As the Author & Photographer of the book, “Ten Times Chai: 180 Orthodox Synagogues of New York City,” I have been to more than 180 existing orthodox synagogues in Brooklyn, Queens, Manhattan, the Bronx, and Staten Island. Without a doubt, I will tell you that the majority of our NYC synagogues are not secure. Without mentioning them by name, several synagogues have full time security guards, metal detectors, and other security measures such as video cameras. Most others, unfortunately, have little or no security and this must be changed. Cameras, armed security guards, and locks on synagogue doors where only the congregants know the code, must be considered by Rabbis, Synagogue Presidents, Executive Directors, Executive Boards, and others, in each of our precious synagogues, whether they are considered reform, conservative, or orthodox. Time is running out, we must take action, Hishtadlus, before more lives are lost through senseless acts of terror.

Indeed, the principle of “Pikuach Nefesh,” the belief stated in Jewish law that preserving human life should overrule any other religious considerations applies. As we just learned about the shooting at Chabad Poway, near San Diego, California, it should be clear that the situation is life threatening to every Jew and thus, all appropriate actions should be taken. Before the massacre at Etz Chaim, Tree of Life, Or L’ Simcha Congregation in Pittsburgh last year, where 11 Jews were murdered, the shooter yelled “All Jews must die.” After the attack, President Trump tweeted that the attack could have been avoided “if they had protection.” I ask, how many synagogues changed their security measures since the Etz Chaim synagogue massacre?

In the wake of the countless massacres in Israel, in other countries, and more recently in the USA, how long will it take for all synagogue leaders to properly address the real issues of safety and security? Enough is enough. Congregants must demand that adequate measures must be taken. Failure to do so is to accept this ongoing tragedy for the Jewish people. In addition, Kosher supermarkets in each of the 5 boroughs of NYC must learn from these tragedies, such as the massacre in 2015 at the Hypercacher supermarket in Paris where 4 people were murdered. How much money should be spent on armed security guards and other security measures? Does the value of a human life no longer have a price? Enough is enough.

We often walk a tightrope between Bitachon, trust in HaShem, and Hishtadlus, effort. Most of the time, we need to do both, we must trust that HaShem will protect us but we must also take the necessary, although costly steps, of protecting ourselves. No Jew should stay home on Shabbat, or not attend Shacharit. Mincha, or Maariv, because they are afraid to enter a synagogue.

From his hospital bed, as recorded in a YouTube video, I watched Rabbi Yisroel Goldstein of Chabad Poway, speak about the attack on Shabbat, the horrific loss of congregant Lori Gilbert-Kaye, and injuries to others, including himself. Starting his message with “Am Yisrael Chai, Nothing is going to take us down,” Rabbi Goldstein made an appeal, to do something positive, this Shabbos, “Go to your own prospective synagogues, fill up the ballrooms, fill up the sanctuaries, let them see that nothing will take us down. Let them see that this is not going to deter us, it is not going to scare us. Jewish unity is what we need now more than ever. We are all yidden.

And we all need to stand together, hold hands together, love each other, just like the Rebbe (Menachem Mendel Scheerson, Obm, the 7th Rabbi of the Lubavitcher Hasidic Dynasty) taught us. Unconditional love. That a little bit of light pushes away darkness, certainly alot of light pushes away darkness.” May Rabbi Goldstein’s words endure and may he be granted a Refuah Shlema by HaKodesh Boruch Hu. May the Jewish people prepare themselves from future attacks. Over 70 years have passed since the Holocaust ended. May we truly make the proper Hishtadlus and secure our synagogues and our people. May the words of “Never again” become a reality before Moshiach comes. Enough is enough.