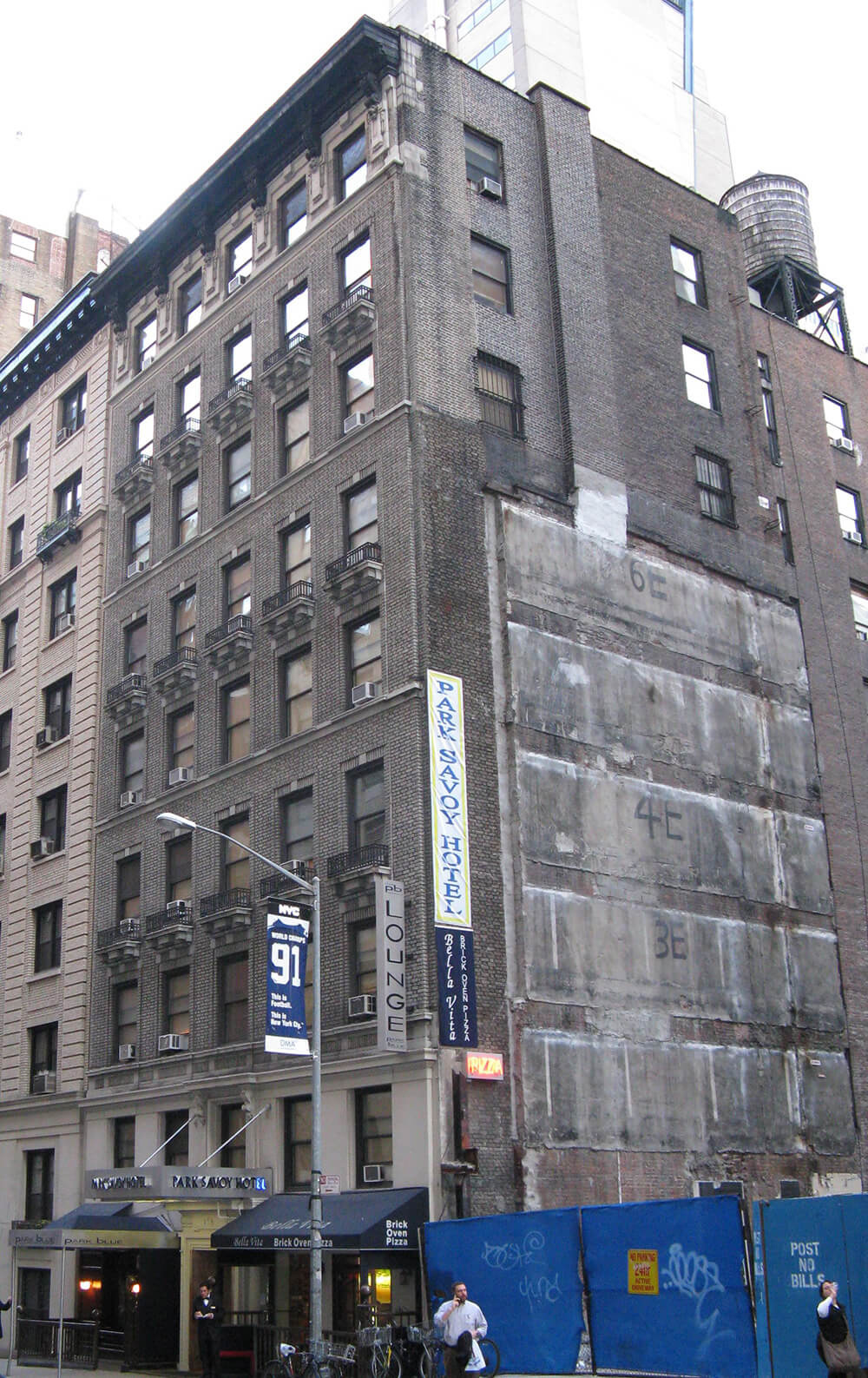 New York City’s Mayor de Blasio wanted to convert the former Park Savoy Hotel into a shelter for 150 men. A judge just said ‘Not so fast.’

Appellate Division Justice David Friedman has temporarily blocked the city from opening the planned homeless shelter on Manhattan’s Billionaires Row by granting an interim stay of a ruling.

In the wake of the judge’s ruling, city officials cannot begin putting men inside the building, which is located at 158 W. 58th St. Next to it is the posh 75-floor One57 apartment building. The ruling also gives both sides until May 20 to post their written arguments.

An attorney for the West 58th Street Coalition, which filed the suit against the city and claims the proposed shelter is a firetrap, told the New York Post on Thursday the group was “committed to making sure this building is not occupied in its current unsafe and nonconforming condition.”

“The city has an opportunity to prevent another similar tragedy before it happens, yet it remains hellbent on opening this shelter in this firetrap of a building in order to satisfy Mayor de Blasio’s political agenda,” lawyer Jeremy Honig told the Post.

De Blasio has loudly and often promised to “turn the tide on homelessness.” A report on homelessness from the mayor’s administration explains that “Today, we face a new kind of homelessness that is driven by years of wages not keeping up with the cost of housing in our city. It’s caused pain for millions and deep pain for thousands of people who have become homeless… Today, 70 percent of shelter residents are families. They are the invisible majority of our homeless crisis. For decades, the City has not done enough both these New Yorkers and the communities where they are sheltered.”

The mayor’s vision relies on three approaches, the report explains:

commercial hotel facilities by the end of 2023;

– Cuts the total number of shelter facilities by almost 45%;

– Keeps homeless people as close as possible to their own neighborhoods and on a path to get back on track.

The report adds, “Now, as a city, we are confronting homelessness head on, openly and honestly. Many of the factors that create homelessness are out of our control, but City government must do all that it can to help these New Yorkers. But the City can’t do it alone – we need families, community leaders and faith-based organizations to help.”