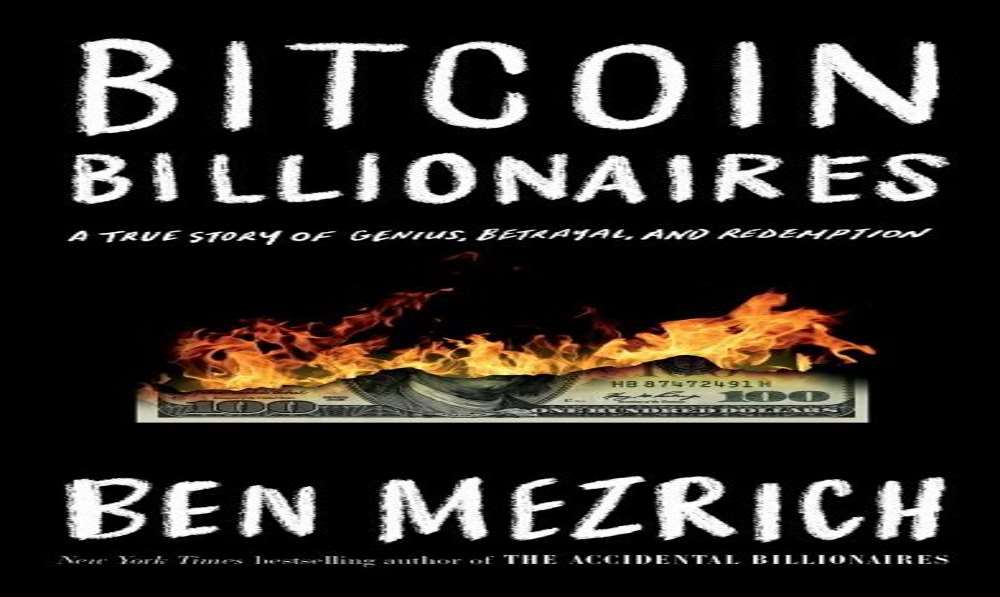 A new book, Bitcoin Billionaires: A True Story of Genius, Betrayal, and Redemption” (Flatiron Books), includes the story of twin brothers Tyler and Cameron Winklevoss and their adventures in the land of crypto-currency. Photo Credit: Pinterest

A new book, Bitcoin Billionaires: A True Story of Genius, Betrayal, and Redemption” (Flatiron Books), includes the story of twin brothers Tyler and Cameron Winklevoss and their adventures in the land of crypto-currency.

Ben Mezrich, the New York Times bestselling author of The Accidental Billionaires and Bringing Down the House, writes about the fascination and frustration that has accompanied the Bitcoin phenomenon.

One of the people the twins met was Charlie Shrem, the founder of BitInstant, one of the first firms to buy Bitcoin for clients. “In his Midtown office, with weed paraphernalia on every shelf, he kept three bongs on his desk — and was toking from one as he met the millionaires,” reports the New York Post.

“Welcome to the ‘Bakery,’ gentlemen,” said Shrem, according to the book. “If these walls could talk — well, they’d sound pretty f–ked up. There’s been a lot of secondhand smoke in this room.” The twins eventually became Bitcoins first billionaires back in 2017, after investing $800,000.

Just over a month ago, the brothers settled their lawsuit against Shrem, whom they had previously said owed them $26 million worth of the cryptocurrency.

“In an April 5 court filing, Judge Jed Rakoff of the U.S. District Court for the Southern District of New York dismissed the case, explaining that the parties had informed the court they had reached a settlement,” according to coindesk.com. “However, both parties have the right to reopen the cause and proceed to trial within 30 days, or by May 5, “if the settlement is not fully effectuated,” the judge wrote. The terms of the settlement are confidential, Brian Klein, Shrem’s lawyer, told CoinDesk.”

Shrem was one of the industry’s earliest advocates, having originally invested in Bitcoin as a college student in 2011, according to a press release. “He believes new users, investors, and builders must understand the history and intent of blockchain and cryptocurrency for the sector to properly progress.”

“Every day, more people enter the crypto space. It’s imperative that these new builders and investors understand how the crypto movement truly came to be and what we’re trying to accomplish,” said Shrem. He will also serve as an executive producer on the project, and work with BlockWorks Group to develop themes, choose featured guests, and manage production.”

In each episode, the release continues, Shrem “will speak with digital asset movers and shakers to uncover the stories of the movement that have never been heard before. These unique “untold stories” provided the inspiration for the show’s name.”

“Charlie is uniquely positioned to explore the early days of cryptocurrency with the very people who built it, said BlockWorks Group’s Co-Founder, Jason Yanowitz. “Untold Stories recognizes the trials and tribulations that went into building the movement that has grown into a multi-billion dollar sector.”