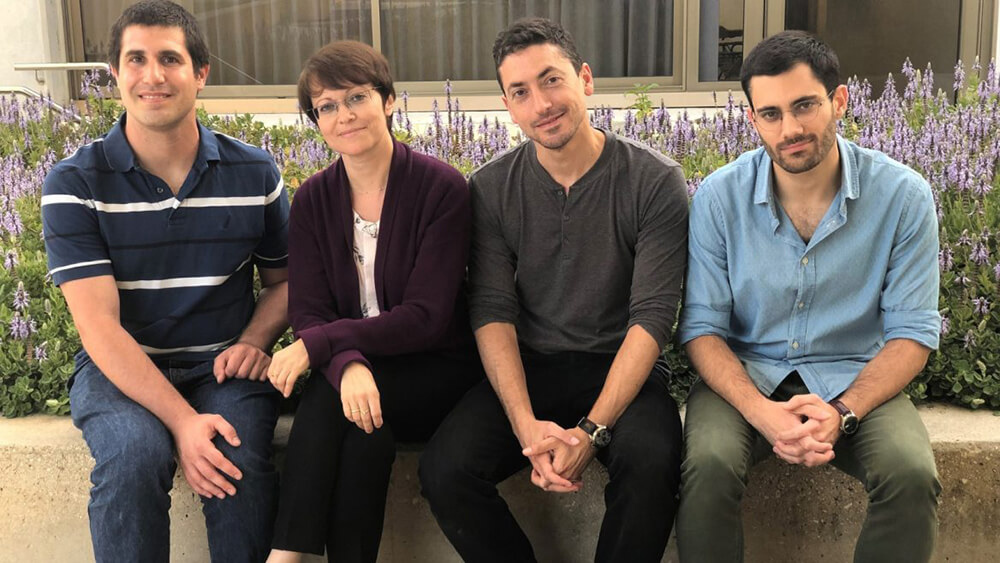 A drug targeting the enzyme DHODH could correct the abnormal set point of the ‘thermostat’ in the brain cells of epileptic patients.

A drug currently used to treat symptoms of multiple sclerosis theoretically could be adapted to treat epilepsy and other brain disorders characterized by unstable brain activity, say researchers in the neuroscience laboratory of Prof. Inna Slutsky at Tel Aviv University.

Among those who could potentially benefit are children with Dravet Syndrome, a rare and severe form of epilepsy often triggered by hot temperatures or fever.

Published in the journal Neuron on April 29, the study solved a century-old mystery about how brain activity stability is regulated.

Slutsky explained that homeostasis – the body’s ability to maintain a constant internal temperature regardless of external conditions — has not been well understood in regard to neuronal (brain) cells.

“The instability of neural activity in various parts of the brain is a main element in a wide range of brain disorders, including epilepsy, Alzheimer’s and Parkinson’s,” she said.

“Most researchers so far have looked for malfunctions in the regulation mechanism that may be perceived as a ‘thermostat’ of neural activity, restoring the neural network to its original set point after every event that increases or diminishes activity.”

The TAU team wondered if the malfunction in people with such disorders is not in the regulatory mechanism but in the set point. Perhaps the system is maintaining a set point that is abnormally high or low.

To test this hypothesis, the researchers focused on epilepsy, in which neural networks in an area of the brain called the hippocampus tend to be overactive.

Since epilepsy is characterized by changes in metabolic activity in the brain, the researches applied a computational model for mapping metabolic processes in cells, developed for cancer research in the laboratory of Prof. Eytan Ruppin of the US Cancer Data Science Lab.

Using available genetic data of epilepsy patients, TAU doctoral student Nir Gonen “turned off” each metabolic gene in the model one by one to identify the gene responsible for the defective metabolism.

Gonen’s search led him to the gene DHODH, which codes for an enzyme that is inhibited by a known drug for multiple sclerosis called Teriflunomide.

“So we decided to test the effect of this drug on brain cells,” said Slutsky.

Then he discovered that when the drug was left in the Petri dish with the brain cells for a prolonged time, the lower level of activity became permanent.

This is significant because most inhibiting substances reduce cell activity for a limited time, following which the original set point is restored.

“These findings led us to suspect that the DHODH affects the set point itself,” said Slutsky. Indeed, further testing verified this suspicion.

“This means that, contrary to the common assumption, we do have the ability to change the set point of neuronal activity,” said Slutsky.

“In other words, a drug targeting the enzyme DHODH can actually ‘correct’ the abnormal set point, bringing it to the normal level. This may well be compared to changing the temperature in an air conditioning thermostat, to set it at a comfortable level.”

A basis for future drugs

As a next step, TAU doctoral student Daniel Zarhin investigated the effect of Teriflunomide in two mice models for epilepsy: an acute model that induces an epileptic seizure immediately, and a genetic chronic model of Dravet Syndrome.

In both models, injecting Teriflunomide into the brain caused brain activity to return to a normal level, and a sharp decline in the severity of epileptic seizures was observed.

When the mice’s brain cells were later studied under a microscope, the researchers found that the Teriflunomide had significantly reduced the abnormally high level of calcium – a known feature of many brain disorders.

“We discovered a new mechanism responsible for regulating brain activity in the hippocampus, which may serve as a basis for the future development of effective drugs for epilepsy,” said Slutsky.

“Drugs based on the new principle may give hope to 30-40% of epilepsy patients, who do not respond to existing treatments, including children with Dravet Syndrome – about 20% of whom die of the illness.”

Her lab is now investigating the effectiveness of this approach for treating Alzheimer’s disease, in which abnormal set points may also play a role.

Slutsky emphasized that Teriflunomide is not normally injected directly into the brain; this was done with the mice because the drug doesn’t pass well through the blood-brain barrier. Therefore, Teriflunomide could not be used in human epilepsy patients until it could be reformulated to improve its blood-brain-barrier permeability.

In addition to several additional researchers from Slutsky’s lab, participants in the study included researchers from the labs of Prof. Tamar Geiger and Dr. Moran Rubinstein of Tel Aviv University and Prof. Dori Derdikman from Technion-Israel Institute of Technology.